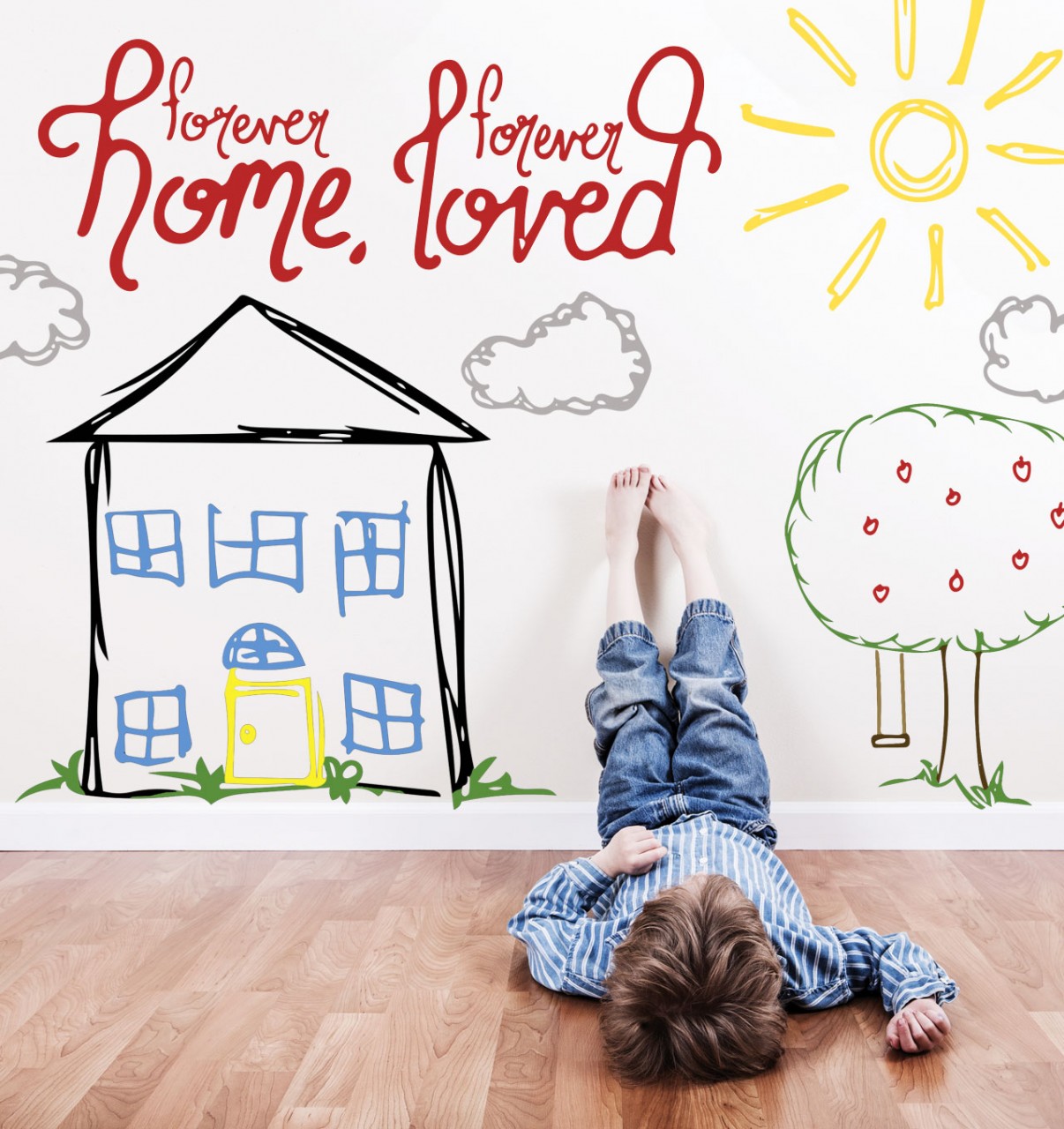 Kristi Price is a contributing writer.

Kim and Anthony Arington had no idea the adventure that awaited them when they began planning their family. Before marriage, the couple talked of adopting after their biological children were grown. Things were going as planned, but while their three biological children, Lexi, Kylie and Aidan, were still quite young, Kim began to feel that God was leading them to do more. She was ready to foster children in need, but Anthony wasn’t so sure.

“I even searched Scripture in hopes of finding a way out of it,” he admitted, “but God kept directing me to passages such as Matt. 25, Eph. 1:5, and James 1:27. All I found were more reasons we should.”

So, the family stepped out in obedience and began the process to foster through The Oklahoma Department of Human Services (DHS).

In September 2010, the Aringtons opened their home with the intention of fostering one child. DHS called them the very next day and asked them to consider taking a sibling group of three. The couple was struck by the desperate need for placement, but their small home and lack of transportation for a family of eight made it impossible. With heavy hearts, they declined.

Later that day, DHS called back and asked if they would consider taking two of the children. They quickly agreed. Zoe and Konnor then began a journey that would forever change the lives of many. From the minute they walked in the door, the couple knew the children belonged.

“I was surprised at how easy it was to think of them as ours,” Anthony said.

In October 2011, these two precious children officially became Aringtons through adoption. But, the story continues.

On occasion, Kim had taken Zoe and Konnor to visit the sibling who had been placed separately. In June 2012, DHS contacted Kim and explained that the sister was having some struggles and thought a visit with her siblings might help. Kim learned that the sister, Kenna, had been in five homes and would soon be moved again. The Aringtons were now in a larger home and could take another child, but 8-year-old Kenna’s paperwork indicated she had “anger issues” because of the turmoil and insecurity in her life.

After a restless weekend of much prayer, the Aringtons knew they wanted Kenna regardless of any issues she might have. She was in their home within a week and that December, Kenna became the newest Arington.

Although the family of eight seems to have meshed beautifully, the trek has not always been easy. Four-year-old Zoe was scared of everything and would remove herself from reality by entering her own world as a way of coping. She often checked the cabinets and refrigerator to make sure there was food. Five-month-old Konnor weighed only 8 pounds, and didn’t want to be held. Kenna struggled to bond. She was born with a club foot, and after surgery, her feet were two different sizes.

Kim explained, “We took her shopping and she cried because it was the first time she had ever had shoes that fit both feet.”

The children have been in counseling and other therapy and the changes in their behaviors are substantial. Freckled-face Zoe is now the creative one. She still loves to pretend, but it is now done in a healthy manner. Konnor has learned how to be loved and held. He is now a rambunctious 5-year-old who loves to cuddle.

In February, Kenna was baptized in the family’s church, McLoud, Covenant Hope Fellowship.

“I didn’t even know who Jesus was until I came here,” she explained.

Now, the once angry girl has the heart of a servant. Kim and Anthony are grateful for the daily opportunity to pour the Gospel into their children.

“We want them to understand their identity in the Lord. We want them to know that He placed them here, not that it was just us who wanted them, but it was the Lord’s plan for them all along,” explained Kim.

Now the Aringtons are onto the next chapter in the story. In December, they became foster parents to a 16 month-old-girl with special needs. Through tears, Kim explained, “You realize there is such a huge need for homes—so many children. Once we put our toes in the water, there was no going back. We are all in.”

Their home is full of children, toys, homeschool curriculum, craft projects, and organic food. But more importantly, it is full of laughter, security and love.

For information on foster care and adoption, call Oklahoma Fosters at 800/376-9729, or contact Oklahoma Baptist Homes for Children at 405/640-0622 or online at www.obhc.org/services/foster-care.