For I was hungry and you gave Me something to eat 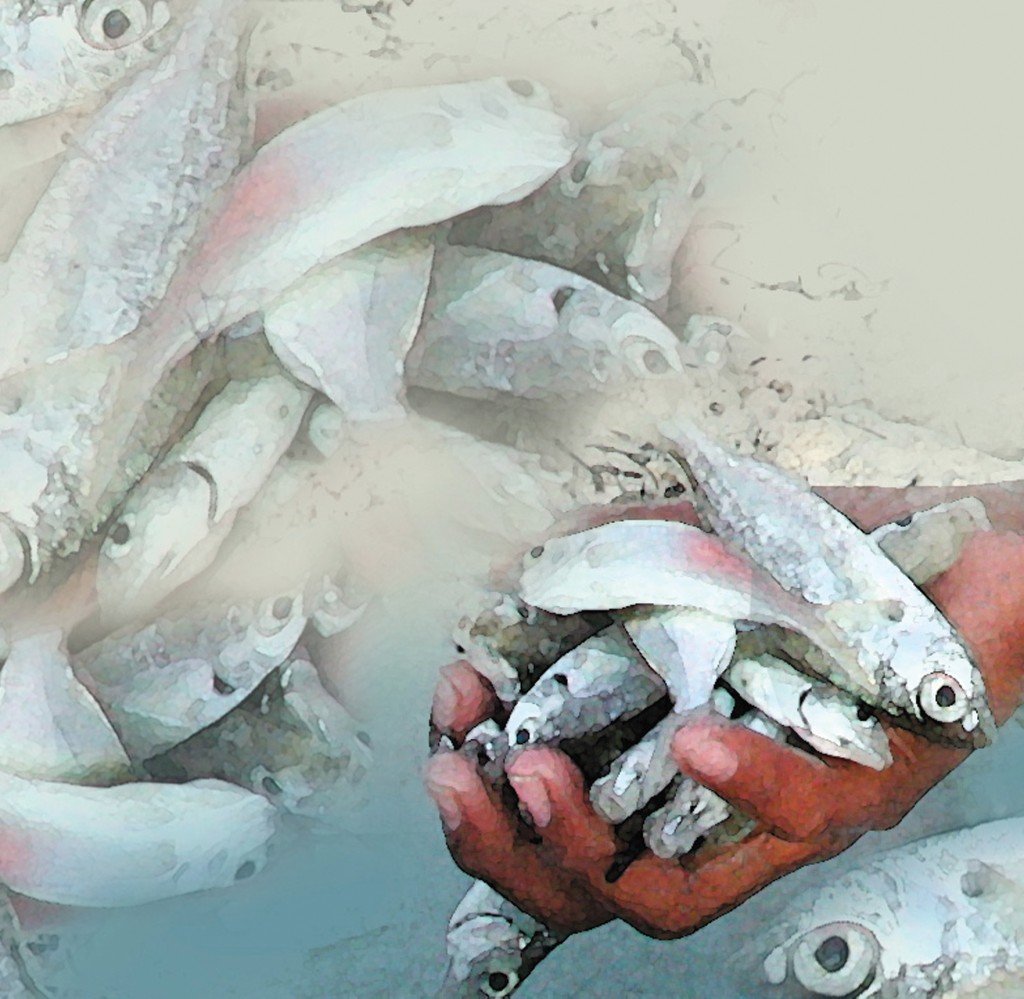 It’s October, and as the dog days of summer fade into memory and the deciduous trees begin to don their patchwork autumn coats of crimson, gold and orange, thoughts turn to the rapidly approaching holidays-a time of feasting and celebration.

Unfortunately, as the “haves” in America look forward to gorging themselves along with family and friends on Thanksgiving and Christmas, more than 35 million “have not” Americans are food insecure, hungry or at risk of being hungry every day, whether it’s a holiday or not.

Consider these facts when you watch that turkey get sliced up on Nov. 22 or Dec. 25 this year:

_ One in four people in a soup kitchen line is a child.

_ 96 billion pounds of food are wasted each year in the United States.

_ 12.4 million children-including 14.6 percent of Oklahomans-live in food insecure households, meaning their family’s access to enough food is limited by a lack of money and other resources.

_ 37 million people in America, 12.6 percent of all Americans, live below the poverty line.

So, what are Southern Baptists are doing about the plight of Hunger in North America?

_ More than 3.5 million meals were fed to the hungry in North America with Domestic Hunger Funds.

_ There were more than 30,000 professions of faith through hunger ministries.

Oklahoma Southern Baptists ministered to 314,795 individuals representing 65,177 families in 2006 through hunger ministries, according to figures supplied by the Baptist General Convention of Oklahoma’s Office of Chaplaincy/Community Ministries. To do that, they utilized 17,464 volunteers, including 831 new volunteers trained in evangelism.

As a result, 745 people made a profession of faith in Jesus Christ, 625 rededicated their lives to the Lord and 91 were baptized.

Through the first three quarters of this year, more than 143,319 persons in 35,000 families have been ministered to by hunger programs sponsored by Oklahoma Southern Baptists. Of those, 448 individuals have made an eternity-changing profession of faith.

Representative of those thousands of Oklahoma Baptists involved in feeding the hungry are the Baptist Mission Center and Grace Rescue Mission in Oklahoma City, ministries of the Capital Association. Through Sept. 30, 2007, those centers utilized 2,814 volunteers who helped feed 88,087 people, had 6,047 evangelistic encounters and saw 173 people make a profession of faith.

On Sept. 18, Oklahoma City, Emmaus presented a check for more than $19,000 it raised through its “3fold Music Fest” to the Regional Food Bank of Oklahoma to benefit the food bank’s “Food 4 Kids” program, which provides chronically hungry elementary school children with a backpack of kid-friendly nutritious food to help sustain them over weekends and holidays throughout the school year.

Bethany, First has for years operated a sidewalk outreach ministry in downtown Oklahoma City every Monday evening, reaching out to the homeless with God’s love in the form of a sack lunch and/or a cup of hot soup and coffee and clothing, such as a pair of socks, a warm scarf, stocking cap, pair of gloves or even a coat in cold weather.

Antlers, First serves about 55 families each Tuesday by giving them a sackful of non-perishable groceries, such as cereal and canned goods. The church also began a program Oct. 5 in the local school to provide a sack of items children can take home to help provide a meal and snacks over the weekend.

Noble, First operates a food closet that provides a box of groceries to feed a family experiencing an emergency. The box contains enough to feed a family for a week, including bread, meat, vegetables, pasta and cereal. Families may pick up a box once every 60 days from the closet, which is open every day from 9 a.m.-noon and 1-4 p.m. At Thanksgiving and Christmas, families may choose either a ham or a turkey to go into their box.

Of course, many churches across the state also are involved in Angel Food Ministries, which provides a month’s worth of wholesome food-both fresh and frozen-to a family for $25.

These are but a few examples of how Oklahoma Baptists are very involved in hunger ministries, and there may be others considering doing so. To help them get started, the state’s Office of Faith-Based and Community Initiatives and the Oklahoma Department of Human Services will conduct “I Was Hungry and You Fed Me” workshops in November to provide information about how to access both state and federal resources for food and nutrition programs.

The workshops will be held Nov. 7 at the Community Food Bank of Eastern Oklahoma, 1304 N. Kenosha Ave. in Tulsa and Nov. 8 at the Castle Falls Special Events Center, 820 N. MacArthur Blvd, in Oklahoma City. The conferences begin at 9:30 a.m. and conclude at 3:30 p.m., with registration at 9 a.m. Lunch is included, and there is no charge for the workshop, but advance registration is required.

To register for the workshops, visit www.faithlinksok.org/FeaturedEvents.htm, or call 405/522-0606.