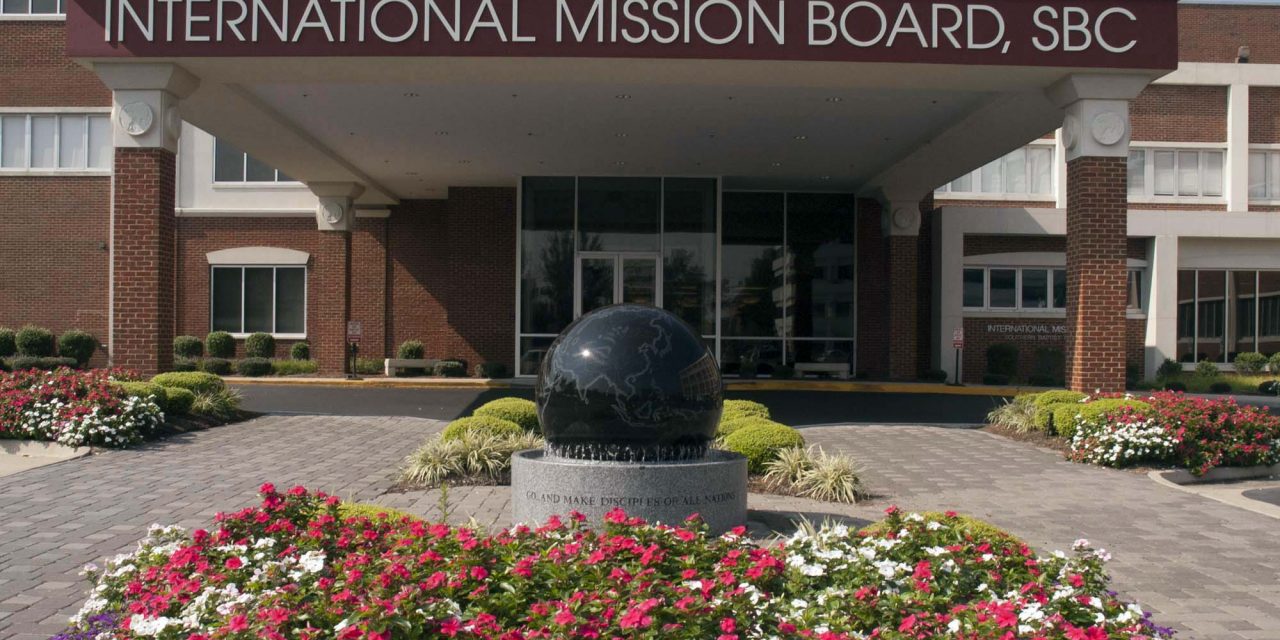 RICHMOND, Va. (BP)—The five years after what was termed a historic financial and operational “reset” for the International Mission Board (IMB) have brought two of the highest Lottie Moon Christmas Offerings (LMCO) ever, but also room for growth in accordance with the goals of Vision 2025.

In August 2015 then-IMB President David Platt and senior leadership announced a plan to address revenue shortfalls within the organization. The decision to do so, Platt said in a town hall presentation, followed a combined six years when the IMB’s expenditures totaled $210 million more than its income.

Over the following months Platt outlined several steps, including a voluntary retirement incentive (VRI) and hand raising opportunity (HRO) to reduce staff and field personnel. After eliminating 30 positions through the closure of its Richmond Communications Center, the IMB reported Feb. 24, 2016, that 1,132 missionaries and staff had accepted the VRI and HRO.

“While this news is disappointing to all of us,” said Ronnie Floyd, then-president of the Southern Baptist Convention, “we know we have prayed for God’s leadership; therefore, we will trust God in this season and with our future as Southern Baptists.”

“This reset is not regress or retreat,” said Floyd, who is now president and CEO of the SBC Executive Committee (EC). “Southern Baptist churches must see this as a fresh calling to reaching the world for Christ. Now is the time to go forward with a clear vision and an aggressive strategy to make disciples of all the nations for Christ.”

The clear vision and aggressive strategy Floyd called for five years ago showed itself in a surge of support from Southern Baptists. When it was finalized that June, the 2015 Lottie Moon Christmas Offering brought a record $165.8 million even as the nation struggled to emerge from The Great Recession. The 2019 LMCO campaign, which ran through Sept. 20, 2020, encountered its own once-in-a-lifetime hurdle – the coronavirus pandemic – and yet rendered the second-highest total in its history at $159.5 million.

Traditionally, the LMCO campaign took place from June 1-May 31. However, that did not align with the IMB’s fiscal year, IMB spokesperson Julie McGowan explained. To alleviate confusion, the IMB’s finance leaders and trustees proposed the change to Oct. 1-Sept. 30. Messengers voted their approval at the 2017 SBC Annual Meeting.

Despite increases in Lottie Moon giving, however, there were 3,604 IMB field personnel on Jan. 31 of this year as opposed to the 4,695 recorded at the end of November 2015. A large reason for that, McGowan said, was a “diminished” pipeline of prospective missionaries that had to be refilled.

“Since his arrival as IMB president, Dr. (Paul) Chitwood has made a concerted effort to rebuild that pipeline, which includes assessment, training and deployment,” she said. “We’ve become more efficient with rebuilding the pipeline, and the number of our candidates has increased exponentially. We’re expecting even more growth in the future.”

Floyd made increased support for missionaries the first strategic point for Vision 2025, an initiative he presented to EC members earlier this week.

“We can accomplish this vision together. We can see a net gain of 500 missionaries by the end of 2025 – if we pray, if we work, if we go, if we call out the called, if we send, if we give and if we cooperate together for this greater cause,” he reiterated in a column posted  on Baptist Press.

Chitwood joined him in that call.

“Today, we are confronted with the fact that 154,937 people die lost among the nations every single day,” Chitwood said. “Thankfully, for the sake of the lost, the IMB is growing again. And I believe Southern Baptists are ready to do more to see that more missionaries are able to go and share with those who have no access to the Gospel.

“As evidence, not only did Southern Baptists give the second-highest Lottie offering in history in the midst of the ongoing pandemic, the IMB appointed 422 new missionaries even while COVID-19 gripped the world. Because of Southern Baptists’ generosity, the IMB is financially strong today. With increased generosity, our goal of adding 500 more missionaries to our overseas force can become a reality.”

With a goal of $175 million set jointly by the IMB and National Woman’s Missionary Union, the current LMCO campaign ends Sept. 30.

“In spite of the overwhelming challenges of a global pandemic and the influence of a self-absorbed culture, Southern Baptists demonstrated a steadfast commitment to steer their resources toward the Great Commission,” said Sandy Wisdom-Martin, WMU executive director-treasurer. “I am grateful for the resolve to focus on what’s most important, sharing hope found only in Christ with the peoples of the world.” The LMCO is a trademark of WMU.

“Reaching that goal will require faithfulness to the task as exhibited by our earnest prayers and sacrificial financial gifts,” she said. “Because of those gifts, we as Southern Baptists will see God’s Word proclaimed. Seeds of the Gospel will be planted and nurtured. People will be brought to faith in Christ. Churches will be started. Christians will be discipled and take their place in God’s plan.

“And one glorious day, we will rejoice with our brothers and sisters in Christ in glory.”