First Person: The Bible is the Word of God

FORT WORTH, Texas (BP)—Words matter. Without them, we cannot make claims or delineate truths. Sometimes, the claim we want to make or the truth we want to delineate focuses on just a single word. Indeed, a recent article illustrates the importance of the very word, “word.”

Mr. Austin later responded to my tweet and essentially said that our tent is not big enough. On that point, we agree. The Southwestern Seminary tent is not big enough for people who deny that the Bible is the Word of God, instead affirming it only as the words of men. The Bible is not merely a record of how ancient men believed they encountered God experientially that somehow God can use today in a neo-orthodox or mystical way. Contra Austin’s assertion, the Bible is a collection of God’s words to us, not just a collection of words about God.

In case you’ve forgotten what the two-decade battle within the Southern Baptist Convention (SBC) was about, our columnist, Terry Austin, stirred up the old debate with a piece he wrote this week about Jesus being the Word of God, not the Bible… You’ll recall that it was this very issue—the 2000 version of the doctrinal statement removed a line about Jesus being the criterion by which the Scripture is interpreted—that caused many of us to finally break away from the SBC and its new devotion to Bible worship.

First, the important theological issues at stake in the year 2000, when I had the privilege of being in Orlando as a messenger to the historic SBC annual meeting where the Baptist Faith and Message (BFM) was revised. It was there, of course, where the long-disputed wording about Jesus being the “criterion” by which the Bible is to be interpreted was clarified.

I was a student at Southwestern Seminary then, and I remember vividly being in the meeting hall during the BFM debate when a Texas pastor declared that the Bible was “just a book.” It is worth remembering that the original BFM adopted in 1925 did not include the criterion sentence. Indeed, it was added in 1963 specifically to rebut claims about the Bible coming out of the Elliot Controversy—a harbinger of the Broadman Bible Commentary controversy just a few years later.

Garth Pybas, a member of the 1963 BFM revision committee, later went on record that the criterion statement was included precisely to refute claims of the Bible being just an error-filled book written by men. Unfortunately, because the criterion language was often used by some leaders and professors in Convention life to drive a wedge between Jesus and the Bible, claiming that the former, but not the latter, is the Word of God, clarification was necessary again in 2000.

The desire behind a broader interpretive understanding in 1963 is made clear in a 2004 doctoral dissertation by A.J. Smith. Through extensive research, Smith discovered that the original draft language of the criterion sentence was more expansive: “the person, work, and teachings of Jesus Christ.”

After reviewing that language, Dale Moody, theology professor at Southern Seminary, replied that the phrase “teachings of Jesus” should be struck as it was “already being used by fundamentalists to prove that Moses wrote all five books of the Pentateuch… the unity of the book of Isaiah… and the Exile date for Daniel.” He knew the original draft language would undermine what many of his faculty colleagues were already teaching, and argued (successfully) that it should be reduced simply to “is Jesus Christ,” thereby allowing interpretive latitude for those whose trajectory was ultimately to separate Jesus from the Bible as “the Word of God.”

Second, I am reminded of the claims made after the 2000 SBC Annual Meeting by some dissenters to the updated confessional language removing the criterion sentence and replacing it with the affirmation, “All Scripture is a testimony to Christ, who is Himself the focus of divine revelation.” Carolyn Weatherford Crumpler, former Woman’s Missionary Union executive secretary and early leader with the Cooperative Baptist Fellowship (CBF), was quoted at the 2000 CBF general assembly saying that “Southern Baptists have the Bible as their authority while the CBF has Jesus as theirs.”

Such a sentiment is utter nonsense. What Jesus is she referencing? The Jesus of Scripture. There is no true knowledge of Jesus apart from that which we find in the pages of the Bible. It is a fool’s errand to pit Jesus and the Bible against each other. Her sentiment, however, demonstrated the deep divide between conservatives and moderates at the time.

The 2000 debate about the Bible was the crescendo of the Conservative Resurgence, which worked to clarify unambiguously where Southern Baptists stood on this critical issue. The Bible is the Word of God, and here we stand with clarity and conviction. Not a single person on the faculty of Southwestern Seminary today believes otherwise, and I am confident the same is true of our five sister SBC seminaries.

All Southern Baptists can and should have confidence that the same convictions fought for in the Conservative Resurgence are maintained today. There is not and should never be any liberal drift related to the inspiration, authority and sufficiency of the Bible as the written Word of God. Because, after all, words do indeed matter. 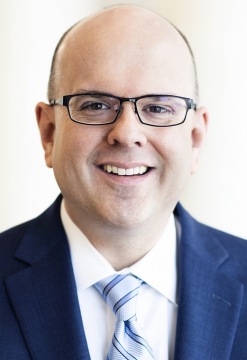 Adam W. Greenway is president of Southwestern Seminary and Texas Baptist College in Fort Worth, Texas.

View all posts by Adam Greenway