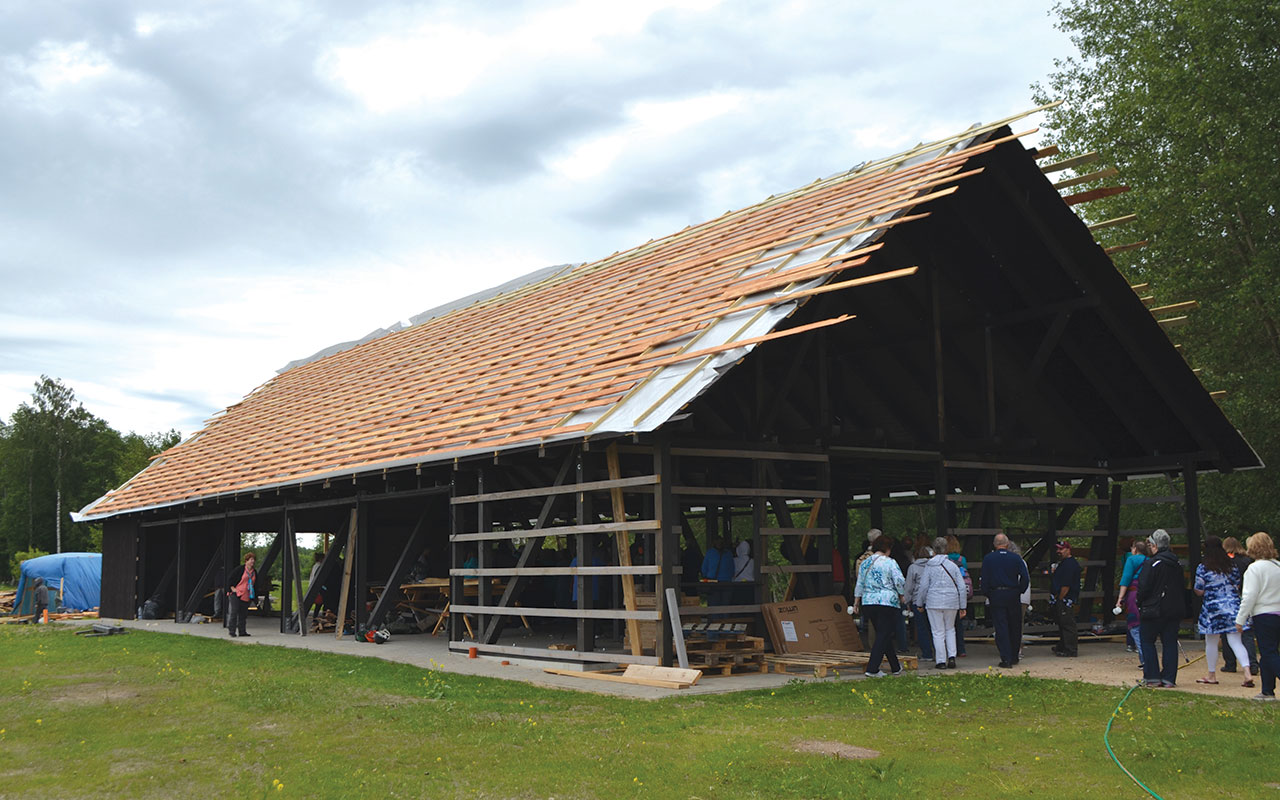 RIGA, Latvia—Long after the words of “You Are God,”—the finale of each Singing ChurchWomen of Oklahoma’s (SCW) concert—had faded into the Latvian twilight for the last time, director Randy Lind had a special message for the 110 singers, their orchestra and traveling companions at a farewell dinner June 7.

Gathered at the Kalku Varti Restaurant, Lind said, “From the very beginning, it was evident that God had His hand in all of this. My prayer is, that as we leave, we let the fragrance of Christ mingle with the people of this beautiful country.”

The SCW had certainly done that through three major concerts in all, and in other venues and churches in smaller groups during their mission trip, May 30-June 9. They also left several items behind to help their Latvian Christian brethren share the Gospel through music, including, a sound system, handbell music books, pads and covers, two keyboards, an electric bass guitar, an acoustic guitar, a trumpet, a set of drums and several music stands.

At the farewell dinner, the SCW gave Lind a Latvian hymnal signed by everyone on the trip. Making the presentation were co-presidents Linda Teel and Angela Lind, Randy’s sister, who said, “Randy truly has the heart of God and lives for Christ every day.”

Earlier that day, the group visited the Baltic Pastoral Institute’s (BPI) Camp Gantbas located on the Uzava River less than one mile from the Baltic Sea on the far northwest coast of the country.

Latvian Baptist Union (LBU) Bishop Peteris Sprogis gave a brief history of the camp, where the first baptisms were conducted in 1861. The Baptist General Convention of Oklahoma (BGCO), which forged a three-year partnership with the LBU last November, is supporting the camp, which conducts a variety of activities, including a camp which recruits new students for the BPI. The BPI has 49 graduates, and currently has 13 students.

The BPI has several other initiatives: a pastoral ministry program that trains and strengthens leaders, a music leadership school, a Timothy School to train children’s ministers, a Ministry Strategic Development Center to strengthen churches, church planter training that equips, trains and mentors church planters and their teams, and a library that offers high-quality literature based on Christian values to help the reader grow both personally and in their ministry.

“Our goal is a growing global missions movement that originates in the Baltics,” Sprogis said, pointing out that the LBU has sent assistance to the country of Jordan.

The BGCO, in conjunction with Oklahoma City, Southern Hills, recently gave $8,500 to dig a much-needed water well for the camp, and the Convention has provided $50,000 to help construct a new pavilion there and for other improvements. The pavilion, when finished, will seat 200 people, Sprogis said.

Before having lunch at the scenic camp, Sprogis encouraged the SCW to gather inside the pavilion, which was still under construction, and pray and sing. Lind led the huddled group in four well-known hymns, the final one which has been sung in countless pavilions across Oklahoma, including one in a special place called Falls Creek: “Victory in Jesus.”