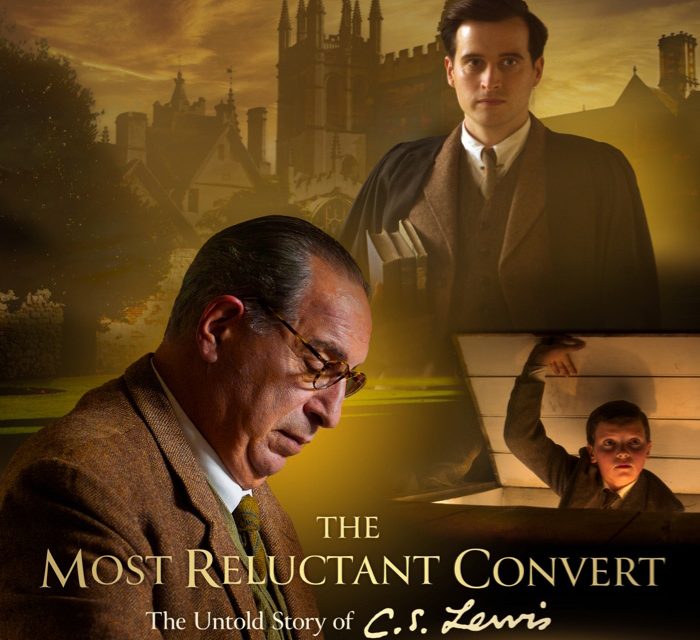 The movie follows Lewis’ life story from the tragic childhood experience of losing his mother, to his time at Oxford University, where his friendship with fellow authors like J.R.R. Tolkien challenged his atheistic worldview.

The film stars actor Max McLean, who portrays Lewis as an older man and serves as the film’s executive producer. It is directed by Norman Stone, known for the BBC television film “Shadowlands,” also about Lewis.

The unusual or “unlikely” Christian conversion of Lewis out of atheism is something historian and Lewis expert Joseph Loconte said could potentially change the way Christians view the issue.

“When you look at the conversion of Lewis, it broadens our understanding of what Christian conversion is, at least it did for me,” Loconte said. “God works in many different ways in people’s lives, and probably for most people there are many experiences that become part of our conversion experience.

“I really do believe there is spiritual awakening, or a moment in someone’s heart and soul where they pass from death to life, but there are a lot of experiences and activities that I think go on before that moment that God is of course a part of that are preparation for that moment. That is certainly the case with C.S. Lewis. His conversion to Christianity out of atheism was a process over a long period of time, and there was a combination of authors and friends who contributed to his conversion process. They were links in the chain, if you will.”

Loconte is a senior fellow in Christianity and Culture at The King’s College in New York City and author of the New York Times bestselling book “A Hobbit, a Wardrobe and a Great War: How J.R.R. Tolkien and C.S. Lewis Rediscovered Faith, Friendship and Heroism in the Cataclysm of 1914-1918.”

Loconte, who has studied Lewis’ life extensively, said McLean knows the life of Lewis “better than any living person right now,” and is perfect as the one to depict key moments in his conversion story.

Some of those key moments for Lewis showcased in the movie include his friendship with fellow literature enthusiasts at Oxford such as Hugo Dyson and Tolkien, who would meet to discuss their research and writings in a group that would come to be known as The Inklings.

Loconte also described a particular conversation between Lewis and Tolkien. The two walked and talked deep into the night discussing the idea of myth.

Lewis, who at the time could have been described as agnostic, had the assumption that Christianity was simply another great myth like all of the rest of them.

During their walk, Tolkien explained that Christianity is actually the great myth that became fact. The concept of examining the Christian worldview as the true myth of the universe is what Loconte described as life-changing for Lewis.

“That conversation with Tolkien was an intellectual breakthrough for Lewis, and probably only Tolkien could have spoken into his mind and imagination in that way in that moment in his life,” Loconte said.

Lewis’ future work as an apologist and fiction author, with titles such as “The Chronicles of Narnia,” and “Mere Christianity,” reflects his deep connection to what Loconte described as “the human condition” – things such as truth, beauty and longing.

It was a combination of relationships and literature he read that led Lewis to finally discover the truth of the Christian faith as the answer to his questions.

In his book “Surprised by Joy,” Lewis describes his actually moment of conversion when he was traveling to visit the zoo one afternoon with his brother.

He writes that when they left for the zoo he was not a believer in Jesus Christ, but when they arrived at the zoo, he knew he was a Christian.

Loconte said the film is a good way for audiences to get to know Lewis.

“It’s really important to humanize these individuals that many of us regard as heroes of the faith, and to understand the struggles and the challenges they had to overcome in their life in order to come to faith,” Loconte said.

“The movie is a terrific thing for us in that we get to connect to these men and women in a way we otherwise wouldn’t, and realize the same struggles and sorrows that we face didn’t overwhelm them. We’ll have a chance to see the grace of God in his life in a way we couldn’t have otherwise imagined on the screen.”

The movie trailer, as well as other information such as show times and locations, can be found here.

The project is produced by the Fellowship for Performing Arts (FPA), a Christian stage performance company founded by McLean, who previously portrayed Lewis in an on-stage production of the same name sponsored by FPA.