Falls Creek Spring Retreat: College or not, campers equipped to be Christian thinkers 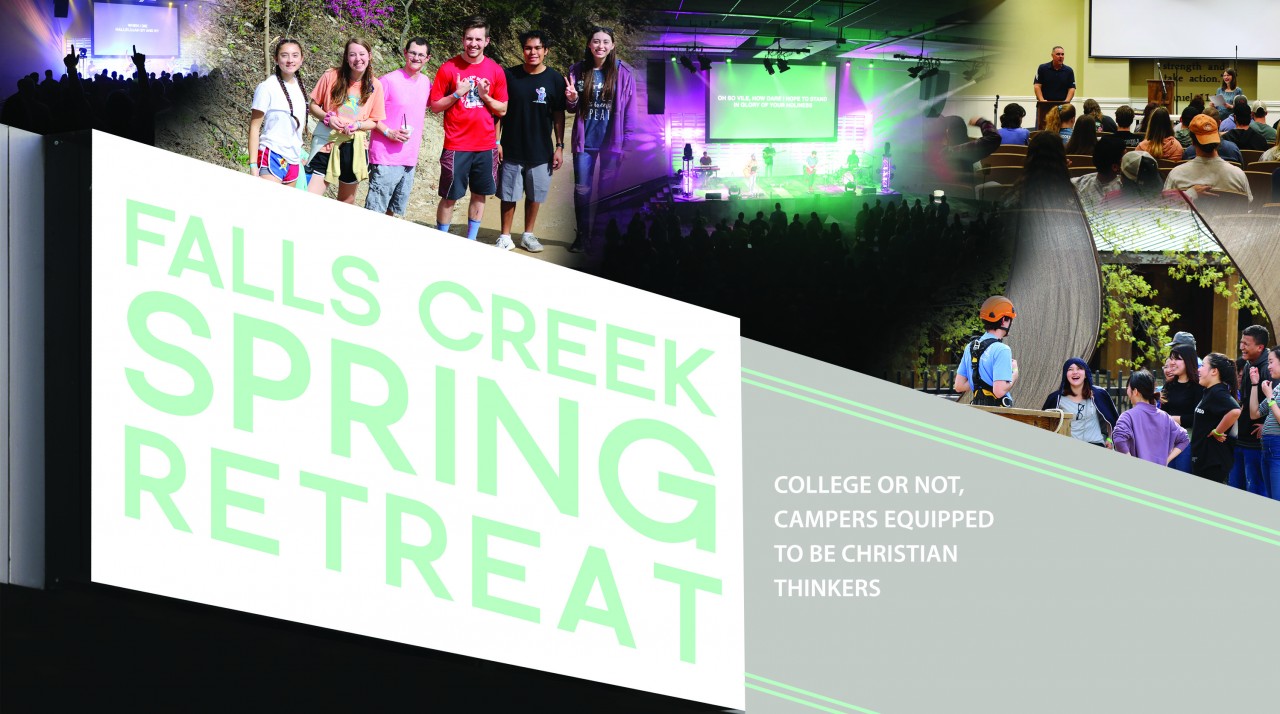 DAVIS—Over the weekend of April 5-7, nearly 800 18-24 year-olds were taught how to become ‘Christian Thinkers.’ Spring Retreat, now in its fifth year, has become a popular springtime destination for 18-24 year-olds, in college or not.

Spring Retreat is designed to be a time of fellowship and learning for college students, those who work vocationally, international students and more. 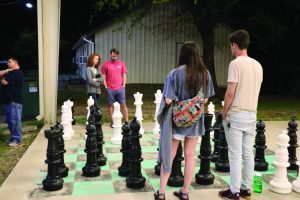 Campers face each other in a life-size game of chess during after hours free-time.

Mike Romero Band led the weekend in worship, and Jeremiah Johnston was the main speaker for the two main sessions in the Mathena Family Event Center.

Johnston challenged the young adults attending to be Christian thinkers in a world where their faith is constantly questioned. Johnston is a New Testament scholar, author, nationally syndicated radio host, apologist, a contributor for Fox News, and ministers internationally as president of Christian Thinkers Society. Johnston’s passion is working with local churches and pastors in equipping Christians to give intellectually informed accounts of what they believe.

Johnston challenged campers to create seven “I am” statements about their identity in Christ over the course of the weekend. He began the first main session by stating, “According to the Gospels Jesus asked over 300 questions and (gave) 613 commandments.”

He continued his challenge, pointing out that “Christians are faced with graduate level of skepticism about our faith daily. We cannot answer with a sophomore level response.” Johnston cited 1 Cor. 15:3-7 as he gave several ways to answer questions about Jesus being real to the unbeliever. 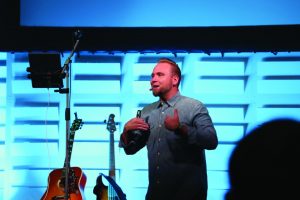 Jeremiah Johnston taught apologetics and how to become equipped to be a ‘Christian Thinker’.

On Saturday, campers attended breakout sessions on a wide array of topics. Tim Brinkman led a breakout session called “How long, O Lord? Can I be a Christian and Depressed?” In the breakout, Brinkman discussed whether depression is a physical or spiritual issue. He also taught those who attended how to help a friend who is depressed by knowing what to do and what not to do from a biblical worldview.
There were men-only and women-only breakout sessions discussing “Automatic manhood” and “What do you meme? A battle for identity.”

Breakout sessions specifically for international students were, “What’s the big deal about Easter?” and “How is Christianity Different From Islam, Hinduism, Buddhism, Atheism, etc.?”
During free-time, volleyball, basketball and video game tournaments were held for campers that wanted to participate. Additionally, the zip-line over Baptist Lake was open for those who wanted to “fly” over Falls Creek. 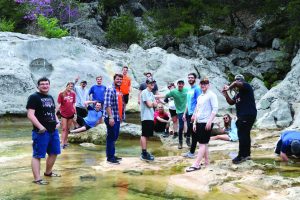 On Saturday evening, Johnston taught again about answering questions the culture is asking of the Christian faith.

Johnston quoted the famous baseball player Babe Ruth who said, “It’s hard to beat someone who doesn’t give up,” and said the church should feel the same way when it comes to reaching the lost.

He added the topic of mental health to the lesson, saying the Church needs to adapt the following practices to reach those who struggle with mental health: Stop the silence, stop shame and exclusion and show up for people by practicing the ministry of presence.

On Sunday morning to conclude Spring Retreat, Johnston taught about Christianity and the paranormal.

Johnston said, “The ‘Paranormal’ always teaches a false gospel, makes promises it cannot keep and will always bring me into bondage and confusion,” citing 2 Cor. 11:14, Acts 17:11 and Deut. 13.

For student resources, to support Baptist Collegiate Ministries and for more information relating to future events for 18-24 year-olds, college or not, visit www.bgco.org/ministries/collegiate/spring-retreat.