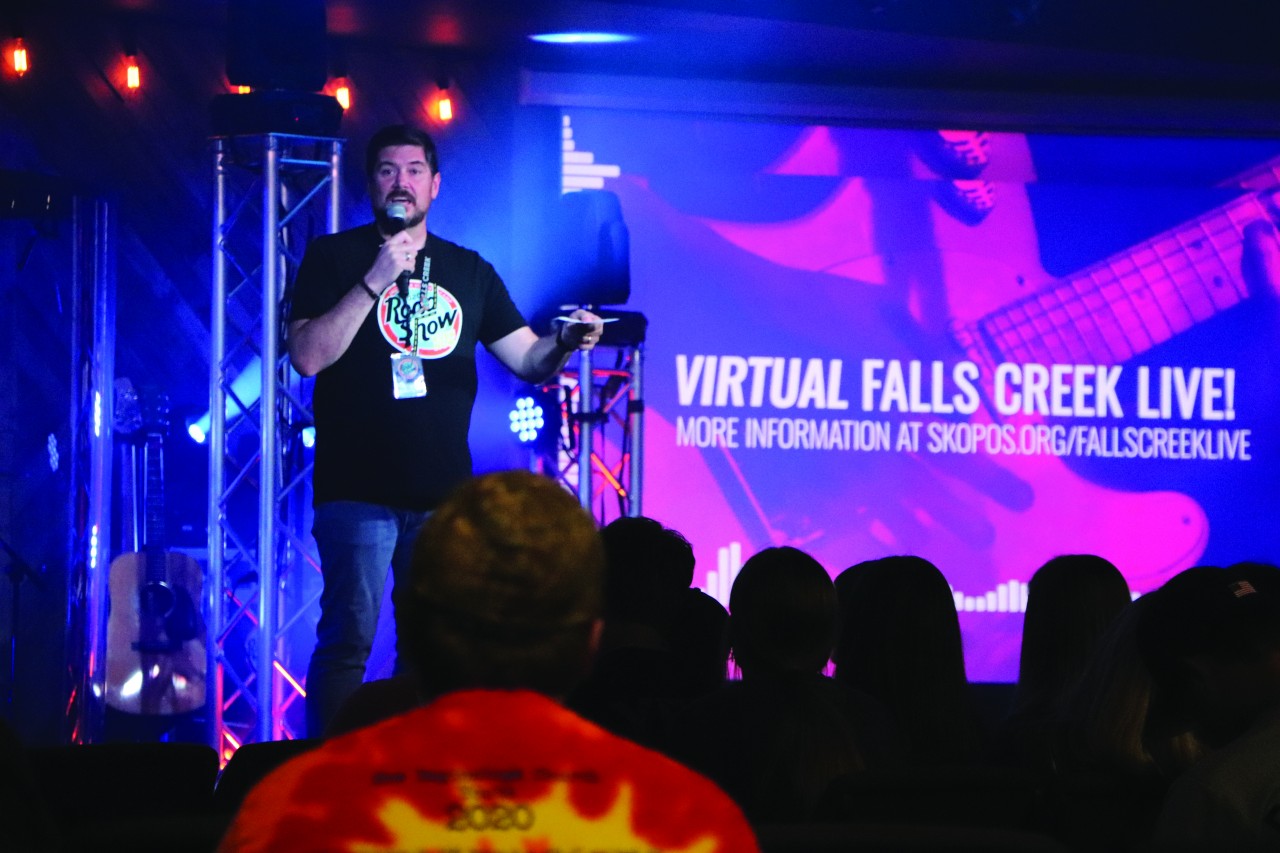 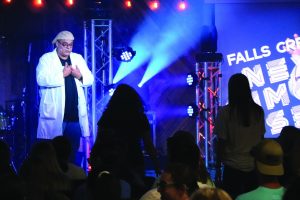 ‘Simone Says’ continues to be a fun Falls Creek tradition that has made appearances at some Road Shows.

The decisions included 42 professions of faith in Christ, 36 calls to ministry and 67 other decisions. As far as attendance, the Road Shows have seen more than 100 students at each stop. The most recent Road Show was at Southwest Baptist Assembly, near Lone Wolf, where 209 students attended.

Road Shows have featured either Brian Mills, pastor of Yukon, Trinity, or Stuart Henslee, pastor of Pryor, Life Fellowship, as the Road Show preachers. Cody Dunbar and his worship band or Summit OK Collective have led times of worship through music.

Caleb Freeman and his father Jeremy Freeman, pastor of Newcastle, First, have shared Caleb’s miraculous story at each Road Show. Students have listened intently as the Freemans spoke about the car wreck Caleb experienced in December 2017 and how God has blessed him abundantly. Recovering from a major brain injury, Caleb now eagerly shares Christ with everyone.

From left, Charlie Gatton, Alexandra Bays and Todd Sanders talk with Blake and Marissa on the phone. Their conversation is part of a video presentation to students, sharing about Blake and Marissa’s experiences as international missionaries.

Road Shows also offer a major emphasis on missions. Each event features a video of Sanders with Alexandra Bays, Oklahoma Baptists student ministry assistant, and Charlie Gatton, childhood ministry partner for Oklahoma Baptists, talking over the phone to a missionary couple, identified as Blake and Marissa.

“We are going to make a call to two missionaries,” Sanders said in the opening of the video. “These missionaries were Oklahoma Baptist students. They were sitting where you are, just a few years ago. Now they are on the field in a place where we can’t mention. As a matter of fact, for security purposes, we’re not even going to use their real names.”

The seven-minute video is an eye-opening experience for many Oklahoma Baptist students who may not realize that many international missionaries have to go through heightened security conditions. These missionaries have to protect their identities and other details of their lives, in order to serve in countries that do not allow Christians to practice their faith.

Blake and Marissa shared how God called them to serve in international missions. They applied to serve overseas soon after their honeymoon, Blake said.

“I didn’t think it would be as quickly as it was,” Marissa said about their process of becoming missionaries, “but we knew this didn’t surprise God.”

In the video, the couple helped students understand how God does work, encouraging students to consider serving in international missions. “God is worth it,” Blake said. “He’s worthy to serve, to do whatever He calls us to do. We are going to follow God, no matter where He calls us. He’s worth it.” 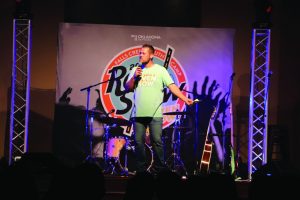 Brian Baldwin tells students why now is the best time to serve in international missions.

Brian Baldwin, student evangelism and missions partner for Oklahoma Baptists, spoke with students at the Road Shows on why now is “the greatest time for missions.”

“Some think it would be better to have lived in the Bible times or early centuries,” Baldwin said, “but in terms of possibilities, opportunities and resources, there’s no better time than now.”

Baldwin made a presentation of seven reasons to encourage students to serve now in missions. The reasons include Christianity’s strong presence in the world; more cities are accessible in the world; the world has a younger population now and is more receptive; immigration in the U.S. has made it possible for us to connect with numerous international groups; advanced technology makes it possible to travel anywhere in days; globalization has allowed Christians to relate more with other cultures; and English is the universal language in education, business and research.

Both the video featuring Blake and Marissa and Baldwin’s presentation of international missions have made strong influences on Oklahoma Baptist students.