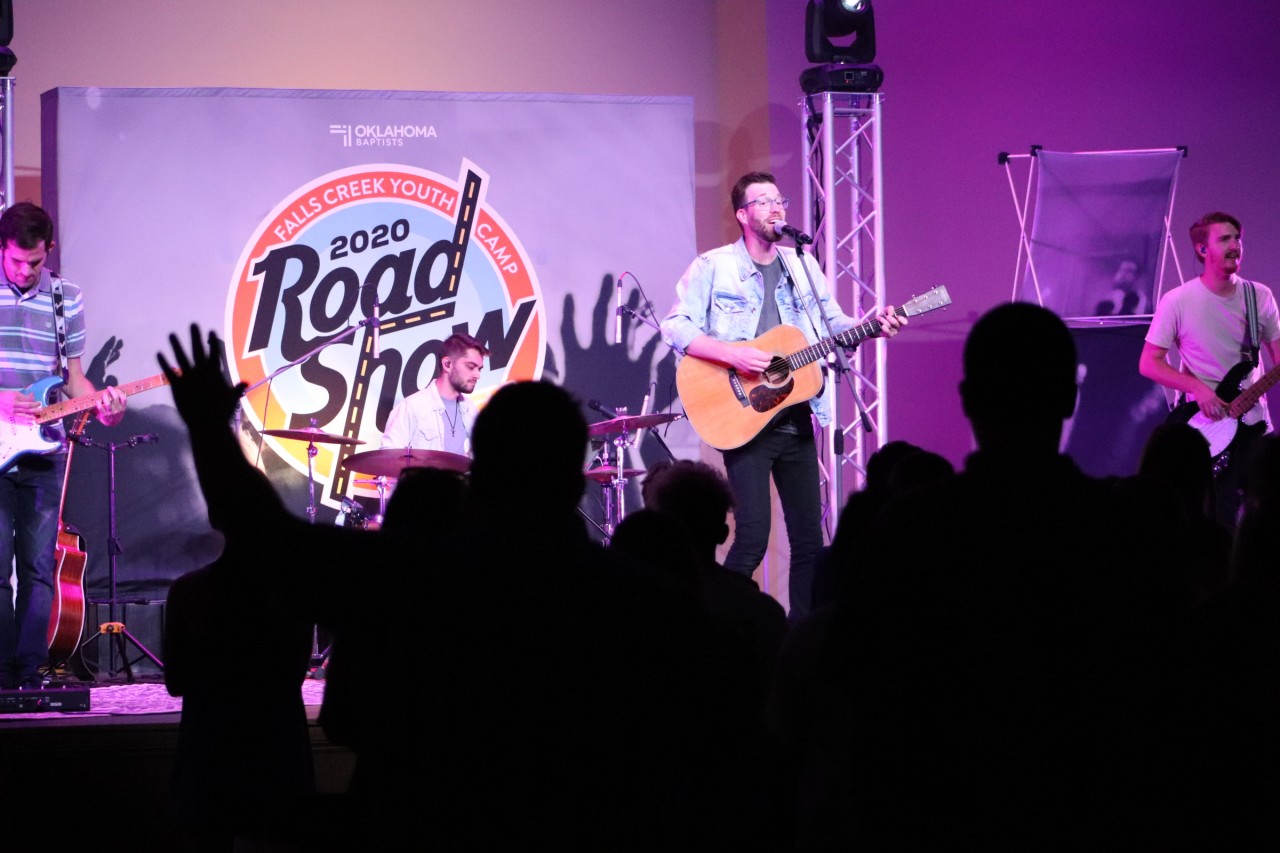 The first two stops on the Falls Creek Road Show took place in Cushing and Woodward in late June. The events were attended by students from area Oklahoma Baptist churches with about 150 students gathering in Cushing June 26 and more than 100 in attendance June 30 in Woodward. 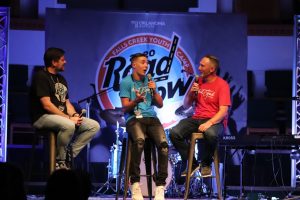 The Road Show was developed by Oklahoma Baptists youth ministry to be offered as an alternative when it was determined that the popular summer camp would not be hosted at the conference center near Davis because of the Coronavirus outbreak.

Brian Mills, pastor of Trinity, Yukon, is the Road Show speaker in the first seven of the 14 events. Mills said he believes the Road Show is off to a good start.

“Todd Sanders and his team have put together a dynamic program to take all across the state,” Mills said. “And the effort he and his team have put in, I think the Lord is showing His favor on their work. The students have been very engaging and responsive. You can tell they are inviting the unchurched, because we are seeing people come to know the Lord.” 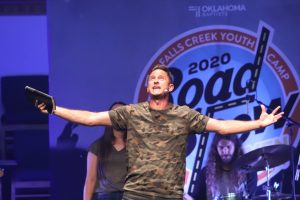 Brian Mills preaches the Gospel to students at the Woodward Road Show.

Another speaker at the Road Show events is 19-year-old Caleb Freeman, who was severely injured in a car accident in December 2017 and has been featured extensively in the media for his miraculous recovery. Freeman shared his testimony of faith in Christ and was candid about how his faith helps him in his struggles as he continues to rehabilitate from injuries from the wreck.

Freeman, a 2020 graduate of Newcastle High School, encouraged seniors and other students at the meeting to not let the confidence of youth cause them to neglect to respond to the Gospel.

Jeremy Freeman, Caleb’s father and pastor of Newcastle, First, interviewed Caleb at a recent Road Show and asked him, “If you were sitting in the audience, like these students, and you were hearing your story for the first time, what would you think?”

Freeman replied, “I would think, ‘Oh that’s awful for that kid. But that wouldn’t happen to me, I’m pretty much invincible.’ But the truth is, something bad could happen to you. You’re probably going to get in the car after this and drive home. And you could get in a wreck. You always need to make sure, you are in a relationship with Jesus Christ, because that’s the only thing that gives you hope.”

Worship at the Falls Creek Road Show was led by Cody Dunbar in Cushing and the band Summit OK Collective in Woodward. The Road Show will continue with events across the state through July 29. For more information and to register, visit skopos.org/fallscreek.