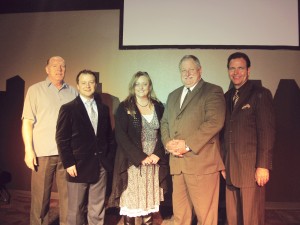 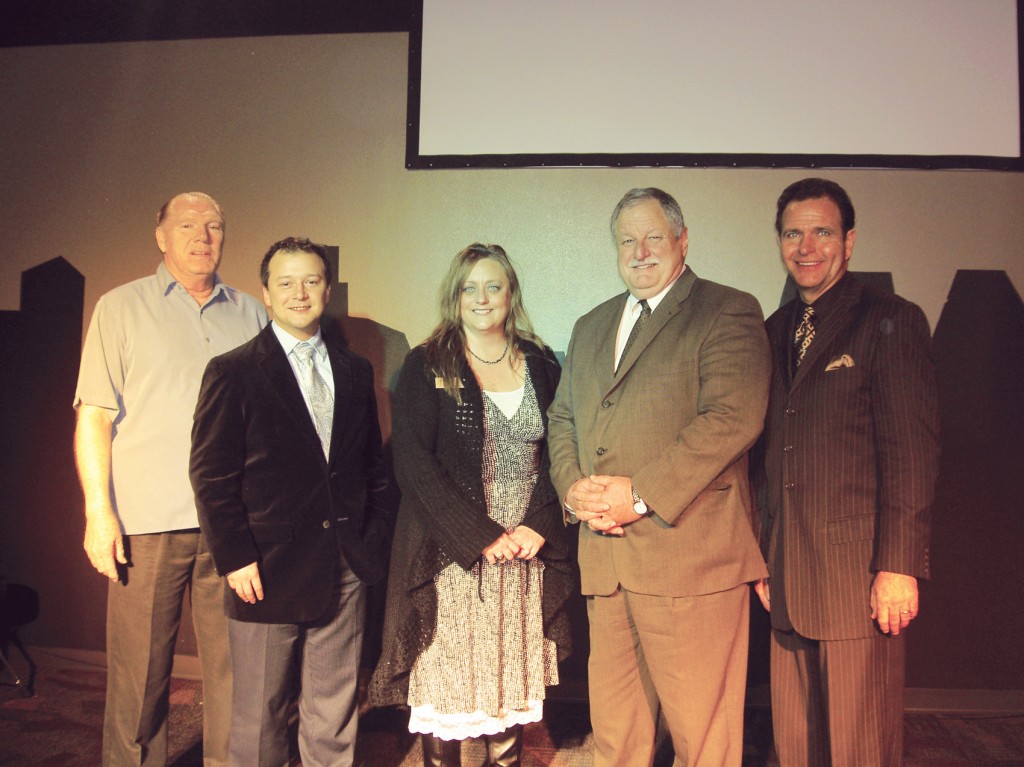 Contrary to what many believe, there is a spiritual gift of evangelism, Ernie Perkins told those gathered at the Vocational Evangelist session of the State Evangelism Conference.

Speaking during the opening session, Perkins, an evangelist from Okahoma City, said people will deny that, saying evangelism is a spiritual obligation.

Perkins said he believes winning and evangelizing people for Jesus is the major task of the church, but also one of the hardest things for most Christians to do.

“Of all the tasks God has given us, personal soul winning is the hardest,” he confessed. “We think if we just knew more soul winning methods, or if we became a Sunday School teacher, deacon or preacher, it would become easier.”

He said some can evangelize easily, and those may have a tendency to question others’ love for Jesus because it is not easy for them.

Perkins said he believes witnessing to the lost is a discipline that can be taught.

Also speaking to the Monday morning session were Clint Sinclair, Okemah; Richard Bailey, Ada, and George “Marty” Brock, Cushing, who is president of the Oklahoma Conference of Southern Baptist Evangelists.

“Lost people don’t need revival,” he explained. “They need to be made alive in Jesus, but it is the saved who need revival.”

He said the prerequisites for revival are holiness, hope and humility.

“Most people don’t have a clue what holiness is,” he admitted. “It’s not how you wear your hair, whether you wear neckties, or blue jeans or a dress. Holiness is how much you love Jesus.”

He added that people who are downtrodden with no hope and no future need revival.

“You never die in Jesus Christ,” he affirmed. “That will give you hope.”

And he said, you have to be humble.

“You don’t quit on God because you don’t get to do everything you want to do,” he said. “You can’t have revival without the cloud of God’s presence.”

Bailey said when people become Christians, their lives should be different.

“People are trying to fit into a mold that leads to Hell,” he asserted. “The church has tried to fit in with the world. I know 37 men who left the pulpit because of adultery, and I know five who left because their wives ran off with other women. If you claim the name of Jesus, keep it out of the muck.”

He said we tend to worship the things of this Earth and play with God instead of the other way around.

“We had better get some uncommon people, or we are going to lose this country,” he said. “God didn’t save you to be ordinary. However, very few are going to be uncommon, because they are not willing to pay the price.”

Brock told those gathered in the auditorium of Moore, First that the Christian life is played out on the battlefield.

“Are you noticing victory over your foes?” he asked. “We have a foe called Satan, and a foe called ourselves.”

“To be a part of God’s new thing, you have to admit your failures, acknowledge His faithfulness and claim His promises,” he said.