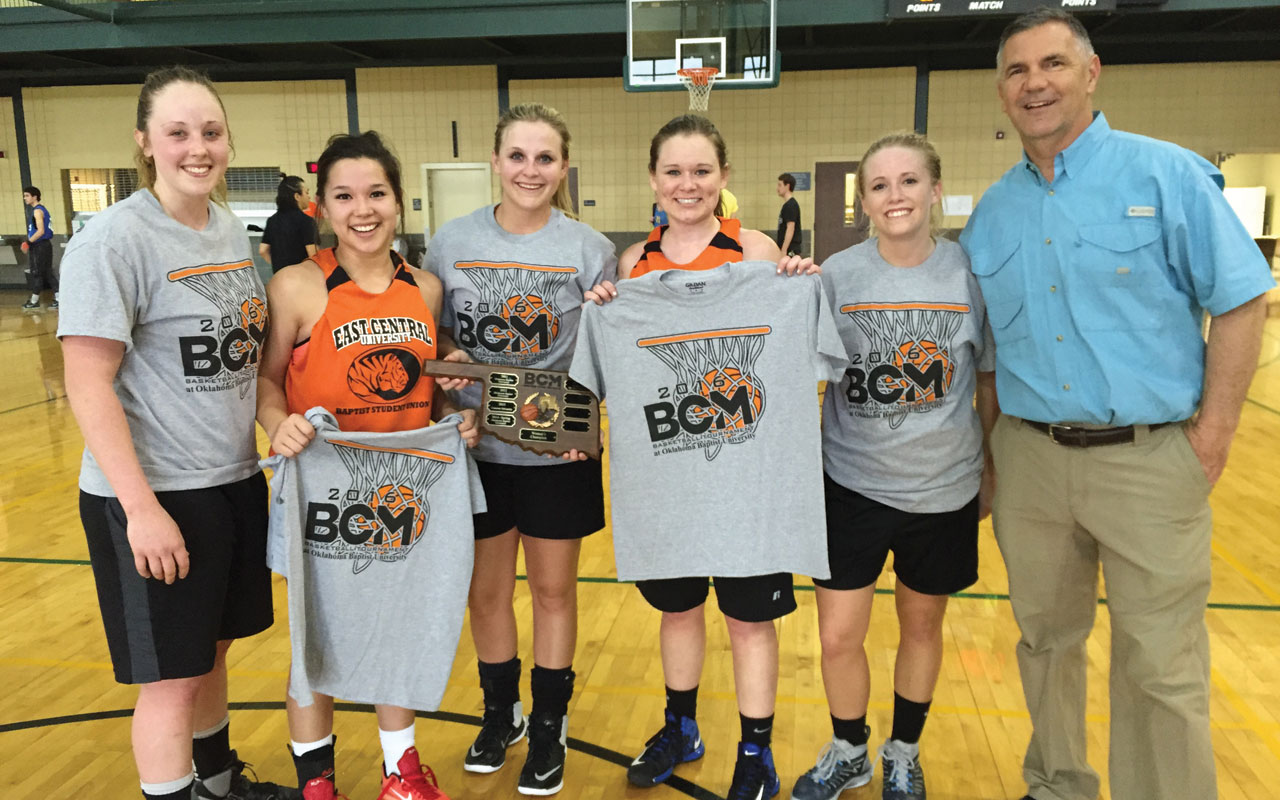 East Central University (ECU) in Ada collected both the men’s and women’s tournament titles, as there were 22 men’s teams and 10 women’s teams competing.

“This was a great turnout with 22 different schools represented,” said Cris Lowery, BGCO specialist for Baptist Collegiate Ministries and emerging generations. “One way for BCM to be effective is to create events and opportunities for students to come together and build relationships. Sports, even on the recreational level, helps this cause. This tournament is a ‘front door’ to students who get involved initially because of the opportunity to compete.

“All of these students, regardless of how they finished, will remember events like this during their college years because of the relationships they had with other students. It’s another way to bring people together for a common purpose and see what God can do in the midst of them.”