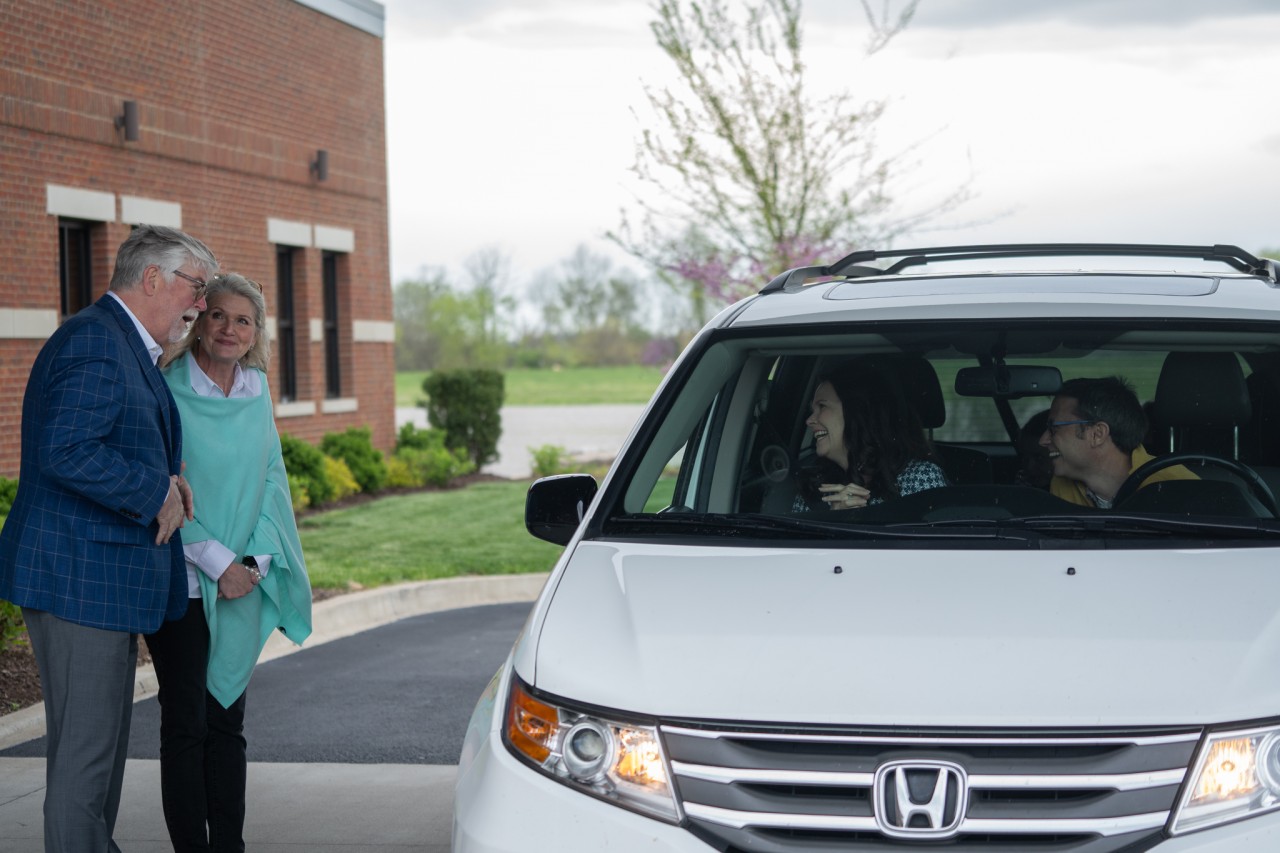 FRANKFORT, Ky. (BP)—A “drive-thru” giving process, designed in part to provide an opportunity for the members of Frankfort, Ky., Buck Run to connect with their pastors on Easter Sunday, led to the largest amount the church has ever collected for the annual Annie Armstrong Easter Offering. 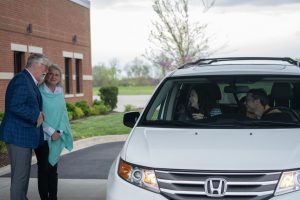 Hershael York, senior pastor of Buck Run, said one of the biggest motivating factors for individuals to participate in the event they coined “Drive-By Annie” was likely the chance to go to the church for the first time in many weeks. Like many others during the COVID-19 pandemic, the church has held services only online in recent weeks while abiding by guidelines on social distancing.

“We thought this would be a great way to actually get to physically see people on Easter,” York explained, “to give them the sensation of being able to drive to church on Easter Sunday. It’s more than a tradition; it really is part of the rhythm of lives and our church.”

“The event was a huge success,” Riessen said. “At a time where many feel helpless as they aren’t able to tangibly serve, the Drive-By Annie offering provided a purposeful way to make a real impact.”

It also served its other role, as a needed opportunity for community. John Bennett, one of Buck Run’s members, described being unable to gather for Easter services as a little depressing, but said: “Being able to see our pastor, his wife, and our staff members gave my family a lift we needed desperately.”

York led an Easter sunrise service online in addition to the regularly scheduled 10:45 a.m. service. The drive-by giving opportunity was available between the two services as well as after the later service. Approximately 120 cars—some of them decorated as if for a parade—came through during the period of several hours.

“Some people dressed up while others were in their PJs,” Riessen said. “Some wrote cards (to pastors). There were huge smiles and tears of joy.”

While most people dropped cash or checks into the offering box, which was located under the church’s portico, some gave online. They drove through simply to talk to the pastors.

Marcia Arrastia, a Buck Run member, said when she and two of her daughters arrived and were greeted, it felt like a small social outing. For Arrastia and many others, getting ready for church and attending is a normal life routine, which has been interrupted drastically by the restrictions put in place because of COVID-19.

“The event far surpassed what we expected it to be. We wanted to provide an opportunity for people to have something to get out and do on Easter, we, the pastors, wanted to see our people on Easter, and we hoped to highlight Annie Armstrong,” Riessen said. “We thought we’d see several families but we were blown away by the number of people that came by, the offering amount, and, through conversations throughout the day, realized how much we all miss being able to physically gather together.”

Riessen and York both emphasized that Buck Run has always been committed to giving to missions offerings and wanted to ensure this year was no different. Buck Run has an average attendance of 700. Riessen said their Cooperative Program allocated budget amount is 10 percent. The Cooperative Program (CP) is Southern Baptists’ unified giving plan to support national and international causes.

Even with the challenges of the pandemic, Riessen said they are not decreasing their CP or missions giving. He also noted that Buck Run’s general giving to date is greater than any previous year at the same point.

“Because of this challenging time with the virus, I asked our NAMB team not to be aggressive with Annie Armstrong Offering marketing,” Ezell said. “Pastors and churches already have enough on them, and it seemed insensitive to do otherwise. But we have been so encouraged by the perseverance and faithfulness we have seen and heard about.”

York said he was determined to stay faithful to giving to Annie Armstrong because people need the Gospel.

“We want to see churches planted and the Gospel preached,” he said.