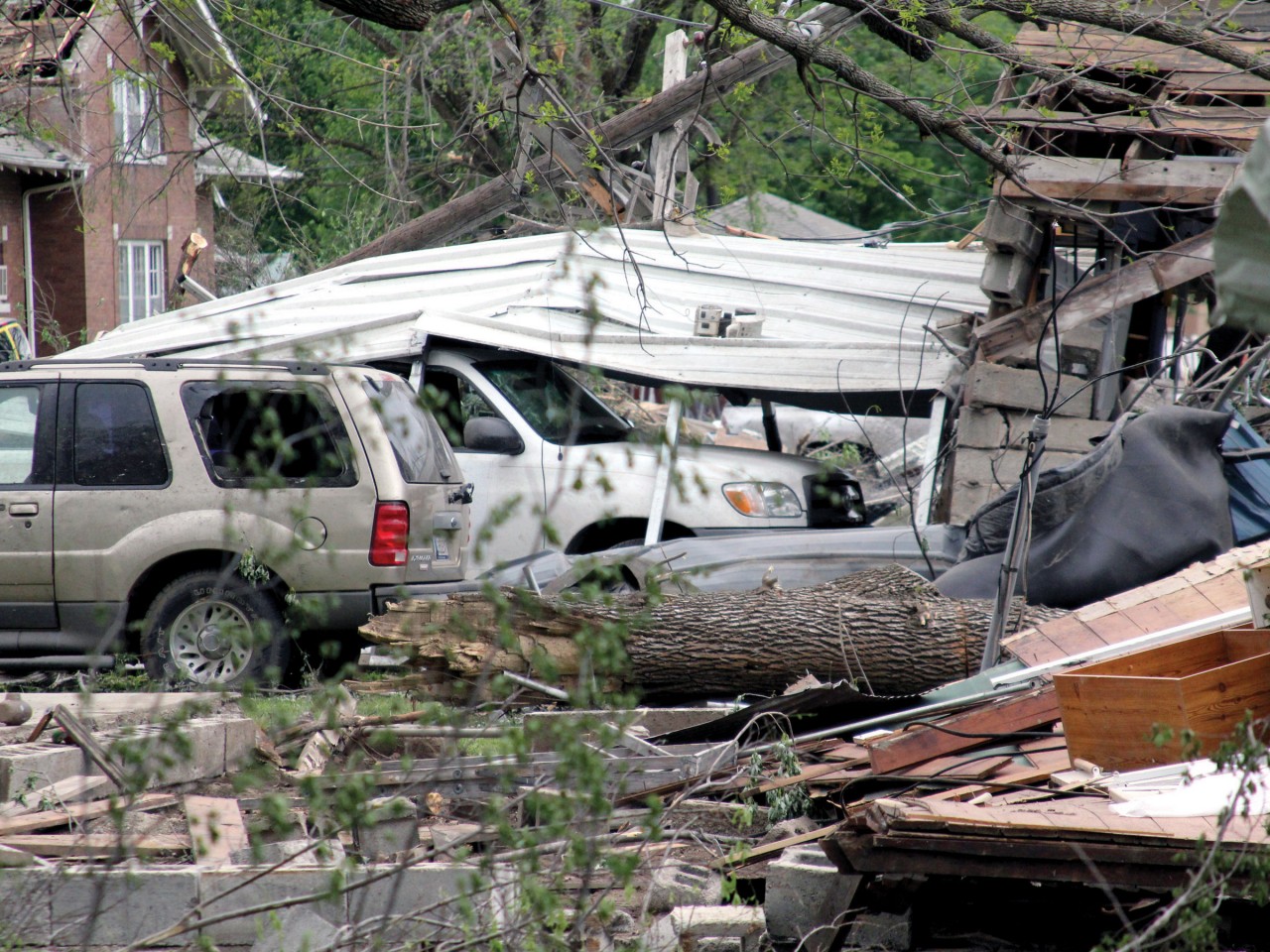 “Our hearts are heavy for those who lost loved ones in the tornado,” said Sam Porter, director of disaster relief for the BGCO. “Our trained volunteer teams will work in Quapaw and other areas of need. Thanks to our Rapid Response Assessment teams, we had key information about damage within hours of the storm.”

“We had dozens of volunteers on site in Quapaw, including four chain saw teams, a feeding team, temporary-roofing teams and four chaplains, who also served as assessors,” added Porter.

A feeding unit made up of 11 volunteers from Bartlesville was dispatched to Quapaw April 28-29, and served a total of 1,000 meals during the lunch and dinner hours those two days, said Blue Cap Robert Wadsworth, who added that the team worked closely with the Quapaw Tribe and served meals at the Quapaw Cultural Center. 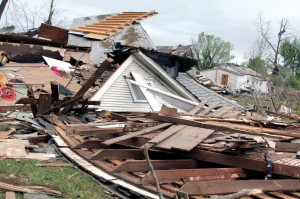 A house is left flattened by the tornado in Quapaw.

“It was a great experience working with them,” Wadsworth said. “People were helping one another. The town turned out, and I think they’ll be back on track pretty soon.”

“There actually were people in the church when the tornado hit,” Wadsworth said.

Chaplain Larry Moore from Grove helped coordinate the response. He said the Quapaw Tribe, BGCO disaster relief and Red Cross worked “like a well-oiled machine” during the response. “

The BGCO’s disaster relief operation, which relies on charitable donations, provides multiple relief functions in the wake of disasters. For more information, or to make a donation, visit www.okdisasterhelp.com.