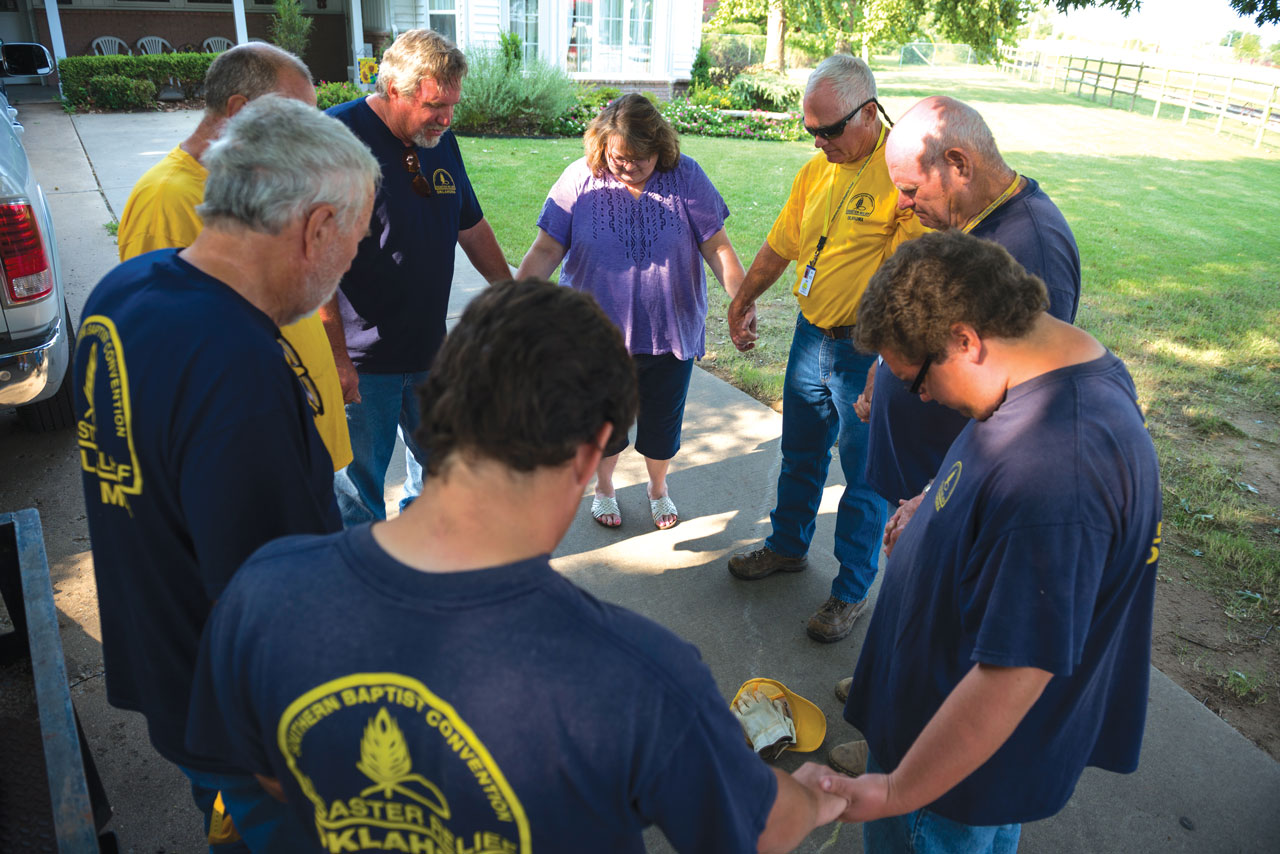 DR prays with Tulsa resident Debra Presley, whose roof was damaged when a large tree fell against her home

The National Weather Service (NWS) confirmed that the 550-yard wide tornado with winds from 120-130 mph was on the ground for more than six miles before dissipating at 1:25 a.m.

Minutes later at 1:37 a.m., an EF-1 with winds of 90 to 100 mph struck the Tulsa County community of Broken Arrow, causing damage along a three-mile stretch of land about 400 yards wide, the NWS said.

It is in situations like these that DR has boots on the ground helping those in need. “A large tree can cost anywhere from $1,500 to $4,000 to be removed by a tree service,” said BGCO Disaster Relief Director Sam Porter. “A lot of people can’t afford to have those removed or do it on their own, so that’s where we step in.”

The tornado injured 30 people, destroyed and damaged businesses and homes and more than 1,500 were without electricity at the height of 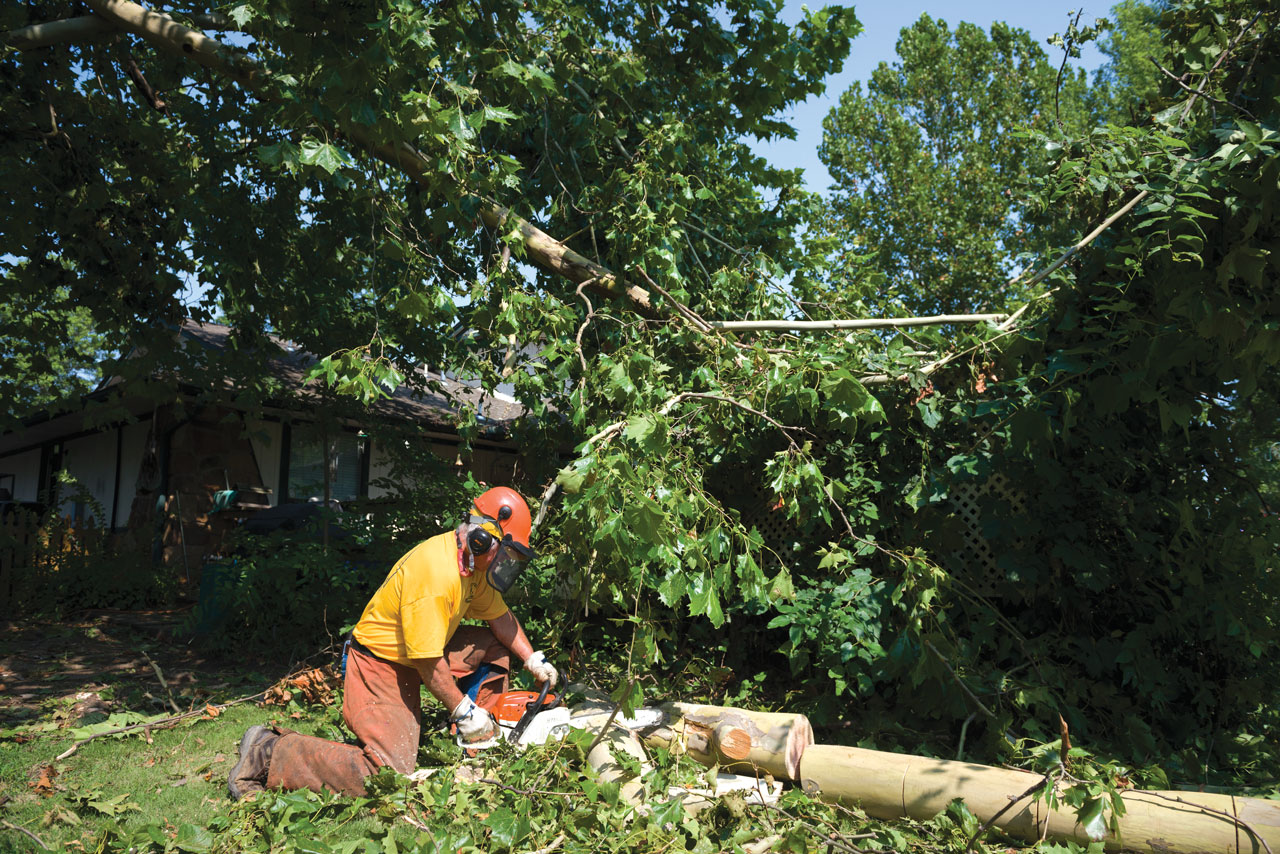 the power outages. Tulsa power companies worked around the clock as hundreds even remained without power until Tues., Aug. 8, according to reports.

Twenty-four DR volunteers were on the ground Sunday beginning around noon, making up three chainsaw teams that did eight jobs in the affected area.

Large power poles and power lines were downed as a result of the tornado, closing most of 41st St. between Yale and I-44, a highly commercial area. Large trees were also downed in residential areas nearby.

“If there are lines down across a tree, we wait for the public service people to say that it’s okay to work in the area,” said Porter. “We have electric testers on each trailer so our volunteers can see if lines are hot or not for their safety, that is a big part of our safety training.” 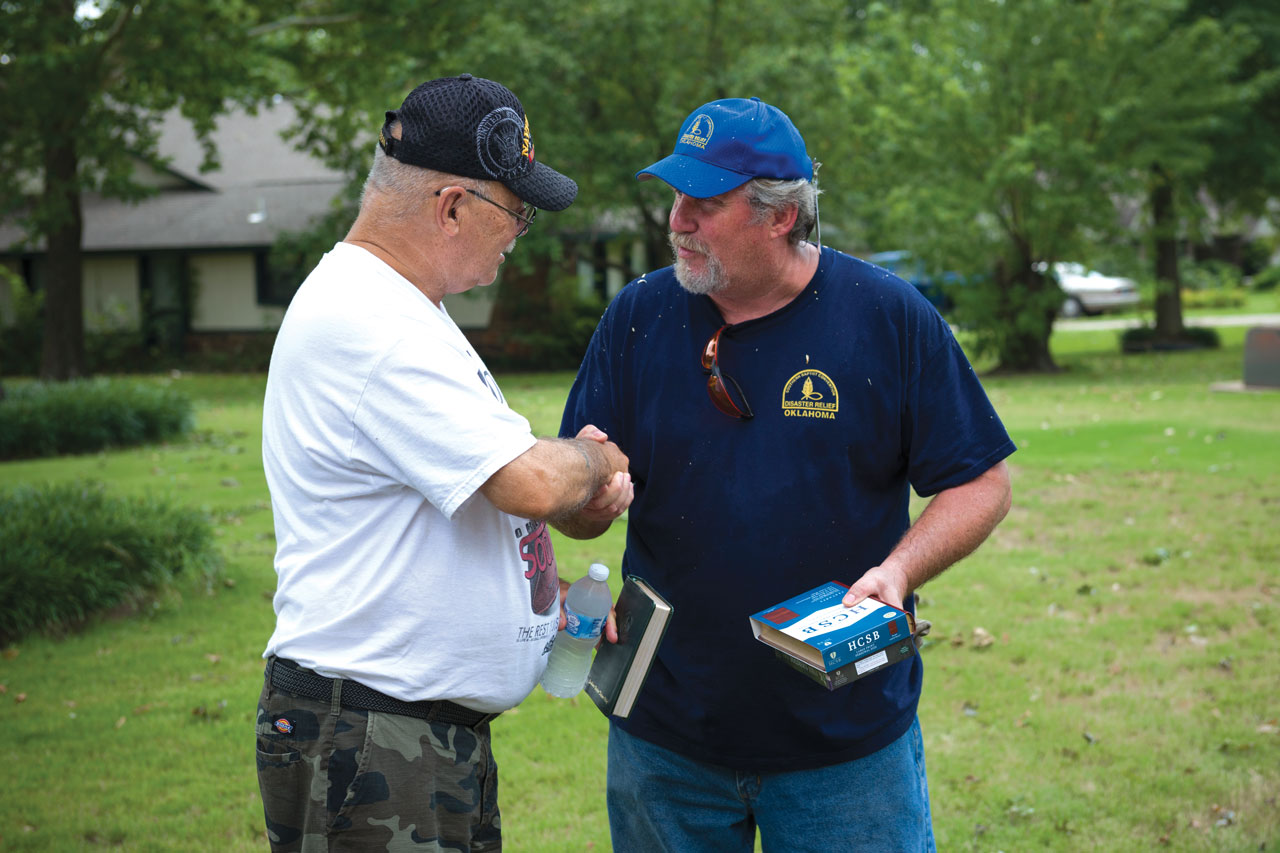 As of Mon. morning, Aug. 7, eight DR Assessors surveyed the damage of the storm, talking to families about how DR can help. Once they talk to those affected, DR team members sign a permission slip with the homeowners, then chainsaw teams begin work as soon as possible.

“We become the hands and feet of Jesus Christ when everyone else’s worlds fall apart,” said Porter, who was recently named national director for Southern Baptist Disaster Relief, beginning at the end of Aug. “We never charge for the services, and it doesn’t matter whether they’re Christian, or Baptist. If they’re from another faith… or if they have no faith at all, we will help them.”

For more information on DR or to make a tax-deductible donation to the ministry, visit www.okdisasterhelp.org.