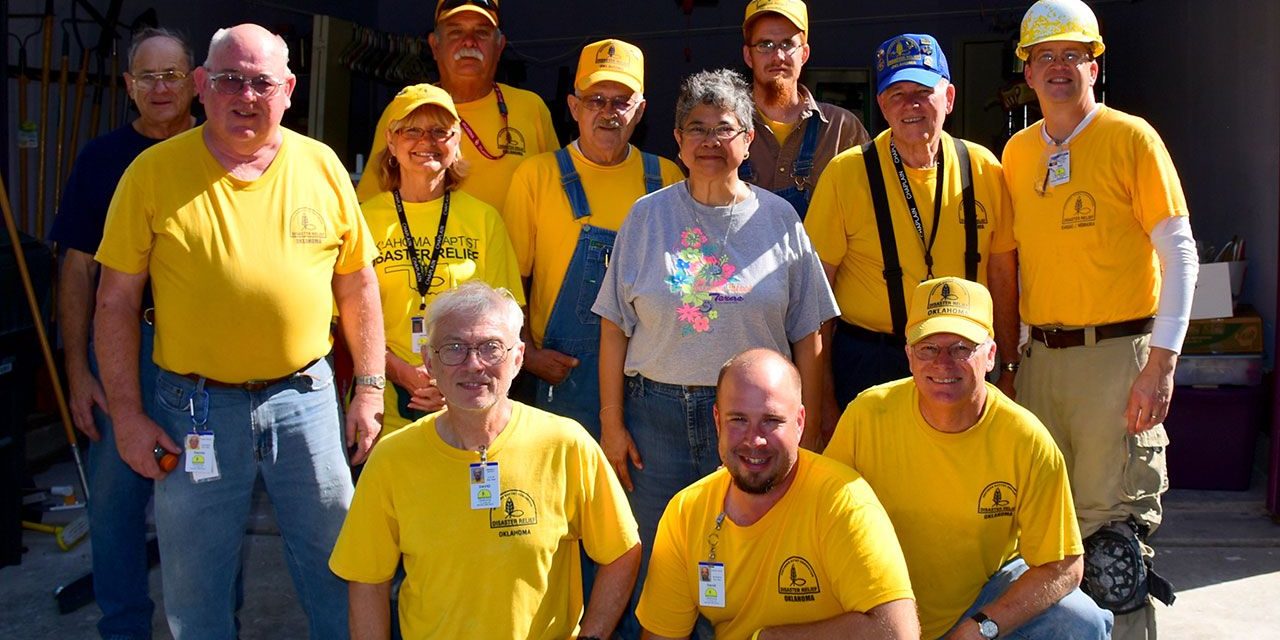 Above: DR team members help a resident in San Marcos, Texas after Hurricane Patricia struck in 2015

Southern Baptists have multiple designated days of emphasis on the calendar, including Baptism Sunday, Cooperative Program Sunday and the Lottie Moon Week of Prayer for International Missions. 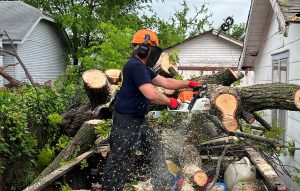 DR team members serve in Seminole after a tornado struck May 4.

One day of emphasis gaining additional notice highlights one of the most well-known ministries of Southern Baptists—Disaster Relief Appreciation Sunday.

On Sunday, June 5, Oklahoma Baptist and Southern Baptist churches across the convention will have the opportunity to highlight Disaster Relief (DR) ministry and the thousands of church members who serve as DR team members.

On that Sunday, DR team members often wear their signature yellow apparel to church services, which can include times of recognizing volunteers, prayer and highlighting the need to support DR financially. 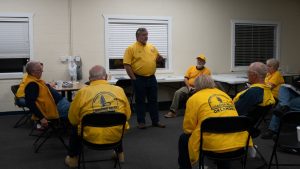 “On this appreciation Sunday, we hope churches across this state will take a portion of their service to recognize this strategic ministry assignment God has given us,” Williams said. “Oklahoma Baptist DR has been a leader in terms of serving and giving. It is vitally important that even more people rally around this ministry to pray, serve and give.”

In 2023, Oklahoma Baptist Disaster Relief will celebrate its 50th anniversary. Since it was founded in 1973, Oklahoma Baptists’ disaster relief operation has trained and mobilized more than 5,200 volunteers who have served in nearly every major disaster recovery effort, including a response to 9/11, Hurricane Katrina and major tornadoes in Moore and other parts of Oklahoma.

“We are blessed to have a wonderful group of team members who work hard, serving people in need, all to share the Gospel,” Williams added.

Visit okdisasterhelp.org for photos, videos or information about Oklahoma Baptist DR, or to make a financial donation.