DHD is coming on a different day this week. I hope I didn’t catch you too off guard. It will return to Fridays in the future, but I thought I would shake things up temporarily.

Here’s six timely topics for you! Thank you for reading!

It is no secret that I admire Albert Mohler and his views on current issues. There are good national Christian leaders who have solid perspectives when it comes to cultural concerns, but since Dr. Mohler is willing to offer daily discernment from a Christian worldview about what is happening in the world, his commentaries can be helpful.

The Briefing episode last Tuesday, Aug. 23, was spectacular—maybe one of his best. Everybody should hear or read the transcript of his take on Christians and Culture Wars.

And his Friday episodes are especially enjoyable as he fields questions from listeners. Check out Mohler’s Aug. 26 episode. He gives a great response to a listener asking if it is appropriate as a Christian to accept the student loan forgiveness that President Biden recently announced.

September is the month Oklahoma Baptists promote the Edna McMillan State Missions Offering (SMO). I will do a future DHD about SMO, but one of the ministries SMO will be emphasizing this year is Deaf Ministry. To help promoting this emphasis, my friend and co-worker Caroline helped put together an instruction video for children to learn how to sign the song “Jesus Loves Me.”

You can watch it below, but I was amazed with Caroline and her two helpers. Caroline, in my opinion, is gifted enough to be on Sesame Street or another children’s learning show.

Todd Fisher, executive director-treasurer for Oklahoma Baptists, shared a great report last week about what is happening with the Baptist Collegiate Ministry (BCM) at the University of Oklahoma. With the school year starting at OU, there could not be a better report:

Baptist Press has an encouraging article about Bronson Baker who used to be on the staff at the OU BCM. He now leads the BCM at The Citadel. I met Bronson when I did a story on Adoh, former OU track athlete who became a Christian while training in Colorado. Bronson helped disciple Adoh as well as other OU students, and now he’s involved in the South Carolina military school.

I found this on social media and loved the message:

A 9-year-old once wrote Billy Graham to ask: “Does God care about animals? My dog is very important to me, but maybe Jesus doesn’t want me to have so much fun with her.”

The evangelist answered this way: “Jesus loves you and wants you to enjoy all of God’s gifts to you. When I was your age, my parents owned a dairy farm, and all my life I’ve been around animals. I’m thankful for the happiness they’ve given us over the years. At times they’ve almost been like members of our family.

“But I hope you’ll not only thank God for your pet, but you’ll thank Him also for every good gift He gives you—your parents, your friends, your home and so forth. Most of all, thank God for Jesus Christ, and ask Him to come into your heart and be your friend forever. He is God’s greatest gift.” 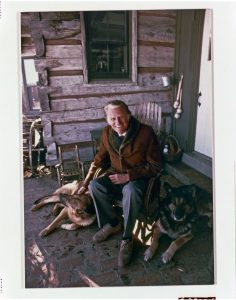 Chet Holmgren, the Oklahoma City Thunder’s major draft pick, will not begin his career this season, as he suffered a foot injury in an offseason game, defending LeBron James.

This is definitely disappointing, and I do hope Chet can recover completely because I believe he has great potential.

What this means is there are other players who Thunder fans can focus on and watch improve their games. Josh Giddey is one, as he begins his second season in OKC. And watch for Jalen Williams, the Thunder’s second lottery pick, who could make some noise this season.

I still think the Thunder will make a competitive effort this season and not demonstrate what many onlookers would conclude to be “tanking,” like the last two seasons. They may not have many wins regardless, but with the players who will be active, you just never know.