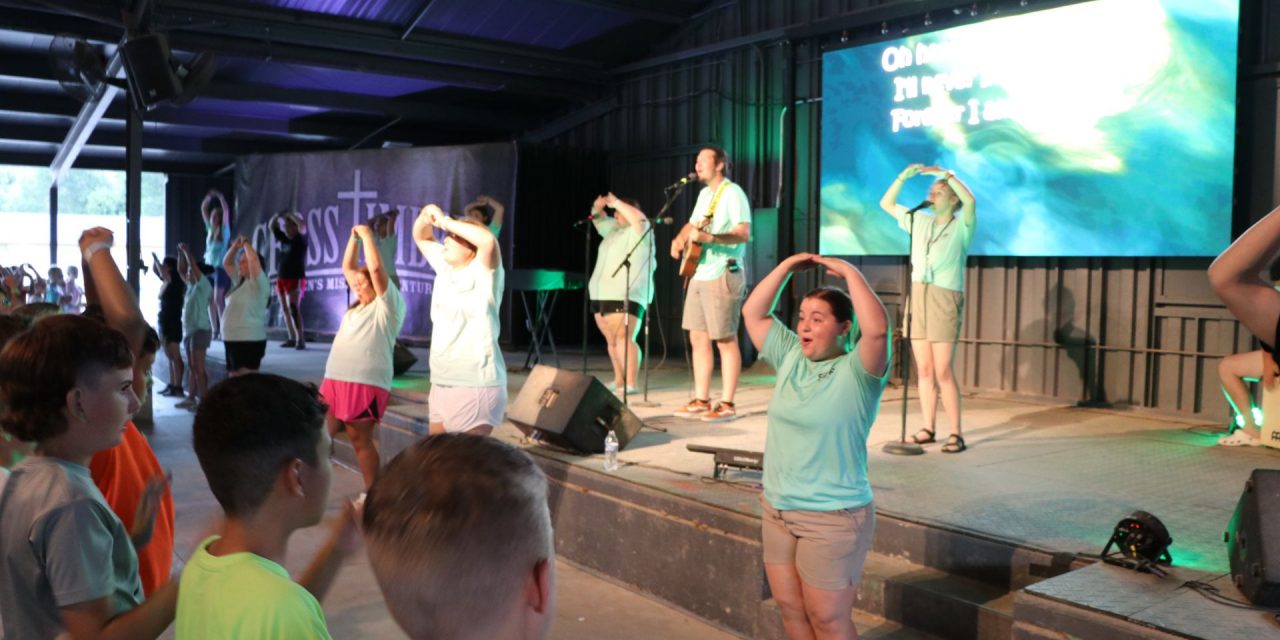 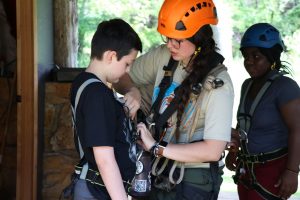 CrossTimbers summer staff members connect with campers, while sharing the Gospel, whether that is done at the ropes course…

CrossTimbers program director Charlie Gatton is excited about these results, especially since camp did not occur last year.

“Everything is going wonderfully,” Gatton said. “Camp has been sitting for two years, and when you turn on everything, and there’s been a freeze, and everything needs to be repaired, you can expect some things to go wrong, but we rejoice because kids are getting saved.

“The devil doesn’t like what we do, and he may pick on us, but God will still make Himself known. And it’s apparent with how receptive and responsive kids have been this summer.”

Gatton said more than 20 percent of the kids attending in the first session made professions of faith.

“Several kids understand that God must increase and they must decrease,” he said. “That goes along with our theme this summer which is ‘I MUST’ based on John 3:30, which says, ‘He must increase, but I must decrease.’” 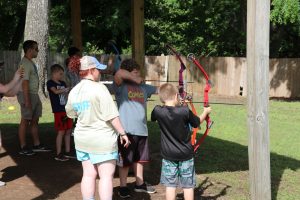 Like every summer at CrossTimbers, the summer staff makes it possible for camp to go smoothly. It has been said they are the “secret sauce.” Gatton concurred this summer’s staff is making an impact despite being a smaller group.

“Staff is small but strong,” he said. “We joke that we call them Gideon’s army. We would like to have 75 people, and we have 37. But they make the difference, and God is using them to speak to kids just as He uses our camp pastors. We continue to see campers make decisions at target sports and with staff members connecting with them on the ropes course. The Gospel is advancing all throughout camp.”

“Bear is doing a great job recovering from not having camp last year,” Gatton said. “If something needs fixed, he takes care of it right away. We would not have been able to start camp without him, and he’s got several people who worked hard to get camp ready.” 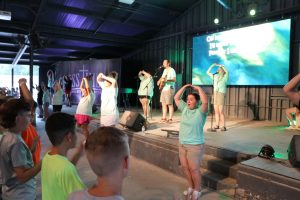 …or through leading music in worship times.