NORMAN—With expressions of joy heard that included  phrases like “Praise God!” and “Boomer Sooner,” leaders, supporters and alumni of the University of Oklahoma Baptist Collegiate Ministry (OU-BCM) gathered on Jan. 25 for a special ground-breaking ceremony.

The event took place on the OU BCM property on campus in Norman, where the building will be constructed. 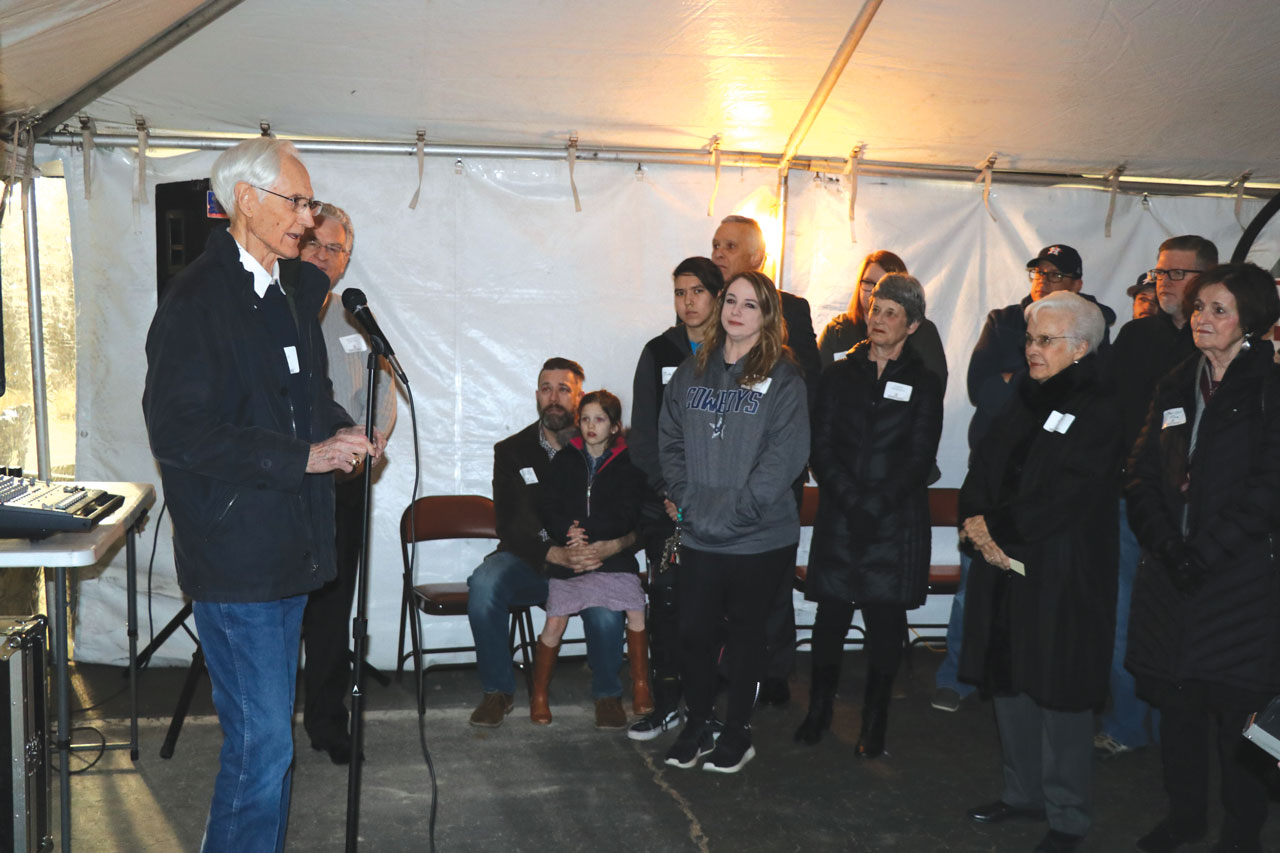 Barnett, longtime OU-BSU/BCM director speaks about God’s move among the BCM ministry through the years and into the future.

“The new OU BCM building is an answer to prayer,” said Baptist General Convention of Oklahoma (BGCO) Executive Director-Treasurer Anthony Jordan. “It is located adjacent to the student dorms, most of the fraternity and sorority houses and within blocks of student apartments.”

The 28,400 square-foot, two-story building will provide much-needed space for prayer, Bible study, worship, training, friendship, mobilization, and fun. The building, which is now under construction with plans to have it completed by the fall 2018 semester, featuring a large open meeting space that can be configured into smaller rooms.

The entry will feature a coffee shop where students and alums can gather for fellowship and positions the BCM to host to the university community.

One student, Emily, a junior at OU, attended the event and said she enjoys the Christian fellowship and Gospel-purpose of OU-BCM. “I think this building will help students know where we are. We will be much more accessible for students, including freshman on campus,” she said.

“Proximity affects ministry,” Barnett said. “This first-class building will position the ministry to reach the thousands of students on campus. We could not dream of a better location.”

Humphreys expressed thanks to the Lord and to all who have “given so generously toward this great effort.”

According to research, the mission field at OU is ripe, with “more than one-half of graduating high school seniors enroll in institutions of higher education, with thousands attending the state’s largest university, OU. More than 2,000 international students (representing) 100 countries come to OU.”

More than $6.7 million has been given toward the building and endowment. The “Boomer Goal” of $6.2 million includes construction costs and the establishment of an endowment for building maintenance. The “Sooner Goal” of $4 million will establish a permanent endowment fund to support OU-BCM staff members who raise their own support and help provide benefits.

For more information, or to give toward the building campaign, visit www.bgco.org/sowingalegacy or contact Steve Thomas at  sthomas@bgco.org or 405/942-3800 Ext. 4559.