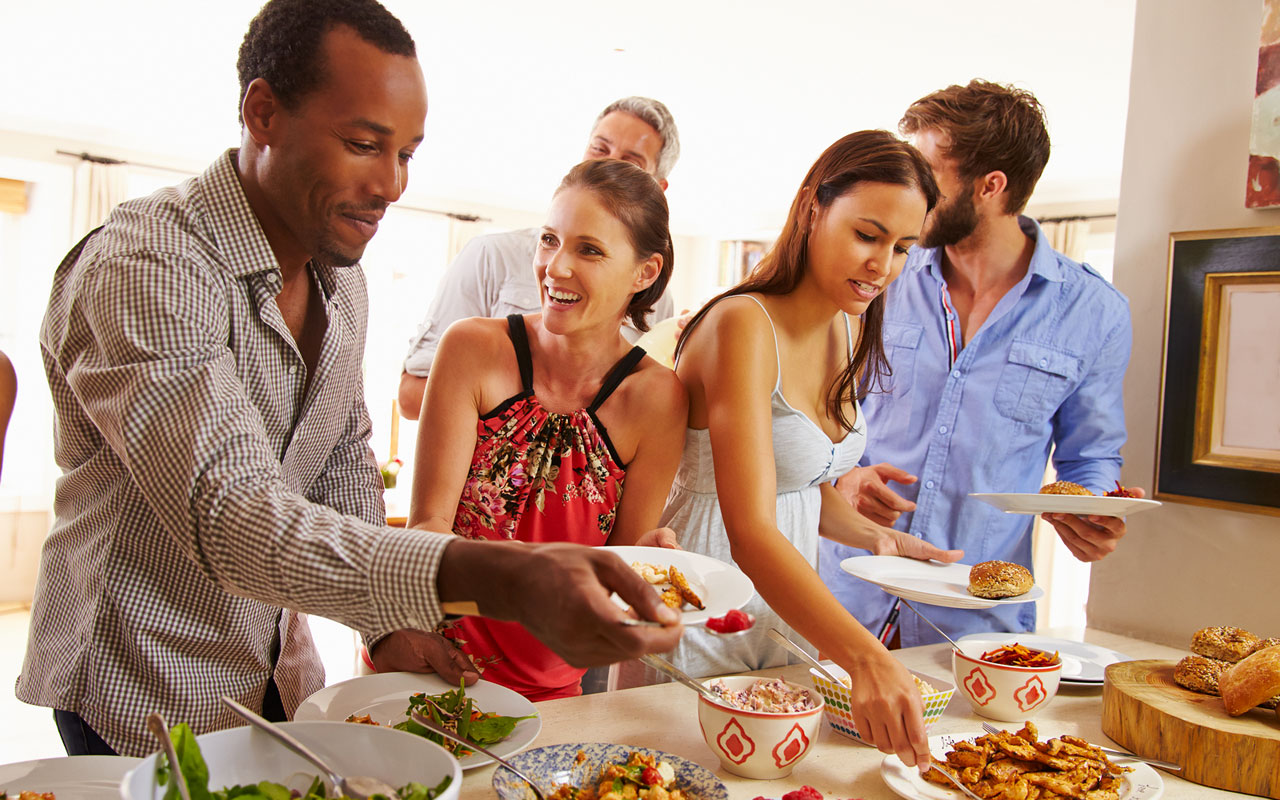 In the wake of racial division in America, many are talking about the problem, yet few are offering solutions. Fortunately, many church leaders are stepping up through prayer and various events to bring reconciliation. Others are suggesting public policy ideas to work toward justice and racial reconciliation.

I will leave it up to wise preachers and policy makers to create solutions that work toward racial reconciliation. But I want to highlight one idea I heard of a simpler, more down-home nature, proposed by Oklahoma’s own U.S. Senator James Lankford.

He said, “If we’re going to have a conversation about race, maybe the conversation should start with each of our families at our dinner tables.” Sen. Lankford suggested that people invite someone of another race to dinner and share conversation.

He said, “We talk about a conversation on race as if it’s something that can happen nationally, at a rally, at a protest, in the media, among leaders. It’s not really how America solves issues and problems. We solve it around dinner tables.”

Sen. Lankford, of course, was not suggesting this as a cure-all, but a simple step that each of us can do, and for that he should be applauded.

This idea also raises the important issue of: does your family share meals together? According to a recent article in Atlantic Monthly magazine, the answer to that question for most Americans is “no.”

The article states, “The average American eats one in every five meals in their car, one in four Americans eats at least one fast food meal every single day, and the majority of American families report eating a single meal together less than five days a week.”

To make matters worse, TV watching and smartphone use has intruded on mealtime to the extent that even when families do dine together, the time is punctuated by distraction.

There are other countries, though, such as France that are preserving mealtime as a family. Even a majority of French teenagers are reported to share the main meal of the day with their families.

I suggest we learn from the example of our friends across the Atlantic and try to slow down. Perhaps your household has many people; perhaps it is just you. Each of us should think of a way to share Christian fellowship and family time through meals.

In the Bible we see that Jesus went out of His way to dine with people, even sinners and tax collectors. Even after His resurrection from the dead, Jesus took time to dine with His disciples (Luke 24). There is a special connection that happens at the dinner table that cannot be replaced.

In Christianity, the ultimate dinner table is the Lord’s Supper, which also has fallen on hard times. Churches observe communion so infrequently, I am concerned, that opportunities for worship and fellowship are missed.

There is a story told of Robert E. Lee, who, in the wake of the Civil War, attended a Sunday worship service in which communion would be observed. In the church where Lee was a member, a black man went forward to receive communion, which was the way their denomination observed the Lord’s Supper. The congregation froze and did not know what to do.

Robert E. Lee simply walked forward, kneeled beside the man, and each received the Lord’s Supper. Immediately the entire congregation went forward. To them, if Lee thought it was right, then they should too.

We, too, can tear down barriers through the act of fellowship over a meal. Perhaps more than rallies, high-flown speeches and sound bites on cable TV news from experts, the real solutions and reconciliation will come one supper at a time.