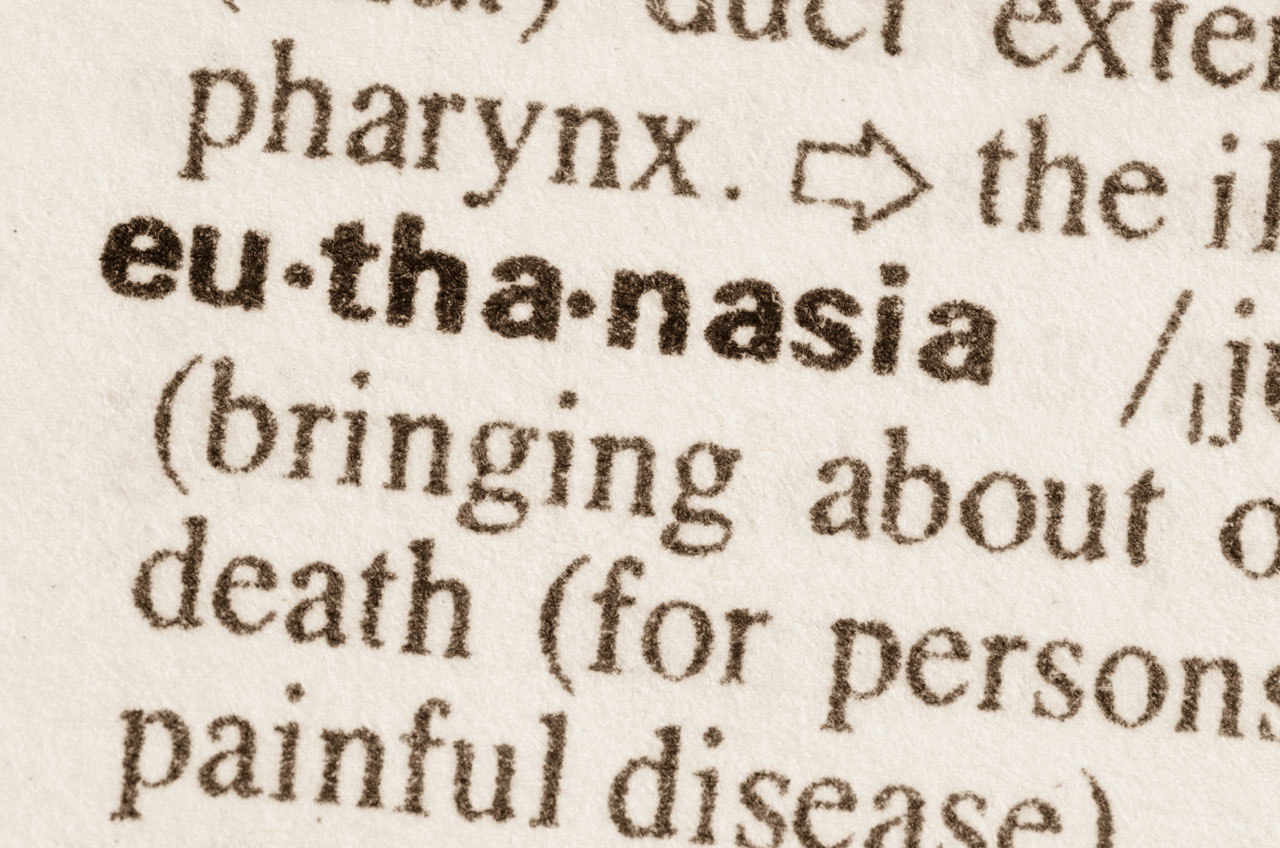 This Halloween, costumes of the “Grim Reaper,” who is death personified, will be seen in neighborhoods across America. If there really were such a figure, he would be smiling upon California for a law they recently approved.

To be specific, California became the sixth state to approve of assisted suicide, so-called “death with dignity.” Only in a culture as backwards as ours would we come to see assisting someone in suicide as an act of compassion and love. The origin of this misplaced compassion and embrace of sin and destruction has at least three sources:

/// Misunderstanding or ignoring the Scriptures

To discuss the issue of “euthanasia” or assisted suicide, we must establish what the Bible says about it. The Bible teaches we are made in God’s image (Gen. 1:26) and that our lives are not our own (1 Cor. 6:20). The Old and New Testaments condemn the taking of innocent human life and by extension suicide (Exodus 20:13; Matt. 5:21). And every single example of assisted suicide in the Bible, such as Abimelech or King Saul (Judges 9; 2 Sam. 1), were attempts to “die with dignity,” but are properly understood as acts of disgrace and a curse. So the Scriptures do not allow for the taking of innocent life, even our own. God alone holds the keys to life and death, in His timing.

In his book, The Screwtape Letters, C.S. Lewis gives us a look into the Devil’s schemes. We get to overhear dialogue between two demons talking about how to bring a man down. One chapter talks about lust and pride as a way to wedge “the patient” (i.e. the Christian man) from “the Enemy” (i.e. God). One of the letters delves fully into suffering. The more experienced demon, Screwtape, observes, “the fun is to make the man yield just when (had he but known it) relief was almost in sight.” Sadly, many of the people take their own lives, perhaps just as God was about to deliver them from the suffering, either here on this Earth or after death. And far too many of these people embrace death before they are right with the Lord, thus exchanging their earthly suffering for an eternal suffering apart from God.

In the Bible, we see worthy men wish they had never been born, men like Job. Yet Job, who suffered as much as any man (except Christ) never simply “cursed God and died.” Many people who are seeking assisted suicide are in great suffering. It is understandable that they want their suffering to end, just as each of us would. Yet it is precisely because of that weakness that Christian people, and other people of compassion, should step in. Through prayer and care for the suffering, said Christian ethicist Gilbert Meilaender, we are not just seeking to minimize their pain, but are, instead, maximizing love and care. Ultimately, Christ and the Christian faith offers, not just a way to come to terms with suffering and death, but also a way to triumph over them in the final resurrection.

California was not the first state to journey down this dangerous road to death; it probably won’t be the last, either. Yet, as Christians, we must be marked with true love and compassion that values all life, at every stage, even amid tragic suffering. Even when it’s hard to see, let’s believe Jesus when He says he “will wipe every tear from their eyes. There will be no more death’ or mourning or crying or pain, for the old order of things has passed away” (Rev. 21:4). Come, Lord Jesus, come.