Committed to ‘The Call’: Future ministry leaders gain guidance for their call to serve Christ 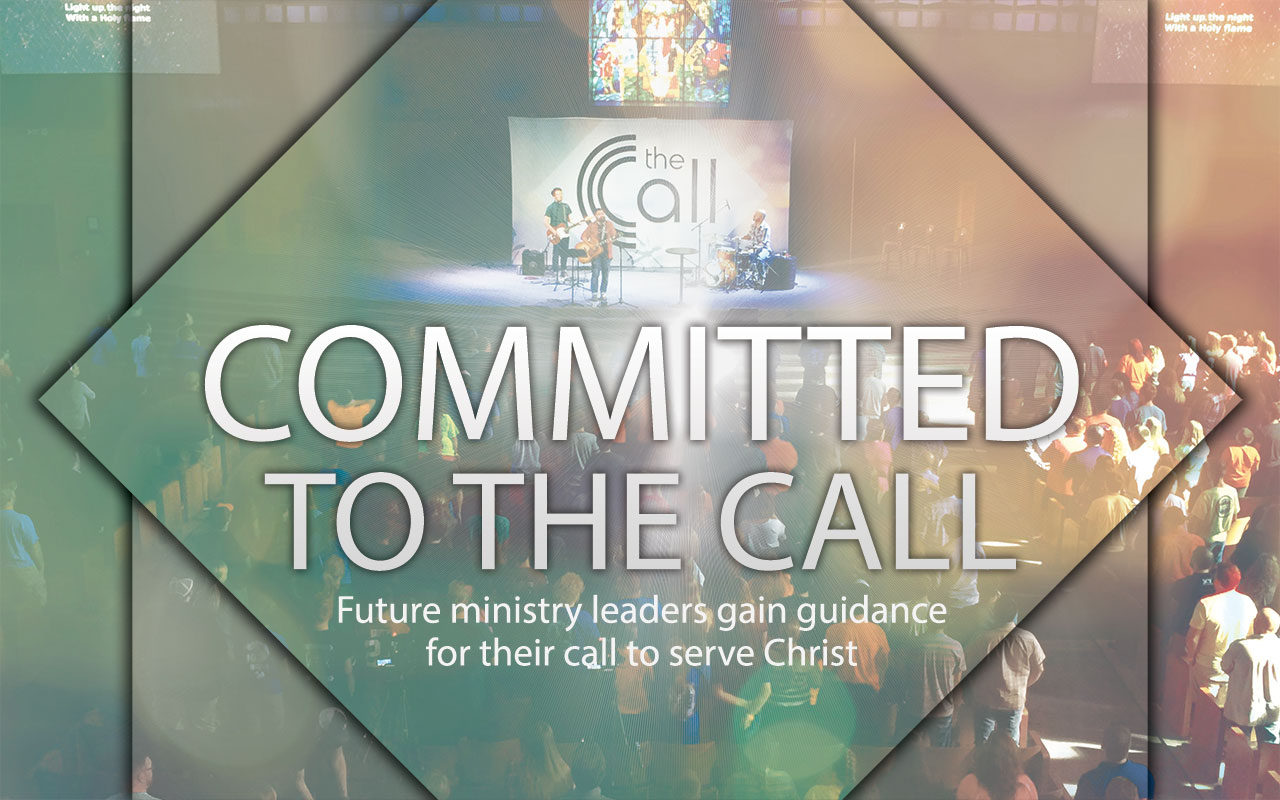 SHAWNEE—What is supposed to happen when a person answers God’s call to serve? For many Oklahoma students who surrendered to the call of ministry, they have the opportunity to attend The Call Conference, which happened Aug. 27 at Oklahoma Baptist University (OBU), to understand what their call may look like. More than 450 people attended the one-day event.

“The Call Conference is specifically designed to help kids process what area of ministry they might be going into and how they know they are discerning God’s call on their life,” said Todd Sanders, student education specialist for the Baptist General Convention of Oklahoma (BGCO). “We covered what it means to pursue the call to vocational ministry or ministry leadership specifically, so there were a number of breakouts that address different ministry areas.”

Conference breakout sessions covered specific ministries such as pastoral, worship through music, youth, children, missions, evangelism, girls’ ministry and women’s ministry. Sanders said they also offered a session covering ministry from an entrepreneurial aspect, which included the possibilities of bi-vocational ministry as well as people working in a secular profession but also being involved in ministry.

The Call Conference originated as a follow-up for students who made decisions during Falls Creek summer camps, as hundreds of campers answer the call to ministry every year. The event has grown to include support for church leaders and parents, and many of them were in attendance this year. The Call Conference helps them identify how important their influence is on the next generation of ministry leaders.

“If we are going to create a legacy, we have to start here and now in developing these students and these leaders and churches to assist kids in this way,” Sanders said.

The general sessions featured Shane Pruitt, director of missions for the Southern Baptists of Texas Convention, and Stuart Henslee, pastor of leadership development at Muscle Shoals, Ala., Highland Park. The Mike Romero Band led in worship through music.

Attendees of The Call Conference also experienced an interview session with International Mission Board missionaries who helped students understand what an actual missions experience looks like on the field.

Sanders was encouraged with the turnout of students and their willingness to attend.

“Leaders are not forcing them to do this,” he said. “It’s a big day of focus on what a call looks like and what it can be. It’s encouraging to see this is not a generation of students that are being forced to be interested but rather want to pursue it and want to figure out what the Lord’s doing in their lives.”

Both Sanders and Selby have positive outlooks for those who attended The Call and for the conference itself.

“I’m encouraged. I see these students and think, ‘This is a positive thing,’” Sanders said. “To look over the past few summers, it’s a pretty good sign of students seeking training and investment towards that call. To have 450 or so students come out to an event like this, I think it says a lot.”

Selby believes The Call Conference will continue to be beneficial in the years to come.

“What I am hoping is as we continue to do The Call, we continue to lift (practical guidance) up, and we continue to see 450 students show up on a Saturday at OBU, it’s going to become normative, not the exception. I think we are moving in that direction,” said Selby.

“People like Andy and Todd and (Jordan) are concerned about succession,” said Selby. “They realize that it is not all about them. The fact they are thinking about succession indicates that there’s a heart of servant leadership.

“There’s two sides to this. It’s going into great hands, and the hands that are passing the baton off are servant-minded. That’s the way this has always worked. There were those who passed the baton off to us, and they were servant-minded, and now we’re trying to continue that. I have every confidence that it will continue.”