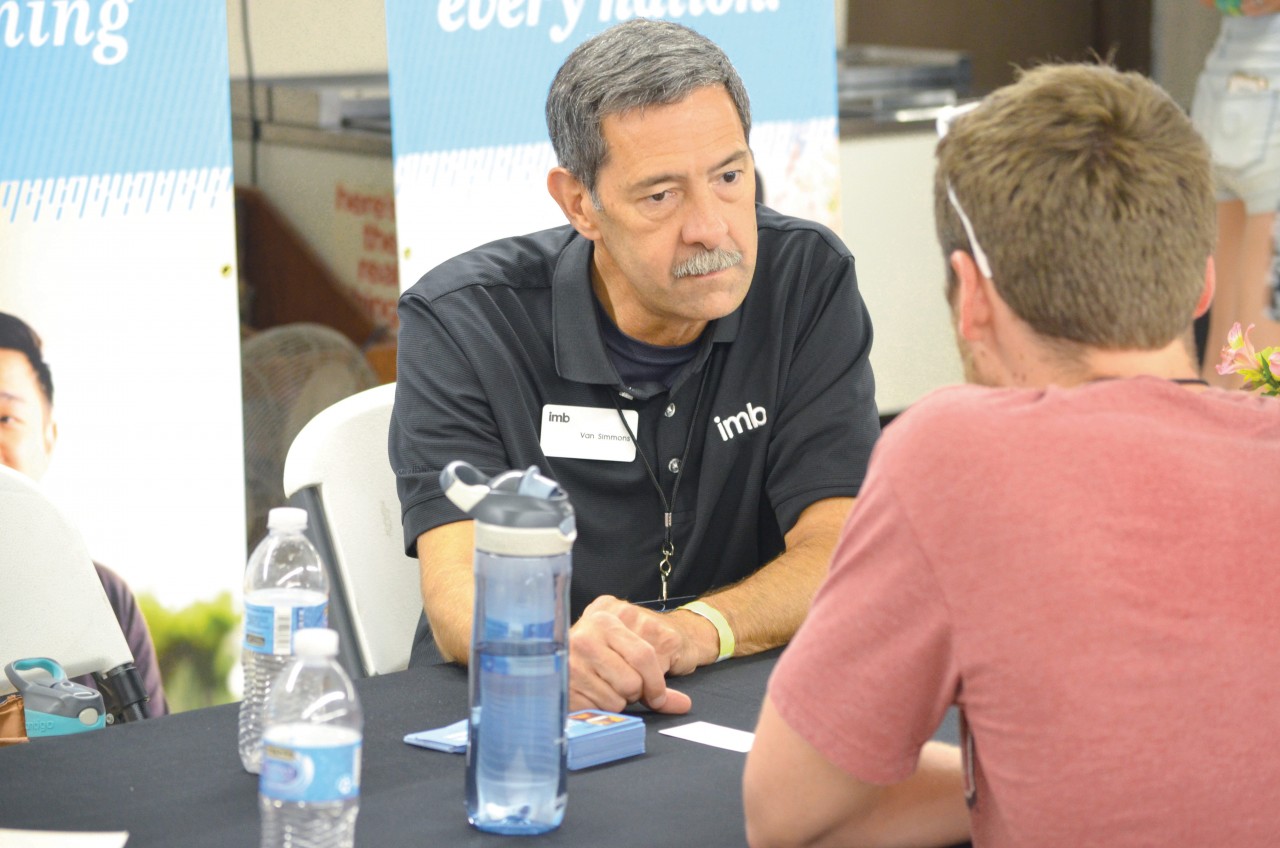 >> photos: chris doyle 1) Van Simmons, student strategist for the International Mission Board, was one of the many collegiate experts who led breakout sessions at Collegiate Week.
[Photo by Chris Doyle]

As LifeWay’s national collegiate ministry specialist, Noe serves as Collegiate Week’s program director, and he is excited about Collegiate Week being featured at Falls Creek.

“As I started talking to Falls Creek leadership, it became increasingly apparent that this probably could work out, and it would be a great home,” Noe said when asked about the process of moving Collegiate Week, which had a long history of meeting at Glorieta Conference Center in Glorieta, N.M. “Just every conversation, every visit, every step along the way made it more and more obvious that (Falls Creek) would be the perfect home for Collegiate Week.”

Glorieta added more programs, Noe said, that made it challenging for Collegiate Week to have the campground entirely for its traditional meeting time in early August. He said his programming team started to explore other locations that could host Collegiate Week. 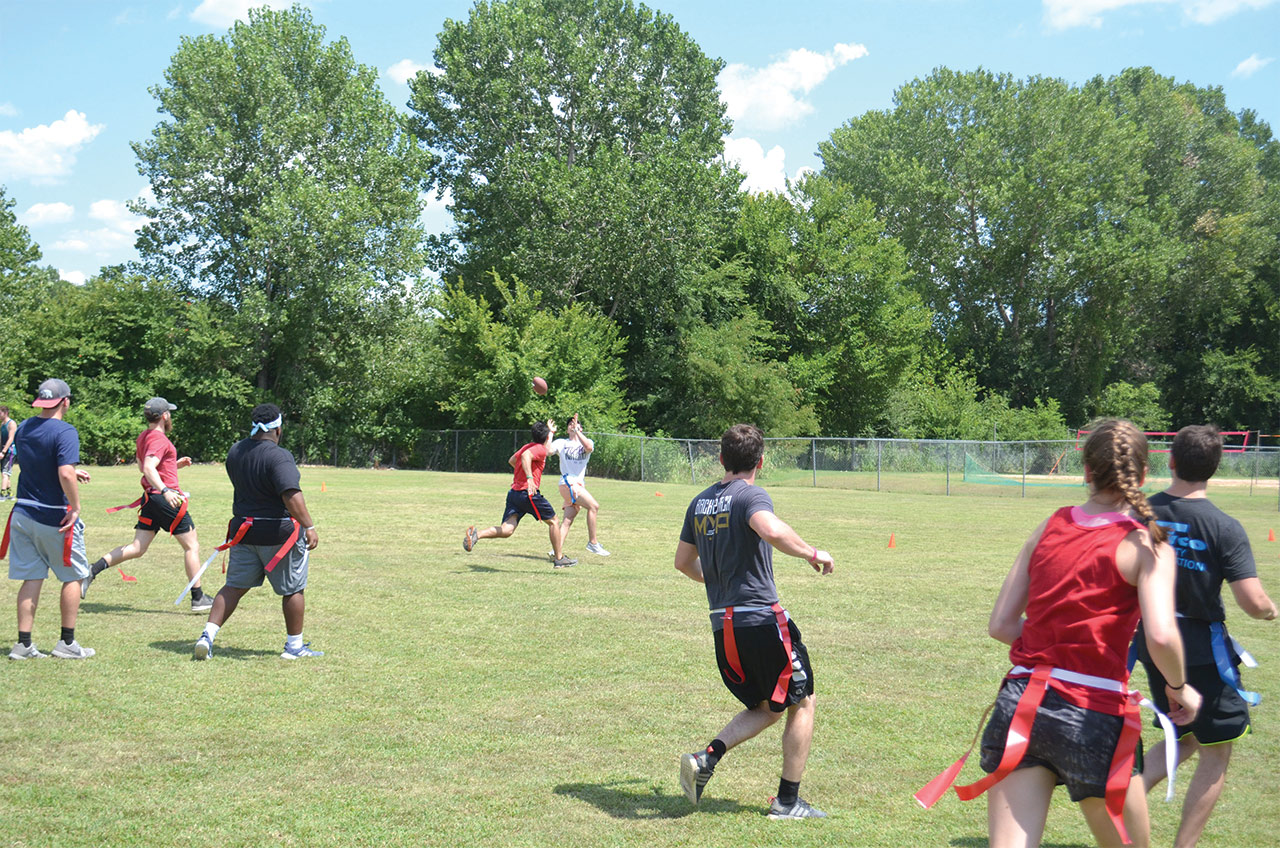 Students at Collegiate Week enjoyed many of the recreational activities that Falls Creek offered.
[Photo by Chris Doyle]

“We realized there aren’t a lot of places big enough to handle a camp like this,” Noe said. “And that limited the pool, unless we wanted to go to a college campus, and the timing of the year makes that rough.”

Noe said Falls Creek was always on his team’s radar, especially with Collegiate Week drawing many students from Oklahoma schools. Though there were some hesitancies, as many were unaware of the recent improvements and new facilities, such as the Mathena Family Event Center and Centennial Plaza, which helped make Falls Creek appealing, more Collegiate Week participants became enlightened to Falls Creek’s current offerings and dismissed previous doubts.

“It has been overwhelmingly positive, just people’s excitement about these facilities, about this staff,” Noe said. “The staff here are incredible, so responsive and helpful, and it’s just obvious they want us here and value the ministry of Collegiate Week and believe in college students and how God can use them to take the Gospel to the world. We share that same heart with Falls Creek which is what makes this a great home for us.”

Attendance is also up from last year, as Noe said about 500 more students attended Collegiate Week this year. Average Collegiate Week attendance over the past few years has been around 1,200-1,300 students. Noe said, counting college ministry leaders and their families, this year’s Collegiate Week was close to 2,000 in total attendance.

Noe said Collegiate Week continues to be one of the most important events of the year for college ministries, serving as a time of encouragement and spiritual renewal before the school year begins.

“All of these folks are about to leave here and go straight into the busiest ministry season of the year,” he said, “straight into Welcome Week and straight into students coming back to their campuses. What Collegiate Week helps us do is provide student leaders an opportunity to train them up, pour into them and get them ready to be launched out onto their campuses to minster with the Gospel.” 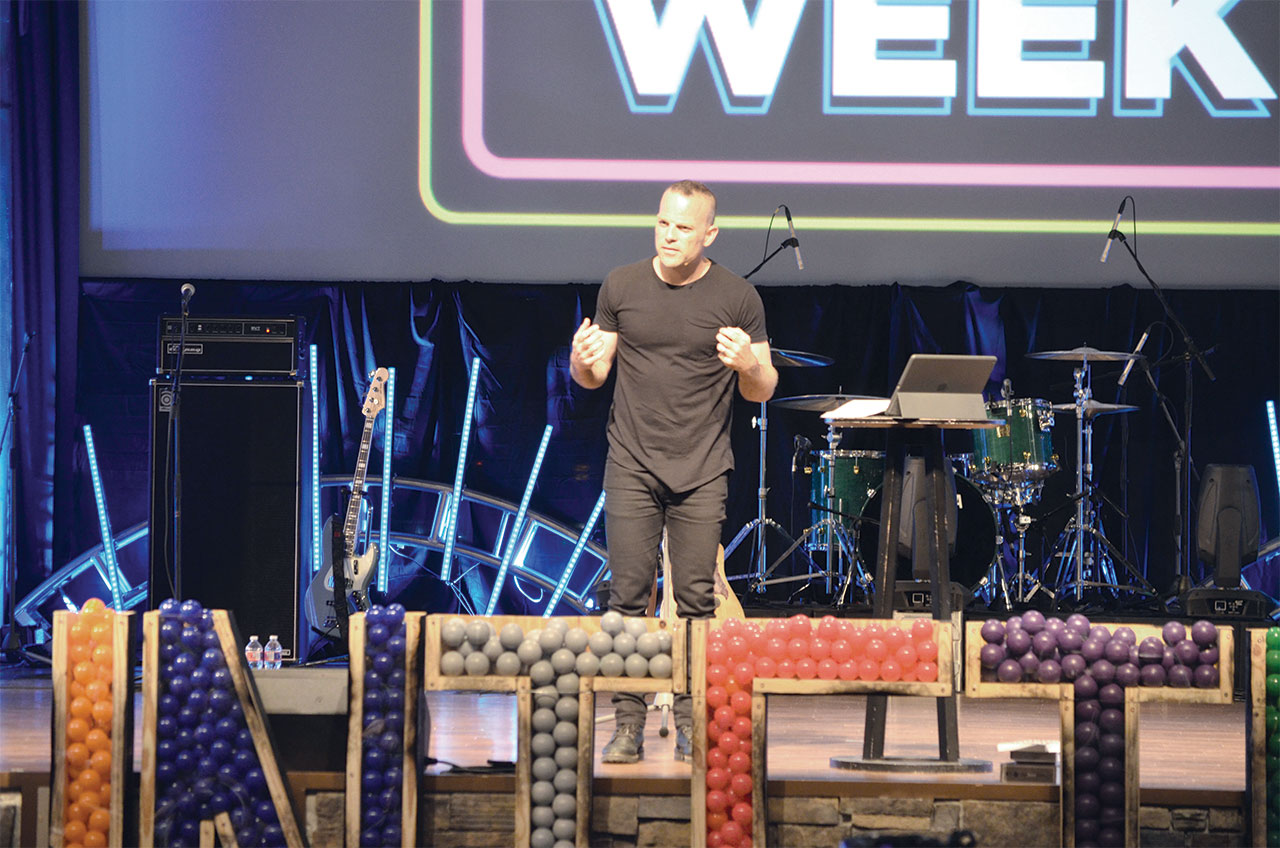 David Platt, president of the International Mission Board, was another speaker. He is known for his books “Radical,” “Radical Together,” “Follow Me” and “Counter Culture.”

Jonathan “JP” Pokluda was the final speaker. He is the pastor of Dallas, Texas, Watermark Community and leader of The Porch, an influential young adult gathering that has equipped thousands to “live out their faith on mission.”

Speaking about the three Collegiate Week speakers, Noe said, “They are phenomenal communicators who have a lot of experience communicating directly to college audiences.”

Breakout sessions were also a major part of Collegiate Week programming. Noe said almost 70 breakouts were offered throughout Collegiate Week, covering topics such as “Dealing with Doubt,” “How Do I Know What God Wants Me to Do?” “Purity is Possible,” “Grace and Truth for LGBT Topics,” “The Practice of Gospel-Centered Dating” and “How to Share the Gospel with People of Other Faiths.”

“One thing that has blown me away this week is hearing breakout leader after breakout leader say, ‘My room was packed. We had 200 people,’” Noe said. “It is just evident that this generation of college students want to be prepared and to be poured into to be able to take the Gospel back to their campuses.”

Students at Collegiate Week also enjoyed the many recreational activities that Falls Creek offers, such as team tournaments in basketball, flag football, kickball and volleyball; ropes course and zip line, as well as late night fellowships.

As far as future Collegiate Weeks, Noe said confidently that Falls Creek will be the consistent host for years to come.

“We love being at Falls Creek, and we get the sense that Falls Creek and Oklahoma Baptists love hosting this event,” he said. “We think we’ve found our new home for Collegiate Week, and we’re excited to be here.”