Coach Richt offers the Word of God to his team 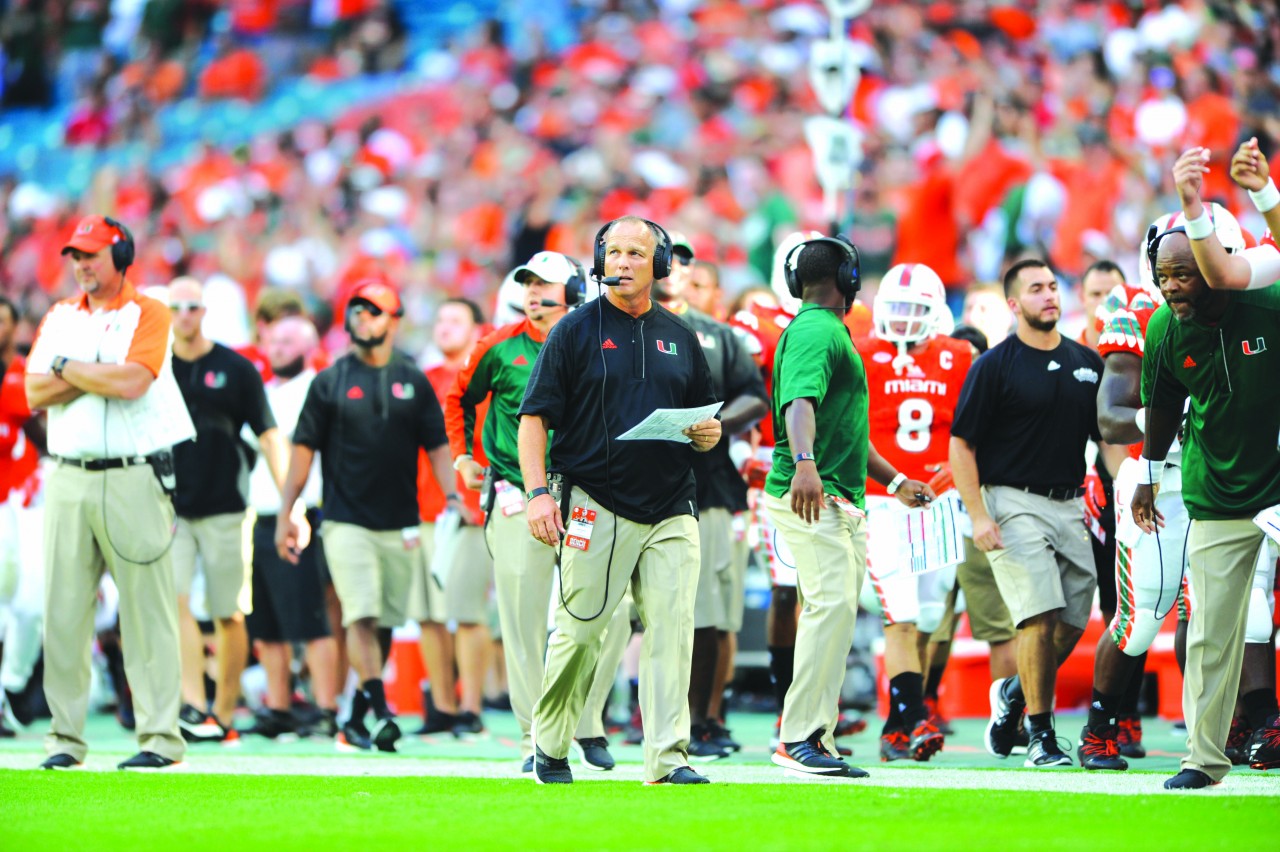 “…you won the big one when you accepted Christ. And now that you’re teaching these guys and ministering to them, I think it’s just fantastic.” 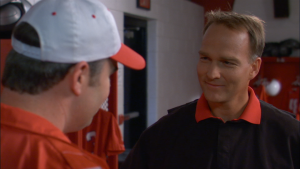 Richt made a cameo appearance the faith-based film “Facing the Giants.”

This is a line Mark Richt said in the movie “Facing the Giants,” a faith-based film about a high school coach who overcomes adversity to lead his football team to an unexpected successful season. In his cameo appearance, Richt commends the coach for the team’s success, but he also praises the coach’s intentions to lead his team on a spiritual journey.

At the time, Richt was in the middle of his head coaching stint at the University of Georgia. Now, he is back at his alma mater as the head coach of the University of Miami, Fla. Hurricanes. And just as he was portrayed in “Facing the Giants,” promoting his Christian faith and offering encouragement to influence others in the faith, Richt is practicing what he preached with his new squad.

The Sun-Sentinel recently featured an article by Christy Cabrera Chirinos about Richt and a powerful act he did for his team.

“Hurricanes coach Mark Richt has never shied away from professing his faith. Those who know him best say it’s part of what defines him, and whether it’s at a press conference, a team meeting or during his weekly visits with youth football players across South Florida, Richt has always been willing to share that faith with those willing to listen,” the opening paragraph of the article said.

Cabrera Chirinos shared that Richt found out some of his players did not have Bibles or had older translations that were difficult to understand. Richt took action to improve this situation, with the help of team chaplain Steve DeBardelaben.

Richt and DeBardelaben made it possible to get a Bible for each player and coach on the team and had each copy of Scripture personalized. In a recent team meeting, the article said, the Bibles were given out, and Richt told the team it was optional for his players and staff members to take them.

The coach said the team has chapel before the games, which are “100 percent voluntary” to attend.

“Some guys go, and some guys don’t,” he said. “There will be times I’ll give them those wise sayings from Proverbs, the book of wisdom. If anyone would take the challenge of reading a proverb a day, you’re going to get wiser. It’s good stuff. I just wanted to make it available to them.”

Response from several players was encouraging and inspiring. The article mentioned Braxton Berrios shared a picture on social media showing off his new Bible.

“This speaks volumes to the type of coach we have. I appreciate you getting us our own Bibles, so we can do everything in His name,” Berrios tweeted while thanking his coach.

Rayshawn Jenkins, the article reported, took his Bible home after the team meeting and read it that evening, focusing specifically on a passage from Genesis. Demetrius Jackson, an active church member, said the Bibles made an impression on him and several teammates.

“Coaches come and go, but that showed us Coach Richt really cares,” said Jackson who is referred to as “The Preacher,’ on the team. “He just showed us he honestly cares about us, and I know if I can trust him, we can all trust him.”

Just like in his film debut, Richt living out his guidance to teach these guys and ministering to them, “It’s just fantastic.”