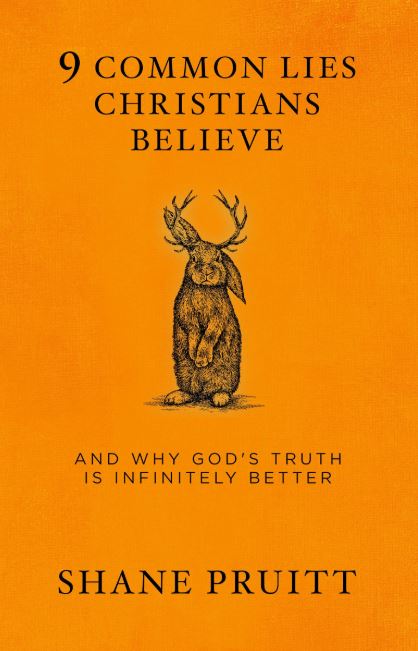 After years of dreaming about adopting a child who would one day run and play with their two daughters and maybe star on a Texas gridiron, God answered their prayers in a completely different way.

God gave them Titus — a smiling, handsome boy who doctors said would never get out of a wheelchair or communicate the way other children do. They had new routines to learn and new doctors’ visits and surgeries to fit into their already busy schedules. They loved their new son but were worn out physically, emotionally and spiritually. 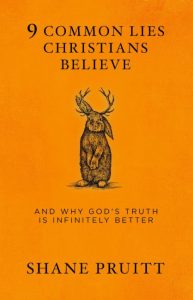 The couple heard one sentence over and over throughout the year: “God never gives us more than we can handle.”

It sounds great, and Shane and Kasi began to say it themselves.

But it wasn’t true, Pruitt says. God, in fact, does give people more than they can handle at times — so that they can learn to lean on Him.

“One of the greatest promises that God gives us in Scripture is not that He will keep us out of difficult situations or that He will make sure we never experience suffering,” Pruitt writes in a new book, “9 Common Lies Christians Believe.”

“Rather, He promises to be with us in those difficult situations and be an ever-present help in times of suffering.”

Pruitt explores the cliché and eight others in the 200-page book released by Multnomah Feb. 19.

Being told that “God never gives us more than we can handle” did little to ease the Pruitts’ struggles. A church planter at the time, Shane drowned the stress in busyness, focusing on a variety of ministry tasks. Kasi turned inward, stewing in anger.

They had begun planning to adopt a child not long after saying their wedding vows. After having two biological children, they ventured into the arduous task of paperwork and home studies as they prayed for the right child for their young family. They wanted to adopt internationally and had a particular passion for Uganda.

Shane, who now serves as director of evangelism with the Southern Baptists of Texas Convention, had a picture of the kind of son they’d adopt one day, dreaming of activities such as athletics that often bond fathers and sons.

Meanwhile, Kasi prayed regularly that God would give them a child no one else wanted. An acquaintance on social media alerted the couple to Titus, sending them a picture of a boy in Uganda with a massive wound that covered 40 percent of his head and went through to the skull.

“They really wanted to get him to the states, and they knew we lived in Dallas,” Pruitt recounted. “We talked, we prayed, we cried” and finally believed that “God was telling us, ‘This is your son.'”

The Pruitts soon discovered that Titus had cerebral palsy, which meant he’d be in a wheelchair the rest of his life — a reality they weren’t prepared for.

As the Pruitts watched Titus suffer through medical procedure after procedure, their hearts grew heavier. The couple finally came to a breaking point — and a realization.

“We had to let go of our dream for our family,” Pruitt said. “We had to realize that God, according to Ephesians 3:20, is exceedingly, abundantly more than what we could dream. To move forward, we had to get back to the basics.”

That meant letting go of tired clichés and grabbing on more tightly to time with God. Although Pruitt had been in the Bible every day as a pastor preparing sermons, he hadn’t been as honest with God as he could have been.

As part of that honesty, Pruitt looked at the clichés they had heard so often the past year — and had used themselves.

“God won’t give you more than you can handle” was just the start. Other clichés came to mind, such as, “God gained another angel,” “Follow your heart” and “God just wants me to be happy.” None had their roots in the Word of God.

“Initially, they sound good,” Pruitt said. “Most of the time when people share them, they are well-meaning. The real danger is that these statements aren’t biblical, and there’s not a lot of depth to them either.”

Pruitt compares the clichés to cotton candy, which tastes good for the first few bites but gets old and doesn’t nourish the body.

He said he understands it’s tough in the heat of the moment not to drift back to clichés, but he encourages Christians to take people to the Bible instead.

Pruitt also noted that what people often need when in trying times is simply for someone to listen and be present. Small-group questions in the book can help readers discuss what they’re learning with others.

“Christians should be more Bible literate,” Pruitt said, noting that clichés are “more telling of our Bible illiteracy than anything else. We don’t have good theology and doctrine ourselves, so we just regurgitate what we hear others say.”

Far better, he said, “to constantly be in God’s Word and prayer.”

For more information on the book or to get a copy, visit shanepruitt.com.