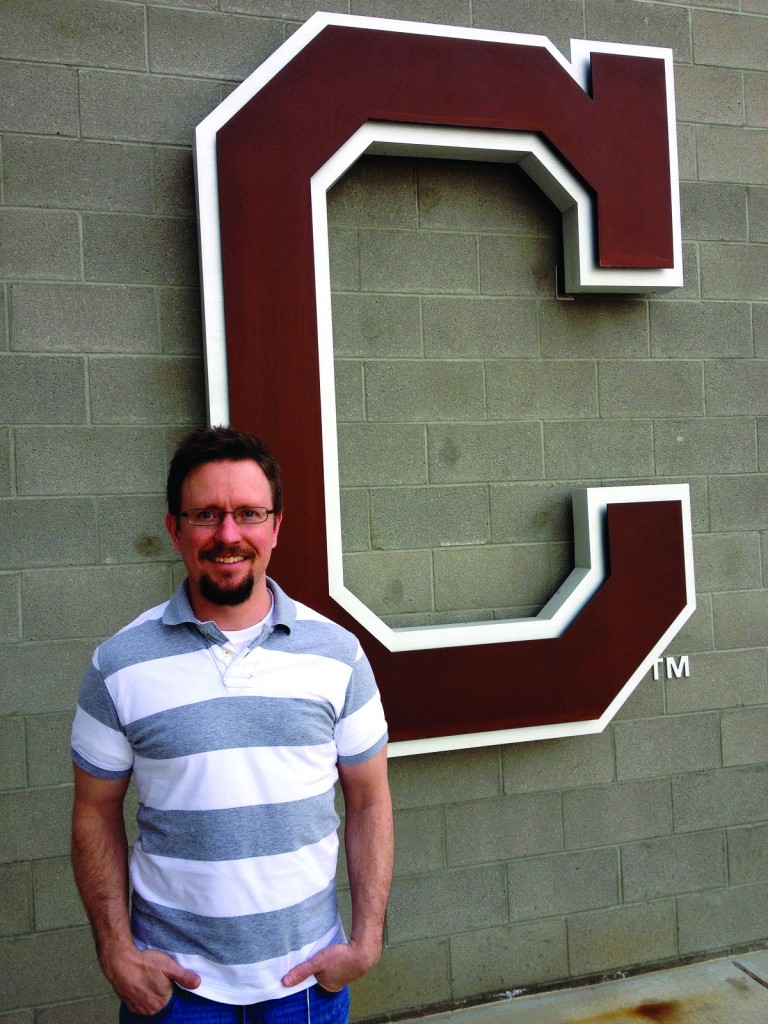 CLEVELAND, Ohio—It’s easy to look at professional athletes and just see the money, fame and life in the fast lane. But after a year of serving with Baseball Chapel in Cleveland, Southern Baptist church planter Alex Ennes (@alexennes) sees something else—real people who need to hear about Jesus.

“Everyone wants a little piece of them—their team, management, their coaches, fans. You name it, everyone wants something,” Ennes says. “You have to position yourself as the one person who doesn’t want anything from them.

Ennes leads a chapel service every week during the season when the team is in town. He also makes himself available for prayer and the spiritual needs players encounter. His wife, Shari, leads a Bible study for players’ wives and girlfriends.

Because the chapel services come on game day, Ennes has to remain flexible on his chapel messages. Usually, he gets 10-15 minutes for a message.

“Sometimes the message will be a very clear Gospel presentation,” Ennes says. “You are trying to let those who don’t know the Gospel understand it. Other times, as you get to know their lives, you try to help them see what the Bible has to say about some of the issues they are dealing with—as if I were preaching at my church, just much more condensed.”

As an experienced church planter, Ennes understands what it’s like to get to know his ministry context—and to attempt to communicate the gospel within that context.

“As a church planter, you’ve got to learn how you are going to meet people,” Ennes says. “What do you say and what don’t you say? In the professional sports world, there’s a way to talk to people and a way not to. Just like in church planting, you’ve got to get to know your community.”

Since the players’ wives and girlfriends stay behind when the players go out of town, Ennes believes his wife’s ministry has even more potential than his own. He says Shari has built strong relationships with several of the women simply by being present and listening when needed. Because, often,  players’ wives come to a new city and don’t know anyone, they appreciate help learning their way around.

Shari connected with Meryl Masterson, wife of the Indians’ Justin Masterson, through their experiences as mothers and wives. Masterson says the relationship has been so important precisely because it is so unique.

“Friends outside of baseball don’t really understand why we have to move three times a year. It’s hard to find friends who are truly going to be there for you,” says Masterson, whose husband is expected to be the Indians’ opening day starting pitcher. “It’s kind of nice to have one friend you know will be praying for you.”

Masterson says Shari has been an important mentor for many of the other wives and girlfriends in the Bible study.

“She’s just there to listen,” Masterson says. “It’s so great that we can say anything, and we know it’ll stay right there in that room. We know it’s not going anywhere with Shari.

As he starts up a new church in Cleveland, Ennes believes his work as a chaplain may provide some additional credibility in the community.

“I talk about my role as a chaplain sparingly, but I will talk about it,” Ennes says. “It’s a great conversation starter. Many people in Cleveland don’t know what to do with a church planter. Tell them you’re starting a new church, and you might as well tell them you fell out of space. But give them something they can identify with—like the Indians—it makes them feel like you’re part of the community.”