For centuries, Baptist Confessions of Faith have entitled their understanding of election as “God’s Purpose of Grace.”

In fact, these historic confessions of faith are not only in agreement, but they also have used nearly the exact wording of that article for almost two centuries. Article V of the BF&M 2000 (like Article V—1963 BF&M; Article X—1925 BF&M; Article V—1833 New Hampshire Confession) states that, “Election is the gracious purpose of God, according to which He regenerates, justifies, sanctifies, and glorifies sinners. It is consistent with the free agency of man, and comprehends all the means in connection with the end. It is the glorious display of God’s sovereign goodness, and is infinitely wise, holy, and unchangeable. It excludes boasting and promotes humility.”

That is an intentionally broad statement for Southern Baptists. Despite the agreement in the confessions and the broad statement, it would be fair to say that the doctrine of election and related biblical teachings of predestination cause a great deal of discussion and disagreement. Briefly and not exhaustively, let’s see why.

The two biblical and theological truths that are essential (not to mention challenging) in this doctrine are the sovereignty of God and human responsibility (or the free agency of man). Both are biblically affirmed, but both are understood differently by distinct theological traditions within Baptist life, which are essentially Reformed (or Calvinist) and Arminian (or some form of it). This doctrine, along with certain other biblical doctrines, such as the Trinity or the Incarnation, is a complex doctrine, and there is a sense of divine mystery in how to explain and understand it. These two theological traditions use a number of biblical texts to support their positions but we have room here for only a few texts.

“Election” in this BF&M article is choosing someone(s) for salvation, from beginning to end. There are biblical passages which teach that God chooses or elects people unto salvation from eternity past. (Eph. 1:4-5)  There also are biblical passages that teach that people are called to decide to be saved. (Mark 1:15; Acts 2:38)  There are several approaches to explain this. One, “compatibilism” is a position that understands divine sovereignty to be consistent or compatible with human responsibility. Simply put, they may appear to be in conflict, but they work together, even though we may not be able to explain to everyone’s satisfaction just exactly how this works.

There is disagreement about the basis of God’s election. Was it because He foresaw those who would believe (foreseen faith) and affirmed their free will choice (conditional election) making them the elect (Arminian position)? Or did God choose those whom He would save based on His own free will and divine purposes with no regard for merit or foreseen faith (unconditional election)? (Reformed or Calvinist position). (Eph. 1:12; I Thess. 1:2, 4) It would appear from the confession that election is not from any personal merit (but by grace) because it “excludes boasting.”

Article V includes the means God uses in salvation, and not just the end of it. (More of a Reformed position) The Arminian position holds that God does not ordain the means of salvation, but He ordains the end, salvation. Importantly, both positions hold that when evangelizing, we must seek to be clear and persuasive in presenting the Gospel and inviting people to believe in Jesus. Nonetheless, we pray for God to convict people of their sin and draw the hearts of people to Himself. (Acts 13:48; Rom. 8:28-30)

We are called, regardless, to proclaim the Gospel, because the elect are not saved apart from it. 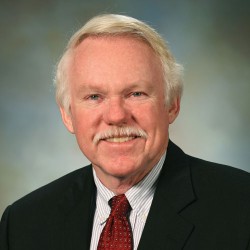