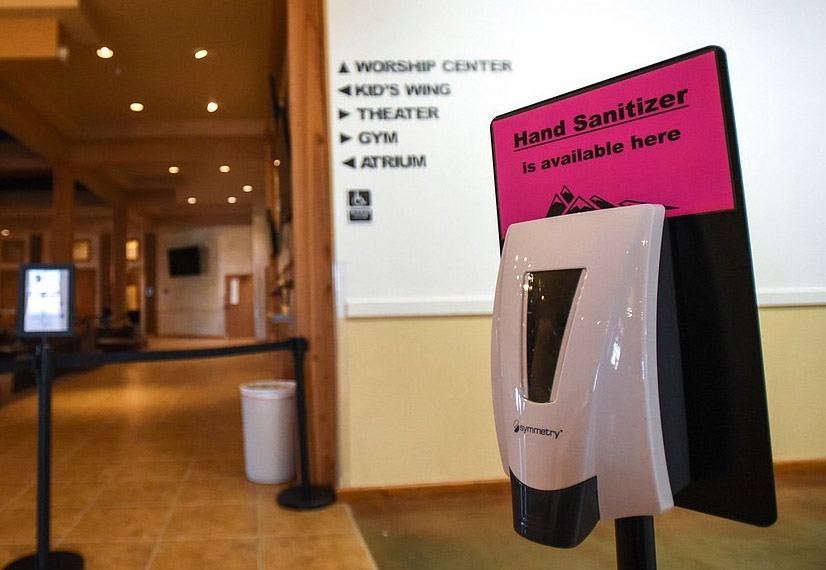 NASHVILLE, Tenn. (BP)—Throughout the COVID-19 pandemic, churches responded to serve churchgoers in a variety of ways, and churchgoers are overwhelmingly proud of how their church handled the crisis.

According to Nashville-based Lifeway Research, almost 9 in 10 Protestant churchgoers (86 percent) say they are proud of how their church has responded during the coronavirus pandemic, with 58 percent strongly agreeing. Few (9 percent) disagree. 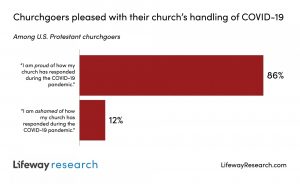 Inversely, few (12 percent) say they are ashamed of how their church responded to the crisis. More than 4 in 5 (84 percent) disagree, with 73 percent strongly disagreeing.

“Pastors have heard their share of second-guessing for how they have handled their church’s response to COVID-19,” said Scott McConnell, executive director of Lifeway Research. “But a large majority of churchgoers agree with their church’s various responses, and few are critical overall.”

In January 2021, half of Protestant churchgoers (51 percent) didn’t attend any in-person church services. For some, that was because their congregation didn’t gather in person, which has been the case throughout the pandemic.

In the latest study, Lifeway Research found attending in person has not been an option recently for almost a quarter of Protestant churchgoers (22 percent). One in 5 (20 percent) say their church stopped in-person services months ago and have not resumed, while 2 percent say they stopped for the first time recently and have not resumed. 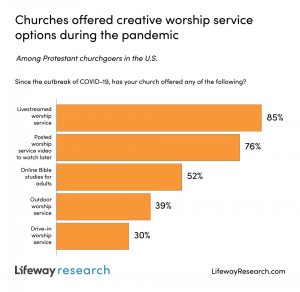 Few, only 1 in 20 churchgoers (5 percent), say their congregation continued to gather in person throughout the pandemic.

“The experiences of churchgoers have varied greatly, because their churches have responded differently to the impact of the pandemic on their church and local community,” McConnell said. “A large minority of churchgoers attend a church that did not offer in-person services for much of 2020. As January illustrates, just because a church offered in-person services does not mean every churchgoer was willing to participate in that way with the coronavirus still actively circulating.”

As regulations and guidelines caused many churches to cancel traditional gatherings, many got creative with the types of services they offered during the pandemic.

Most of those who say their church offered livestreaming say they placed the video on the church website (55 percent). Half (51 percent) said the church used Facebook Live. Around a third (34 percent) said it was on YouTube. More than 1 in 5 (22 percent) say it was on a video conferencing tool like Zoom.

“Much like the old children’s song, churches have been inside, outside, upside and downside during this pandemic,” McConnell said. “It would be a stretch to say churchgoers have been ‘happy all the time,’ but amid the variety of approaches and technology used, a majority of churchgoers participated at some point in what their church offered.”

For more information view the complete report or visit LifewayResearch.com

The online survey of 1,000 American Protestant churchgoers was conducted Feb. 5-18, 2021, using a national, pre-recruited panel. Respondents were screened to include those who identified as Protestant/non-denominational and attended religious services at least once a month in 2019. Quotas and slight weights were used to balance gender, age, region, ethnicity and education to more accurately reflect the population.

The completed sample is 1,000 surveys. The sample provides 95 percent confidence that the sampling error from the panel does not exceed plus or minus 3.2 percent. This margin of error accounts for the effect of weight. Margins of error are higher in sub-groups. Comparisons are made to a Lifeway Research survey of Protestant churchgoers Sept. 20-27, 2019 ,using the same methodology.

Those who strongly agree with all four statements are categorized as having evangelical beliefs.