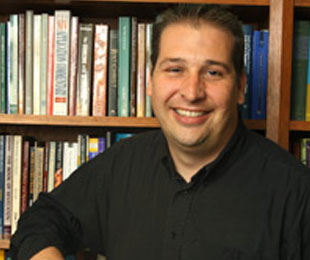 According to a biblical worldview, God also looks upon his good and glorious creation and says “something is wrong.” Yet the story does not end there, because God Himself will repair, redeem, and renew creation from all the disastrous effects of sin and the curse (Rev. 22: 1-4). The Christian worldview not only explains what is wrong, but it also tells us where we are headed by answering the question: “What is our destination?” The answer to this question may be found in the scriptural teachings about the New Creation.

The creation account of Genesis emphasizes the goodness of all the created order with the repeated refrain “it was good” (Gen. 1:10, 12, 18, 21, 25, 31). When Adam and Eve disobeyed God’s command regarding the tree of knowledge, it impacted the entire created order and subjected humanity and the Earth to the tyranny of sin (Gen. 3:17-19; Rom. 8:19-22). God, however, promised a seed or offspring from the woman who would crush the head of the serpent (Gen. 3:15). Generations later, God made a covenant with the descendants of Abraham on Mt. Sinai and gave them His Law to obey (Exod. 24). The problem is that Israel failed to keep the Law because their hearts were sinful and needed to be made new.

The apostle Paul understood the importance of the new covenant and the indwelling Spirit as bringing about the new creation through salvation. In the context of the new covenant and Christ’s reconciling work, Paul describes the transformational nature of salvation by stating, “Therefore, if anyone is in Christ, the new creation has come: The old has gone, the new is here!” (2 Cor. 5:17) He also reminds the Galatians, “For neither circumcision counts for anything, nor uncircumcision, but a new creation.” (Gal. 6:15) This means that God’s redemption of creation begins in the lives of people who are set free from the curse, penalty and dominion of sin through the work of Christ. The new creation has already begun with believers who are made new by the Holy Spirit and are producing His good fruit in their lives.

While God has already begun His work of new creation through the salvation of individual people, God will completely redeem all of the created order through the consummation of the new creation. Paul tells us that all of creation groans in longing expectation for the time when Christ returns and the people of God are glorified bodily (Rom. 8:19-21). The longing of creation to be liberated from the tyranny of sin will be fully satisfied at the end of the age when Christ “makes all things new.” (Rev. 21:5).

In light of all this, Christians have a hope that extends to every aspect of life in this fallen world. All of history is moving toward the new creation that God has planned. This new creation has already begun with the new life of the believer who can live in freedom from the control of the fallen sinful nature (Romans 6). What is more, when we consider our fragile economy, presidential elections, wars and natural disasters, we need not fear or worry. We can know that God is in control and in the end, He will make everything right, and we will partake of the new creation.

When we get to the end of the story, the words “something is wrong” will never be uttered again because the creator God has fixed His fallen and broken creation. John the apostle sees the final restoration of creation when he writes:

“Then I saw a new Heaven and a new Earth, for the first Heaven and the first Earth had passed away, and the sea was no more. . .  And I heard a loud voice from the throne saying, ‘Behold, the dwelling place of God is with man. He will dwell with them, and they will be His people, and God Himself will be with them as their God. He will wipe away every tear from their eyes, and death shall be no more, neither shall there be mourning, nor crying, nor pain anymore, for the former things have passed away.” (Rev. 21:1-4)