The center of a Christian worldview 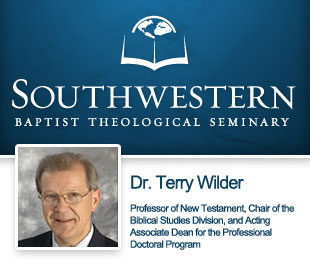 Tawa Anderson basically defined a worldview as “the conceptual lens through which we view our world.”

A worldview is a comprehensive and integrated grid or framework through which we see things. For one who follows Christ, a thoroughgoing view of the world must operate from a biblical standpoint.

A Christian worldview stands in contradistinction with other worldviews present in the lives of people, philosophies like naturalism, spiritism, pantheism and postmodernism, to name a few. Steeped in sin and outside of Christ, we will follow whatever system or combination of beliefs are trendy, meet our needs or satisfy our desires and passions, and they are usually those which hold us the least accountable for our actions and decisions. Such is the nature of humanity.

Stan Norman has highlighted in his article the magnitude and horrific nature of sin. Not a pretty picture! Outside of Christ we are dead in sin and indeed enslaved to it. We are separated and estranged from a holy God Who cannot tolerate our sin. We stand in need of salvation, redemption and deliverance from sin and its effects. However, the problem is that God judges and exacts payment for sin, but we cannot save ourselves, nor do anything to satisfy the demands of this holy God. “But God demonstrates His own love for us, in that while we were still sinners, Christ died for us.” (Rom. 5:8). Through His death on the cross, Christ appeases, or satisfies, the wrath of God toward sin and makes payment for it (cf. 1 John 2:2). We appropriate the salvific grace of God through Christ’s death on the cross into our lives through faith (Eph. 2:8). “For God loved the world in this way: He gave His one and only Son, so that everyone who believes in Him will not perish, but have eternal life” (John 3:16). Jesus “died for all, so that those who live might no longer live for themselves but for the One who died and was raised on their behalf.”(2 Cor 5:15).

So, given the above, what is it that leads or changes us so that we view the world through a biblical, Christian “conceptual lens?” I would maintain it is the person of Jesus Christ and what He has done on the cross that leads us to see the world from a Christian perspective. Though it may seem like a blatantly obvious deduction, this tenet is arguably the center of a Christian worldview. The Lord Jesus has secured salvation for us through His cross death on our behalf, and now we want to see the world as He does. Frankly, outside of Christ we couldn’t care less about the Christian worldview, but when we believe in Jesus and follow Him, our way of life and thinking transform (2 Cor. 5:17); our way of seeing things changes. Such a change is the work of the Spirit through salvation.

Part of this new way of thinking is the realization and acknowledgment that Christ “owns” or possesses us. The church at Corinth, a group of believers who in essence had gotten away from a Christian worldview, were chided by Paul into acknowledging the Lord’s “ownership” of them and the implications of that ownership in the different areas of their lives. First Cor. 6:19c–20 reads, “You are not your own. For you were bought with a price. Therefore, glorify God in your body.”

Though the apostle wrote these words in the immediate context of warning his readers against sexual immorality, the larger context is one in which he instructed the Corinthians with the principle that they “belong to Christ” and not to so-and so (cf. 1 Cor. 1:12).

We, too, belong to Christ, and because God has “bought us,” we want to please Him, not only out of duty, but also out of gratitude. Indeed, followers of Jesus who stand in a right relationship with God want their way of thinking and viewing the world to be Christ’s. They want to do His will. But how do believers in Jesus know the will of God? Where is it to be found? The will of God is grounded in and upon the written revelation of the Bible. We know God and come to understand His way of thinking and viewing the world through his authoritative Word.

As mentioned earlier, the Christian worldview stands in stark contrast to other worldviews. What is it about the person of Christ that separates the truth claims of the Christian worldview from those of all other philosophies? Easy—it is His resurrection from the dead. Jesus Christ “was declared the Son of God with power according to the Spirit of holiness by the resurrection from the dead.” (Rom. 1:4; cf. 1 Cor. 15:3–4). He is God. No other founder or advocate of another worldview can genuinely claim that for himself.