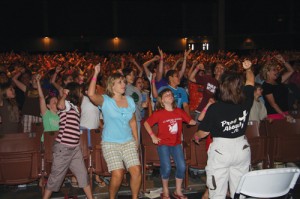 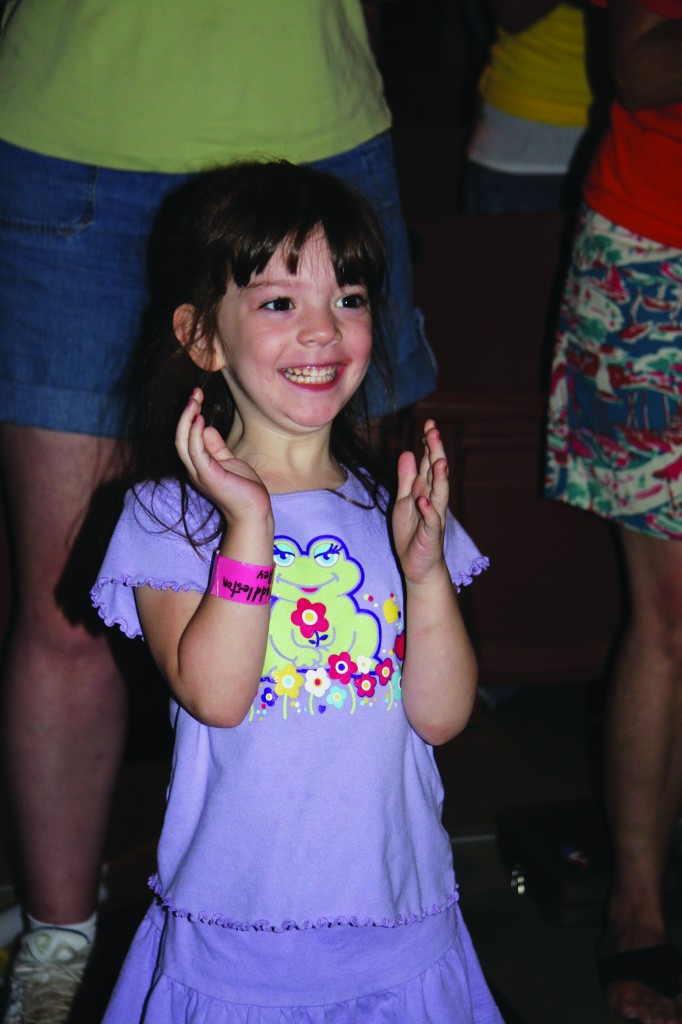 DAVIS-Registration for Associational Children’s Camp (ACC) soared past the 7,000 mark for the first time this year, with a total of 7,173 campers and sponsors attending the two sessions May 25-28 and May 28-31 at the Falls Creek Baptist Conference Center.

More importantly, 545 campers accepted Jesus Christ as their personal Lord and Savior at camp, and a total of 855 decisions were recorded.

First-year director Chuck Utsler, director of missions for Grady Association, admitted he was a bit nervous his first time around, but he praised God for working among the children in attendance during the camps’ 28th year.

“It went well. I really enjoyed it,” Utsler said. “I’ve been around ACC for several years. I took my first group as a pastor back in 1987 when I was pastor at Fairview in Shawnee. As a pastor, I came every year since then and as a DOM, I’ve watched it unfold and it seems like God just keeps blessing it.”

Utsler credited the new tabernacle as fostering a positive atmosphere.

“I think the new tabernacle continues to be an blessing,” he commented. “I know last year when we first used the new tabernacle, I was just really amazed how quiet and attentive the students were and that continued this year; they listened so well. 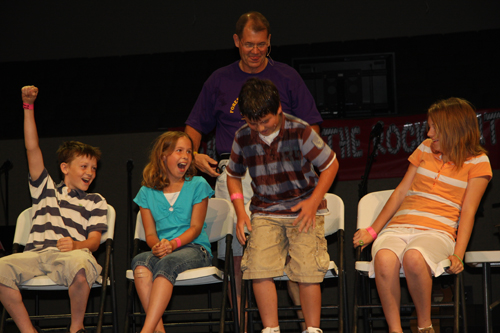 “I think that translates into the commitments with the decisions and such being up. No matter where they are sitting, the students can hear and they can see. The big screens also are very helpful. The tabernacle itself is so user friendly and so conducive to worship and is such a good tool to worship.”

The theme of this year’s camps was “Climbing Higher,” based on Psalm 61:2b “. . . Lead me to the rock that is higher than I.” Camp preacher for session one was Alan Quigley, evangelism specialist for the Baptist General Convention of Oklahoma, while session two featured Griff Henderson, pastor of Newalla, First. Worship was led by Ken Austin, minister of music at Blanchard, First, and the One-Fifty Band.

Utsler said both Quigley and Henderson related well to the children.

“They did a fantastic job. They took the timeless truth of the Gospel and presented it to the kids in a way that they could understand it and respond to it in an honest way. I appreciate the fact that they didn’t preach over their heads, but neither did they try to coerce the kids to make decisions. They did a wonderful job. I had lots of good comments about both of them.” 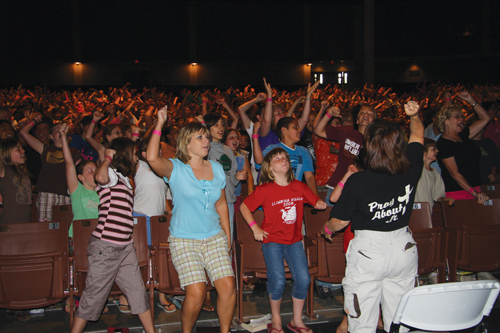 Also on hand was camp fixture Gene “Bubba” Wright of Houston, Texas. Both Wright and Austin and the One-Fifty Band have been at ACC for the past 12 years, Utsler said.

“They’ve been there 12 straight years. I think we’d have an uprising if they didn’t show up,” he laughed.

Although there weren’t a record number of decisions recorded, Utsler said he can see God at work during ACC.

“There weren’t record decisions, but these last two years the response has been really good and the kids who are coming, the biggest part of them really are making decisions,” he said. “Of course, we have some who come just because other kids are coming, but we have a good group of encouragers. We want to make sure-and this is very important to us-that every child who comes is dealt with on a one-to-one basis during the encouraging process, if at all possible.”

Utsler said the camps’ Missions Fest, which was conducted in the new Wynn Center for World Missions, was a big hit with the campers.

‘We had the Missions Fest on the third day of each camp and the turnout was tremendous,” he said. “They loved that. There were more than 1,000 kids come through each time. Someone said it was really interesting and a blessing to see that the line to come through the Missions Fest was longer than the one at the Icee stand.

“They loved talking to the missionaries and seeing their displays. The Wynn Center is just a great structure and building to use for missions education. We’re very blessed to have it.”

Utsler said follow-up with the students who made decisions is one of the most important aspects of the camp experience.

“We had 545 salvations, and a grand total of 855 decisions,” he reiterated. “But, ACC is not just for numbers’ sake; each one of these numbers represents one of these students, and a changed life.

“We’re doing our best to get the information to their churches so they can follow up on the students who made decisions. We’re a partner with the churches in this. We help do the camp, but they’re the ones who cultivate the kids and bring them to camp and then do the follow up. Without them, it’d just be a camp.”