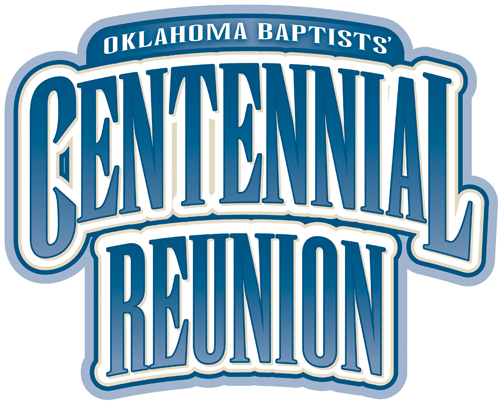 The year 2006 was historic in several ways, but none more dramatic as when the Baptist General Convention of Oklahoma moved into its second century with a gala centennial celebration Nov. 14 at Del City, First Southern.

The 100th anniversary of the convention’s birth tops the list of Top Ten Stories of 2006, as selected by the Messenger’s editors.

More than 1,000 messengers attended the 100th Annual Meeting of the BGCO at Oklahoma City, Quail Springs, Nov. 13-14, capped by the centennial celebration, which attracted a crowd estimated at more than 4,000. Guiding celebrants through a retrospective look at their heritage as Oklahoma Baptists was Gene McFall, aka Will Rogers. 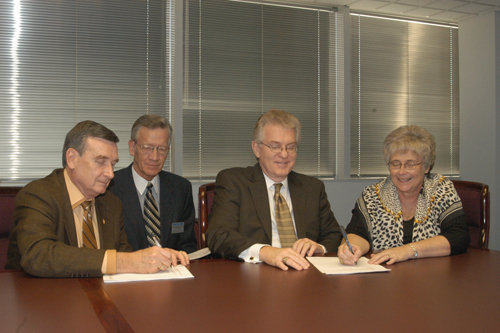 Number two on the Top Ten list was activities regarding the Falls Creek Conference Center, including a decision by the BGCO Board of Directors in February to move ahead with construction of the 7,253-seat tabernacle. The tabernacle is expected to be completed in May, just in time to host eight weeks of youth camps next summer. Falls Creek’s seven youth weeks in 2006 registered record decisions for Christ, including 2,090 professions of faith.

During special ceremonies July 27-28, state pastors and staff and Falls Creek For the Sake of the Call campaign supporters gathered in the tabernacle to bury “prayer capsules” beneath the spot where the facility’s altar will be.

Coming in at number three on the Top Ten list was Enid, Emmanuel pastor Wade Burleson’s conflict with fellow members of the International Mission Board’s Board of Trustees.

In early January, IMB trustees recommended that Burleson, who was elected to a four-year term in June 2005, be removed as a trustee, citing “issues involving broken trust and resistance to accountability.” The recommendation was to be considered by messengers to the annual meeting of the Southern Baptist Convention June 13-14 in Greensboro, N.C.

At issue was Burleson’s decision to report on his encounters with fellow trustees at the Board’s Jan. 11 meeting via an online weblog, or blog. The reports concerned Burleson’s opposition to missionary personnel policies which the Board had adopted in November 2005. 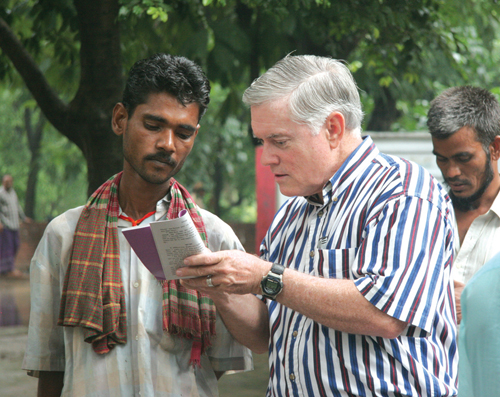 The vote to remove Burleson from the Board became moot Feb. 16 when the Board’s executive committee voted that the recommendation be withdrawn. The controversy was a major blip on the Southern Baptist radar screen nationally, and led to the word “blog” being added to virtually everyone’s lexicon.

Baptisms, No. 4 on the list, were in the news throughout the year. The number of baptisms in both Oklahoma and nationally dropped slightly in 2005 from a one-year surge in 2004, according to Annual Church Profile reports. The role baptism plays in church membership became a controversial topic mid-year, and the Messenger printed a rare special edition: “Baptism and the Bible,” July 20. The issue provided perspective from biblical scholars, theologians, denominational leaders and state pastors to “clarify the scriptural basis for Baptists’ beliefs regarding baptism as it relates to church membership. 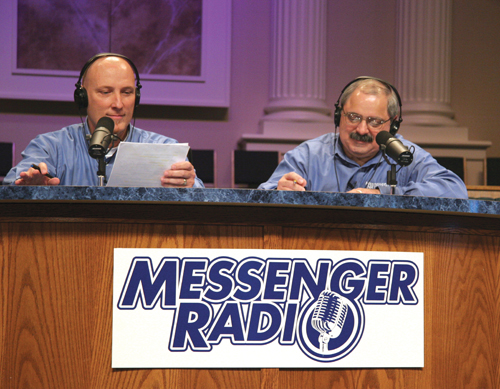 Rounding out the Top Ten stories of 2006 were:

• No. 5. BGCO Executive Director-Treasurer Anthony Jordan’s chairmanship of an Ad Hoc Cooperative Program Committee, which presented nine recommendations to strengthen the CP, including encouraging churches to increase their CP giving and restricting the election of convention officers to those whose churches give at least 10 percent of their undesignated receipts to the CP. Those two recommendations were amended by the executive committee in early June after they “received feedback from from large and small churches across the convention, including many who perceived the recommendations as a mandate from convention leaders infringing on the autonomy of the local church.”

• No. 6. Partnership missions. The BGCO continued a tradition of partnering with other cities, states and countries to spread the Gospel. In 2006, the BGCO Board approved partnerships with Bangladesh and the City of New Orleans and the Utah-Idaho Convention, in addition to existing partnerships with Chicago and Mexico.

• No. 7. Disaster relief. Oklahoma disaster relief volunteers worked thousands of hours in ministering to victims of hurricanes in 2006, especially in the New Orleans vicinity, and to fellow Oklahomans in the aftermath of wildfires which struck the state beginning in November 2005.

• No. 8. Evangelistic Road Trip. Alan Quigley, BGCO evangelism specialist, and Chris Forbes, evangelism marketing specialist, raised quite a few eyebrows and induced hundreds of double takes when they traveled through 10 states Aug. 17-30 attempting to make at least 10,000 evangelistic contacts. The pair returned home after having doubled their goal, challenging Oklahoma Baptists to join with them March 31 when the Church Outreach Team undertakes Oklahoma Life blitz.

• No. 9. Cooperative Program giving. A record $200 million was given to the Cooperative Program nationally, and a 12-year trend of record levels of CP giving in Oklahoma was expected to continue. Oklahoma Baptists contributed $23.3 million in undesignated gifts in 2005, up 3.58 percent from $22.5 million a year earlier.

• No. 10. In February, Ray E. Sanders was elected executive editor of the Baptist Messenger by the BGCO Board, thus becoming the newsjournal’s ninth editor. The move also combined the BGCO’s Communications Team with the Messenger operation.