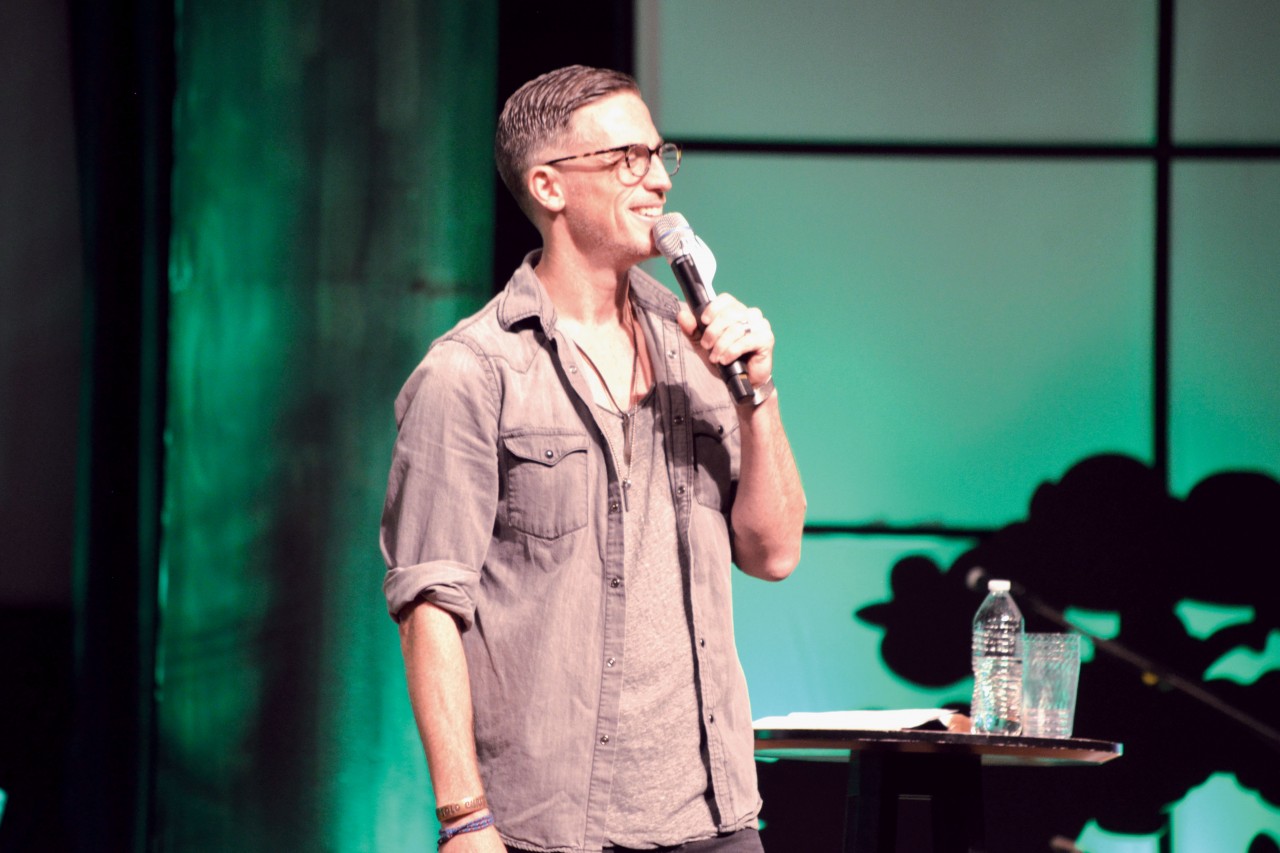 DAVIS—Both Falls Creek Baptist Conference Center and CrossTimbers Children’s Mission Adventure Camp are rejoicing over the many spiritual decisions made by campers this summer.

More than 56,000 total camp participants were on the grounds during the eight weeks of Youth Camp at Falls Creek Baptist Conference Centers. Completing its 101st summer, Falls Creek continues to reach students with biblical teaching and Gospel-sharing preaching.

“It seems like there was just a good sense that people responded well to the overall teaching that was going on,” said Andy Harrison, Falls Creek program director. “I felt it was reflected in the decisions that were made at camp.”

Falls Creek’s programming staff announced that 5,425 Falls Creek campers made spiritual decisions this summer. Of those decisions, 2,316 campers made professions of faith in Christ, and 863 campers answered the call to ministry. Students also made decisions of assurance of salvation (138), recommitment (1,834) or special needs/other (274).

“We only ask our pastors (weekly speakers) to ask for two things (during invitation times): for salvation or profession of faith and for call to ministry,” Harrison said. “When you have more than 3,200 of those decisions represented in those two categories of (5,425 decisions) what you see is that our pastors presented a very clear invitation because that’s where the majority of those decisions happened.”

“Because it was so popular last year, we brought back Suicide Prevention,” he said. “It was, again, very well attended. Our counselors were in each of those breakouts, and they saw people routinely as a result of the conversations that took place in that breakout. It’s such an epidemic with our kids now. There’s hardly anybody who doesn’t know somebody who’s committed suicide or someone in their school has committed suicide.”

Apologetics Q&A was developed after an increasing attendance in Falls Creek’s Apologetics Forum, led by Josh Wagner. The Q&A met on Thursday afternoons, scheduled at 3:30-5 p.m., but Harrison said the time never ended at 5, usually running until 5:30 or 6 p.m.

“There were always students in there who were full of questions,” Harrison said. “They want to know about how to deal with their friends who are atheists or maybe question or try to challenge the Christian faith.”

Falls Creek always makes an emphasis on Oklahoma Baptist churches to be a part of Youth Camp each summer. Harrison and leadership of the Baptist General Convention of Oklahoma also appreciate other churches, especially out-of-state ones, who want to bring campers to Falls Creek.

Harrison shared a story about a church plant near Fort Collins, Colo. that started bringing students to Falls Creek seven years ago. “The first time they came to Falls Creek, they had 17 people,” Harrison said. “This year they had 75, and they needed another cabin to hold the number of students they wanted to bring.”

But there’s more to this story, Harrision said. The sponsor of the Colo. church plant also knew Matt Roberson, pastor of Houston, The MET and leader of the worship band MET Collective, which led worship times during Falls Creek Week 8. When the sponsor told Roberson that they plan to make a long-term commitment to stay in Rush Springs, Southern’s cabin, Roberson told the sponsor a man came into his office recently with a check for $15,000 to give to a church plant. Roberson gave the check to the Colo. church plant, which will be used to come to Falls Creek the next four years.

/// Why people cheer at Falls Creek for opening their Bibles

It has become a rather common practice over the years. When a Falls Creek speaker tells the audience in the R.A. Young Tabernacle to open their Bibles at the beginning of his sermon, a group of people always cheer. For those who wonder how such a practice began, Ed Newton is the one responsible.

Newton, currently the pastor of a church in San Antonio, Texas and a Falls Creek favorite speaker for many years, reinstituted the cheering practice when he spoke during Week 8 at Falls Creek.

“That reflects Ed’s personality and communication,” Harrison said. “And he’s right that we go crazy about everything else in the world. But how about when we say ‘Open your Bibles’ that we go out of our ever-loving minds because it’s God’s Word here and something that matters? But it does throw off a lot of pastors all the time. I think it’s an interesting thing that Ed does, and it’s certainly interesting that it’s grown outside of the weeks that Ed’s (at Falls Creek).”

Though it does appear to be an aspect that brings excitement in campers, Newton said there’s also a serious challenge involved as well.

“As a communicator, we are looking at the faces of a biblically-illiterate generation,” he said. “And so, the Bible has been a book, for many of them, just filled with cruel commandments. But we’re trying to help them understand it is a book filled with sweet solutions. Therefore, to recognize that God’s Word is the greatest love letter that’s ever been written, we have to champion the Word, and to champion the Word is to also celebrate it.”

Newton was not aware that the cheering tradition he started carries over to other weeks of Falls Creek. But he does have a message to the other speakers.
“To any preacher reading this, never stop asking your people to open their Bibles,” he said.