Called to the nations: Life inside IMB’s missionary pipeline 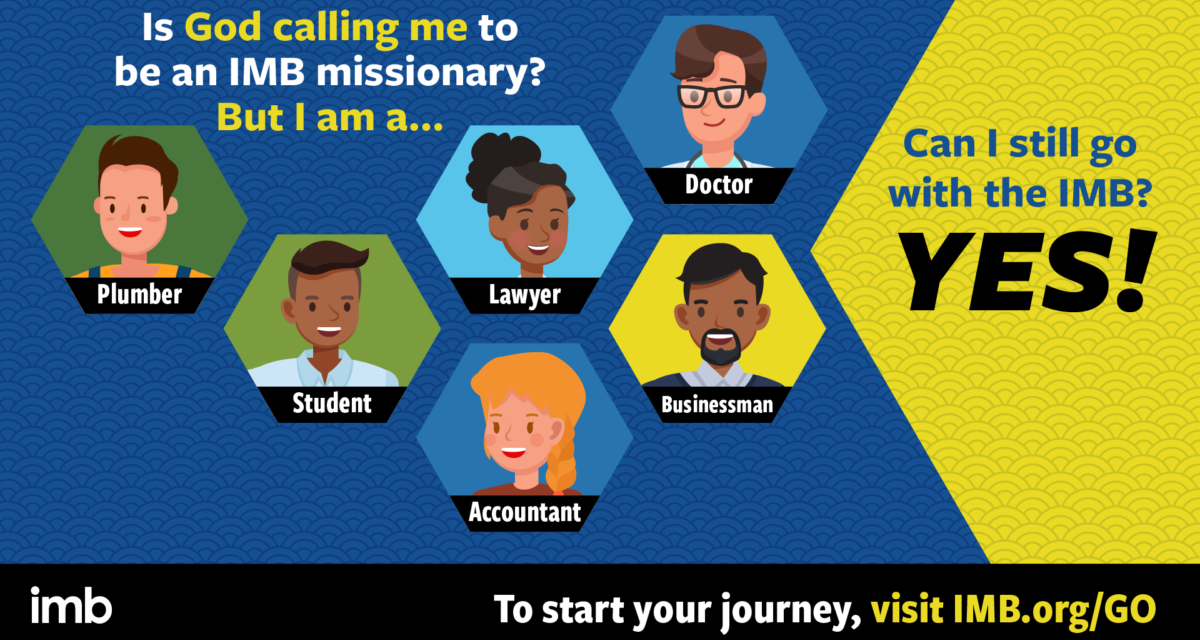 Editor’s Note: One of the IMB’s 2025 strategic objectives is to send an additional 500 missionaries. Missionary presence among the nations is vital to providing gospel access to the world’s lost. This article describes the process for those inside the IMB’s sending pipeline, once a missionary candidate has chosen a pathway to go with the IMB.

Amanda Nunn is retirement age. She’s a widow and a mother of a recent college graduate. She feels a calling for the people of East Africa. A young couple from North Carolina has two small children. They are certain God is leading them to live and serve among South Asian peoples. Adam Gaskins is in his mid-20s. He works as a web developer. He has a heart to take the Gospel to the Japanese. A young lady who was raised in a military family also feels burdened for South Asian peoples. 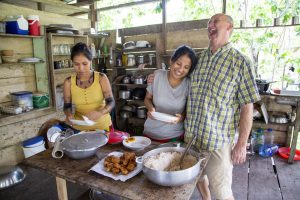 An IMB missionary laughs with two Embera women as they prepare a meal of chicken, rice and fried plantains in their home in the Panamanian village of Piratí. The two single Christian women are co-laborers in ministry among the Embera with the IMB missionary and his wife. IMB Photo

While these individuals are very different, they have two things in common. They are seeking to answer God’s call to bring the gospel to people who have little access to it. And they’re currently in the International Mission Board’s missionary pipeline.

The process hasn’t been easy, they all agreed, but they unanimously said they felt seen and supported by the International Mission Board (IMB).

IMB: What’s been the most rewarding part of the process?

Potential missionary candidate: The support we get from the IMB. There’s a comfort in handing this process over to people who love us and support us and are going to care for us through all of this.

Missionary candidate: After reading the autobiography I wrote for my application, IMB recommended I get some counseling for some things in my life. They want to make sure that we have had closure, and we are healthy emotionally, mentally, physically and spiritually in every area of our lives. Being able to have that and see growth in my own personal life was just so encouraging. It allowed me to see how God cares for every part of my life. It reaffirms our trust in the IMB. They want us to be the strongest we can be for the sake of the Gospel being spread through the world.

IMB: How has this process helped prepare you to get the Gospel to the nations?

Missionary candidate: Having the built-in requirement of submitting an evangelism journal each month was really good accountability for me.

Potential missionary candidate: The emphasis from IMB leaders is that the core purpose, how the missionary task is sustained, is all built on dwelling with Christ. We can achieve nothing without that.  I’m sure, especially once I get overseas, I’ll need to keep remembering that.

The pipeline: preparation and process 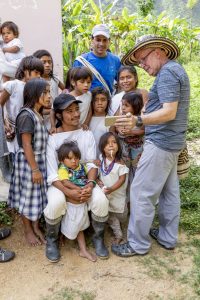 A missionary shares an evangelistic video with group of villagers in Colombia. IMB Photo

An individual interested in going with the IMB doesn’t have to be ready to go to the field tomorrow. The idea is that as someone prepares—spiritually, emotionally, mentally, physically, financially—to go to the nations, an IMB representative and their local church are with them to guide them through the entire process. None of it is done in isolation.

After someone feels called to go, they’re directed to fill out a missionary interest form through the IMB. When a missionary candidate is ready to take the next step, a three-part process begins.

The heart behind this process is to send healthy missionaries onto the field to give the nations greater Gospel access.

Scott Ray, IMB’s director of assessment and deployment, defines a missionary as “a disciple of Jesus who crosses geographic, linguistic or cultural barriers to make disciples for Jesus where Jesus is not yet known.” 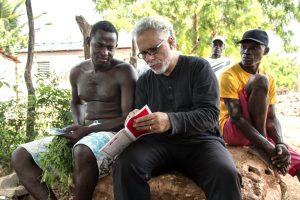 In La Colonia, Dominican Republic, near the Haitian border, an IMB missionary gives a discipleship book to a Haitian man he has just led to accept Christ. Other men from the town listen as they observe what has just happened. IMB Photo

With that definition in mind, Zane Pratt, IMB’s vice president for global training explained, “When a missionary goes to the field, they’re walking into a situation that’s unlike what they’re used to. The enemy can attack from any number of directions.”

Pratt continued, “We will often say that a small issue here becomes a big issue under stress. And you’re going to be under stress.”

The first phase of the process is the church assessment phase. In it, the IMB is interested in making sure that a potential missionary candidate is plugged into their local church. A candidate should be intentionally discipled/mentored by a pastor or another mentor through the church. 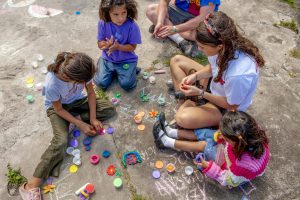 A student on a short-term mission trip draws on the pavement with chalk with children from an orphanage in Nicaragua.

While the church discipleship and investment step continues through the entire process, the second step is the IMB staff assessment phase. A potential missionary candidate will be assessed on their viability to go to the field with the IMB based on their theology, education, references, physical health and the health of their marriage (for couples).

At the end of this step, a candidate will attend an interview conference with the IMB. There, they’ll have the opportunity to interact with other missionary candidates and IMB staff. Additionally, something resembling a job fair will take place, and the potential missionaries can explore specific jobs that might fit the pathway they’re pursuing.

“Our emphasis is now on walking with people to get them to the point that they’re ready to go to the nations,” Pratt said.

The final step is job matching. Candidates seek and commit to where God is calling them.

If you feel God may be calling you to take the Gospel to those who have yet to hear, visit IMB.org/go. For more information on how you may fit into the IMB’s church-planting strategies, check out IMB’s pathways.