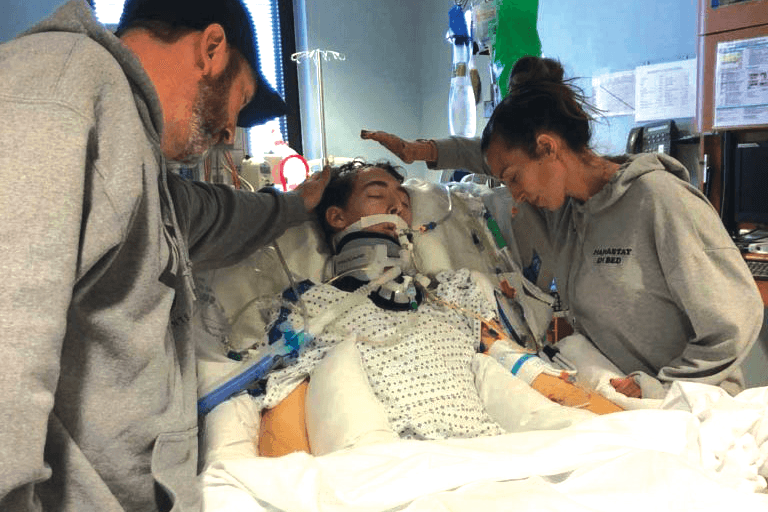 Caleb’s parents, Jeremy and Emily, praying over him in the hospital soon after his accident.
[Photo provided]

NEWCASTLE—It has been a year since Caleb Freeman’s life was changed after being in a car accident with his younger brother, Clayton. The two were on their way to a University of Oklahoma basketball game on Dec. 19, 2017 when they were hit by a semi-truck, injuring Caleb to the point where doctors were calling for a miracle.

Now, 365 days later, Caleb is a walking and talking miracle. He spent the first half of the year in multiple facilities, from Colorado to Nebraska, regaining his ability to talk and going through extensive physical therapy to retrain his body to perform functions like walking.

The entire, miraculous journey has been documented on a Facebook page called “Pray for Caleb,” where more than 68,000 people have hung on every word of every update from Jeremy Freeman, Caleb’s father and pastor at Newcastle, First.

From Oklahoma Children’s Hospital in Oklahoma City, to Craig Hospital, a world-renowned rehabilitation hospital in Colorado, to Quality Living Incorporated, a post-hospital residential rehabilitation center in Omaha, Nebraska, Caleb’s rehabilitation process, although not finished, can only be explained by the hashtag, #ButGod. 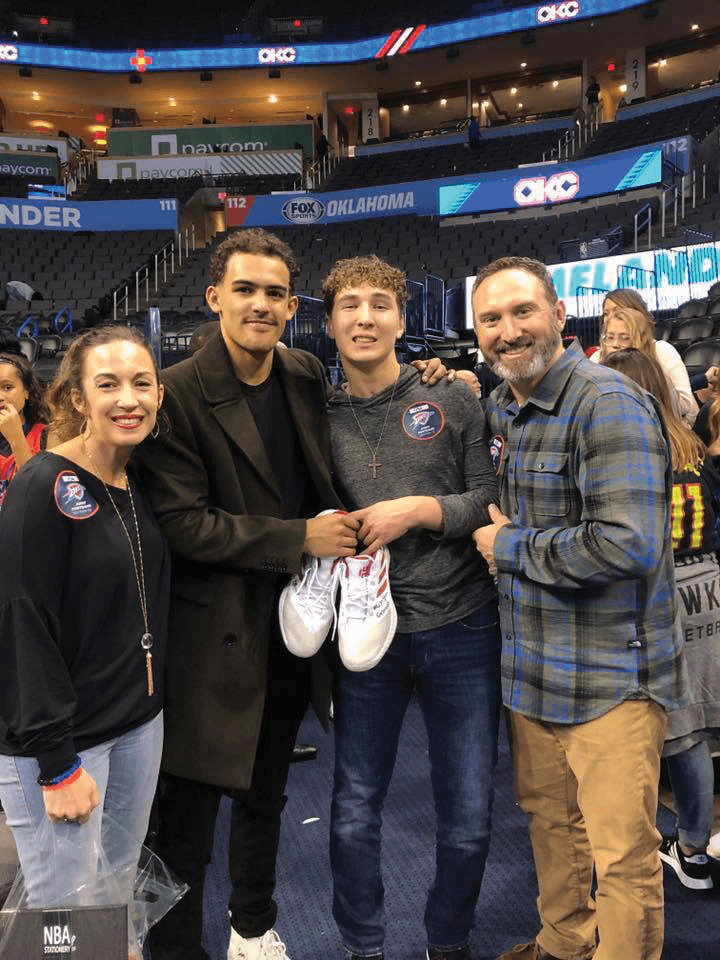 “#ButGod” is a phrase the Freemans say as Caleb far exceeded expectations at every turn in his progress over the past year, saying that there was no explanation other than “But God.”

Since Caleb returned home to Newcastle in August, he has made it his mission to tell others about God and His healing powers. On the day of Caleb’s first day back at church with his church family at Newcastle, First, Jeremy said, “Today, eight months post-accident, my son, who was in a coma for two months…who many thought would never wake up, or if he did, might never breathe on his own, or eat again, or communicate again, or walk again…today, he walked into church, stood and sang worship songs, did a Q&A on stage (showing his humor and quick wit), declared the healing power of God, and then ate some pizza afterwards. He is a true miracle of God!”

Beginning in September, with a speaking engagement at the Baptist General Convention of Oklahoma’s Ministry Wives Weekend, Caleb has shared his story with thousands upon thousands of people of all ages. 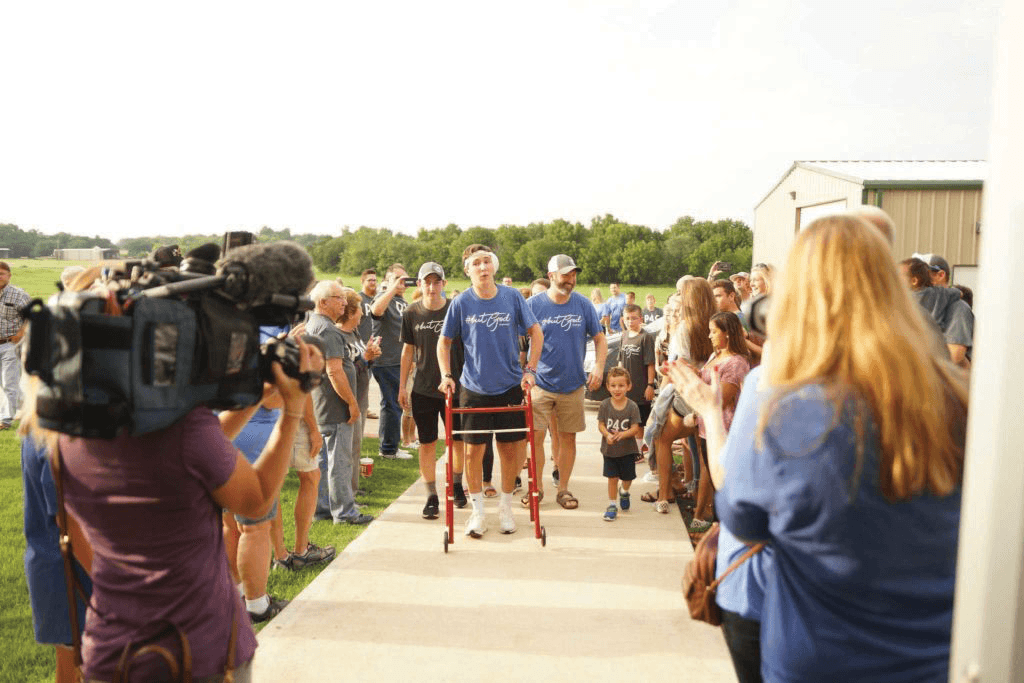 Caleb was welcomed by a large crowd when he came back to Newcastle for the first time in nearly eight months.
[Photo provided]

After seeing the impact of Caleb’s testimony, it was decided that a documentary telling his story would be made. “The documentary of Caleb’s journey will be called, ‘Caleb’s Hope!’ We want the world to know the real hope that Caleb has, which is a living and eternal hope in the Lord Jesus Christ,” Jeremy said. More information about the documentary, including a two-minute trailer, can be viewed at www.calebs-hope.com.

Caleb was invited to attend the University of Oklahoma basketball game on Dec. 18, the day before the year anniversary of his accident after having the privilege to attend a basketball practice with the team and Coach Lon Kruger earlier this month, “We love our Sooners and are so thankful for Coach Kruger,” Jeremy said. 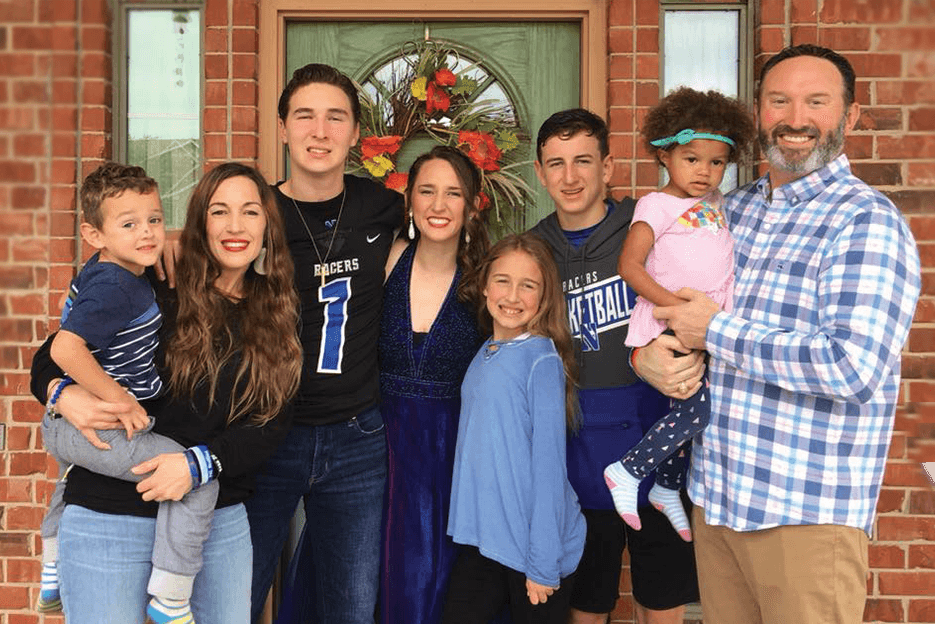 The Freeman family pose for a picture before Newcastle Football homecoming in the fall.
[Photo provided]

On Dec. 16, just days before the one year anniversary, Caleb spoke on the platform at Newcastle, First with is father and brother, Clayton. “His speech, wit, humor, depth, etc., all point to Jesus, and I am so proud of him every time he shares his story,” Jeremy said.

Caleb was also baptized this past Sunday. He said he believed he was saved as a child, but told Jeremy that he felt like his life started over and wanted to get baptized again to symbolize being made new.

In the message that Jeremy taught out of John 11, he said, “We want to instill hope and provide hope. Hope is something I want you to hang on to. We use that word a lot and so often the word does not translate like it should. In the Bible hope is not wishful thinking, in the Bible hope is a certain reality that is anchored in the person and work of Jesus Christ.”

There are many things that have changed in the Freeman’s life over the course of the past year. Jeremy said before the wreck, Caleb was shy and introverted, but now he has a boldness.

“I believe this boldness I have now is directly from the Lord, because before the wreck if you handed me a microphone and told me to tell people about Jesus I would have been quiet. But now if you hand me a microphone you just can’t get this thing out of my hands,” Caleb said.

When asked if he could go back in time and change what happened on Dec. 19, 2017, Caleb said, “I wouldn’t change it at all. The way I look at it is, would you rather have a healthy physical body or a healthy spiritual body?”

Often when the Freemans travel sharing Caleb’s story, people ask how Caleb feels about the wreck flipping his life upside down, and how does he stay positive? To that Caleb replies,”The wreck didn’t flip my life upside down, it flipped it the right way up. The doctors were saying one thing, and the nurses were also saying one thing, but at the end of the day, God really does have the final say.”

As Caleb continues to meet milestone after milestone since the night that changed his life just one year ago, his family asks that people continue to pray faithfully for complete healing of Caleb’s body, and always to remember, #ButGod.

“Whatever you’re going through, as long as you’re trusting in Jesus Christ, there is hope. God has the final say in your life” Jeremy said.