DAVIS—Keith Burkhart, who has served as Baptist General Convention of Oklahoma (BGCO) Family & Men’s Ministry specialist since 2007, is stepping in to the role of BGCO Conference Centers director. 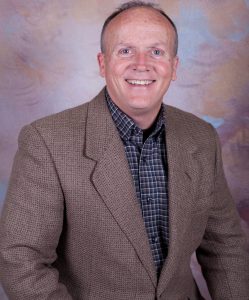 In this capacity, Burkhart will oversee the facilities, maintenance and operations of Falls Creek Conference Center and CrossTimbers Mission Adventure Camp.

“Keith is a true servant leader, faithfully serving Oklahoma churches and having enhanced family and men’s ministry around the state,” said D. Scott Phillips, BGCO Operations Team leader. “He brings a wealth of experience and knowledge of Falls Creek and our conference centers to this role.”

During his time with the BGCO, Burkhart developed the Men’s Rewired retreat into a growing and impactful event known around the state and region. He has led in other ways, including as state leader for Oklahoma F.A.I.T.H. Riders, and serving as a leader with Camp Perfect Wings, a ministry camp for children and adults with special needs. Burkhart also worked to establish unique retreats for senior adults, married couples and more.

“As Falls Creek and CrossTimbers have flourished into year-round conference centers, the role of Conference Centers director has become increasingly vital for the BGCO and the churches we serve. We believe God has uniquely equipped Keith to lead in this way,” Phillips said.

A published writer, Burkhart has written for LifeWay’s Marriage and Family’s blog and the Baptist Messenger. Prior to his time with the BGCO, Burkhart ministered at Del City, First Southern.

“I am excited for Oklahoma Baptists and for the Conference Centers. I know Keith is a proven leader who understands the ministries of Falls Creek and CrossTimbers. Falls Creek is a historic difference maker for the Kingdom, and I have full confidence he will lead the ministry well,” said Jason Langley, pastor of Marietta, First, who served as BGCO Conference Centers director from 2015 to 2018.

Before entering the ministry in 1997, Burkhart was a business owner for 17 years and served in the United States Army Reserves for 21 years. Keith and his wife Jeanette have been married for 40 years, and have 10 children and 11 grandchildren.

“God has given me great insight as I’ve been serving Oklahoma Baptists the last 10-plus years,” Burkhart said. “I believe He’s prepared me for this new assignment to help lead the conference centers. I’ve enjoyed working with Oklahoma Baptists across the state, and I believe God has provided all the skills I’ve developed through the course of my life to use them for a time such as this.”