Boise City, First sees brokenness as opportunity for the Gospel 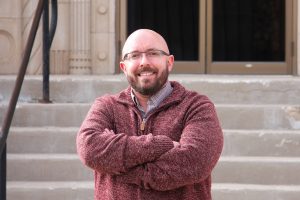 BOISE CITY—Legalized recreational marijuana in Colorado has created a boom in the so-called “cannabis tourism industry,” attracting people who flock to the state to use the drug. The Oklahoma panhandle, which shares a border with Colorado, has become a crossroads for people seeking the drug from Oklahoma and Texas.

Boise City, a small panhandle town of 1,189 souls, had already dealt with decades of economic and demographic challenges. The community has experienced population decline, an aging constituency, limited access to healthcare and a dearth in economic growth. And now the town also is increasingly finding the community saddled with the problems associated with drug and alcohol abuse.

In addition, Boise City law enforcement is focusing much of its resources on the number of people who travel though the city to go to Colorado to get marijuana products to take home. According to state government statistics, 79 percent of all arrests in Cimarron County are drug-related, with the majority of those arrests being people coming through the county.

In recent years, the problems related to drugs have become more than a problem with people who are passing through. Drugs of all types have become more common in the city. Boise City Chief of Police Nathan Cobb explains, “Locally, our problem is marijuana and meth, primarily. The ones that are doing meth are also doing marijuana. But also we have seen increases in the use of heroin, and even cocaine is making a comeback right along with hallucinogenic drugs,” he said.

Trevor Bulls, pastor of Boise City, First, has kept up with the effects of drugs in the community. “We have noticed changes that have resulted in an increased use of drugs in Boise City in the last five years. Citizens are crossing back across our border with the drug and bringing it into town. And this increased drug use brings with it a lot of other social problems and brokenness.” 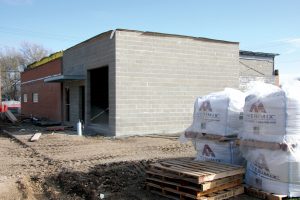 Pastor Bulls added that, since Colorado marijuana laws became active, he has seen the city’s younger generation more at risk for drug use. “There is definitely much easier access to marijuana among teens than there used to be,” he said, “and marijuana is increasingly becoming available to the teenagers in our community at a younger age.”

Boise City, First is not letting the challenges cause them to shrink back from ministry. The church is confronting the brokenness that has come to their city with an enhanced vision for evangelism.

“With drug abuse comes a whole new level of brokenness—issues from marriage breakdowns, to young kids getting in trouble, to all kinds of problems,” Bulls said. “I have tried to make it a point to speak to the reality of what we see going on in our community. The alcohol abuse, drugs, sexual immorality—I have tried to help people see that.

Bulls believes the key to ministry in Boise City is to have the perspective that social problems are opportunities for evangelistic ministry. “We have found that having your eyes open and looking for those broken places, looking for opportunities for the Gospel, leads to building relationships. I meet with people who maybe have gotten in trouble with law, DUIs, drug possession or whatever, and part of their court order is they have to do counseling. Well, there is not much counseling available to them here, so I will meet with some of those individuals, and we have seen people come out of drug addiction, and that is what you want to see.

“There was a young man a year or two ago who got into legal trouble with drug-related things. Visiting him in jail, we helped get him connected to a drug rehab facility. Now he’s working as an intern at that drug rehab center. There are lots of opportunities to try to reach people just because those things lead to brokenness, and when people are broken they are most ready for someone to come offer them hope and help,” he said.
“I have decided that Boise City is in a situation more like the early church was than probably it has been ever before. The early church was in a place of brokenness, and the Gospel flourished in the midst of that brokenness. And so, what I see is the opportunity for ministry, here and now—like it was the days of the early church,” he concluded.