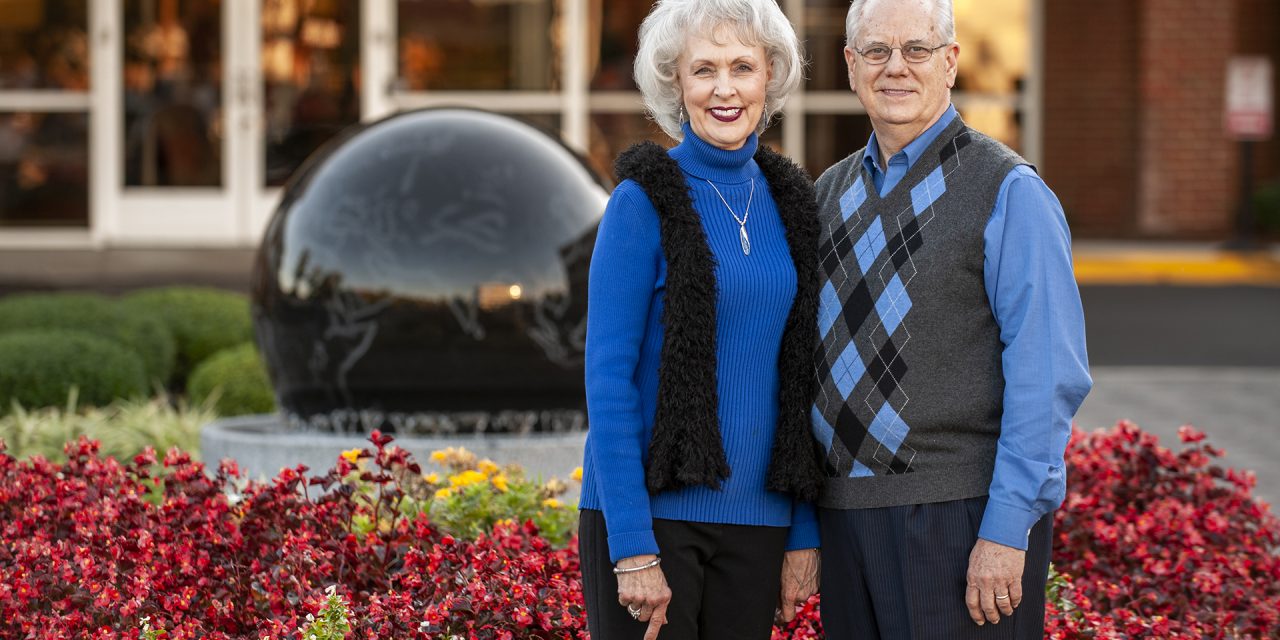 Above: Bobbye Rankin, left, served alongside her husband Jerry as an International Mission Board missionary for decades before the couple moved to Richmond, Va., in 1993 when Jerry became president of the entity.

CLINTON, Miss. (BP)—Bobbye Simmons Rankin, wife of former Southern Baptist International Mission Board (IMB) President Jerry A. Rankin, died Jan. 2 in her home state of Mississippi. She was 78. Bobbye served with her husband more than 20 years as a missionary to Asia before he was named IMB president in 1993.

“I was a new IMB trustee and, as was her custom, Bobbye hosted new board members in her home for breakfast,” he said. “My first impression of her was of a graceful southern woman who maintained a rare composure and consistent kindness.

“Over the past 20 years of knowing the Rankins, including a visit in their Mississippi home this past summer when she was struggling with health challenges, I found the same to be true. She never wavered in her loyalty to Jesus, her husband, or the IMB. I count it an honor and privilege to have known her.”

Bobbye and Jerry met at the top of the library steps at Mississippi College, Clinton, in 1962, when she was a freshman and he was a junior. They began dating the next year and were married on the last day of Bobbye’s final exams with members of the Baptist Student Union choir singing “O Zion Haste” as their recessional.

They spent the rest of their years hastening to bring God’s Kingdom to parts of the world where few had heard the name of Jesus.

But they got off to a rough start as young missionaries in Indonesia with two young children. Bobbye often shared with missionaries and their families how God helped them through those early years when the family suffered from repeated infections with boils, including one that caused them to rush their young son to the hospital.

Doctors told them he might have died had they not come so quickly. But they also told Bobbye she needed major surgery. While she was still recovering, the family received word that Bobbye’s parents had been in an auto accident back in Mississippi. Her father had died, and her mother was in serious condition.

Sitting in her mother’s hospital room still reeling from all she had been through, Bobbye said she felt God’s assurance that He was there. “Within my Spirit I saw God was on His throne,” she shared in testimonies.

She knew because she had been there, serving with her husband in Indonesia and later elsewhere in Asia when he was named to administrative positions with IMB. She resigned as a missionary in 1987 and worked alongside her husband when he became IMB area director for Southern Asia and the Pacific. In 1993, the couple moved to Richmond, Va., when Jerry Rankin was named president of the International Mission Board. After he retired in 2010, they returned to Clinton.

In a 2009 blog for the Christian Women’s Leadership Center (cwlcleaders.com) Claudia Johnson, former IMB worker, remembered Bobbye as “one of those women who makes me smile.”

Johnson recalled a humid day in Bangkok when Bobbye walked into her house with a bouquet of flowers. The two women’s husbands were traveling together, and Bobbye knew Johnson would be home alone with three small children for several weeks, having to handle anything that might go wrong herself.

Knowing that, “Bobbye took it upon herself to walk the extra mile or two that day in the sweltering heat to bring me flowers along with her graceful words of love and encouragement,” Johnson wrote.

In 2009, during a retreat at Ridgecrest Conference Center in Black Mountain, N.C., Bobbye told of going through a village in Indonesia asking if people knew Jesus. “No, I don’t believe he lives in this village. Go to the next village. You might find him there,” was the response she heard. They clearly did not know her Savior.

The Rankins also shared a passion for the Word of God and Bobbye memorized Scripture as a part of her daily devotional practice. She was known as a speaker whose talks were laced with the Scriptures she quoted at length from memory.

She received a Bachelor of Science degree at Mississippi College and attended Southwestern Baptist Theological Seminary, Fort Worth, Texas.

While in college, Rankin served as a Baptist Student Union missionary in Hawaii. She later taught in public schools in Fort Worth and Arlington, Texas.

Appointed to Indonesia in June 1970, the Rankins served across the country. As her husband served in administrative positions, Bobbye served as a church and home worker living in Bangkok, Thailand. Part of that time she also served a special assignment in Bangalore, India.

Besides her husband, Bobbye is survived by two children, Lori Moses and Russell Rankin; six grandchildren; and two great grandchildren.

A family obituary and service arrangements will be published through Wright and Ferguson Funeral Home, Clinton, Miss.