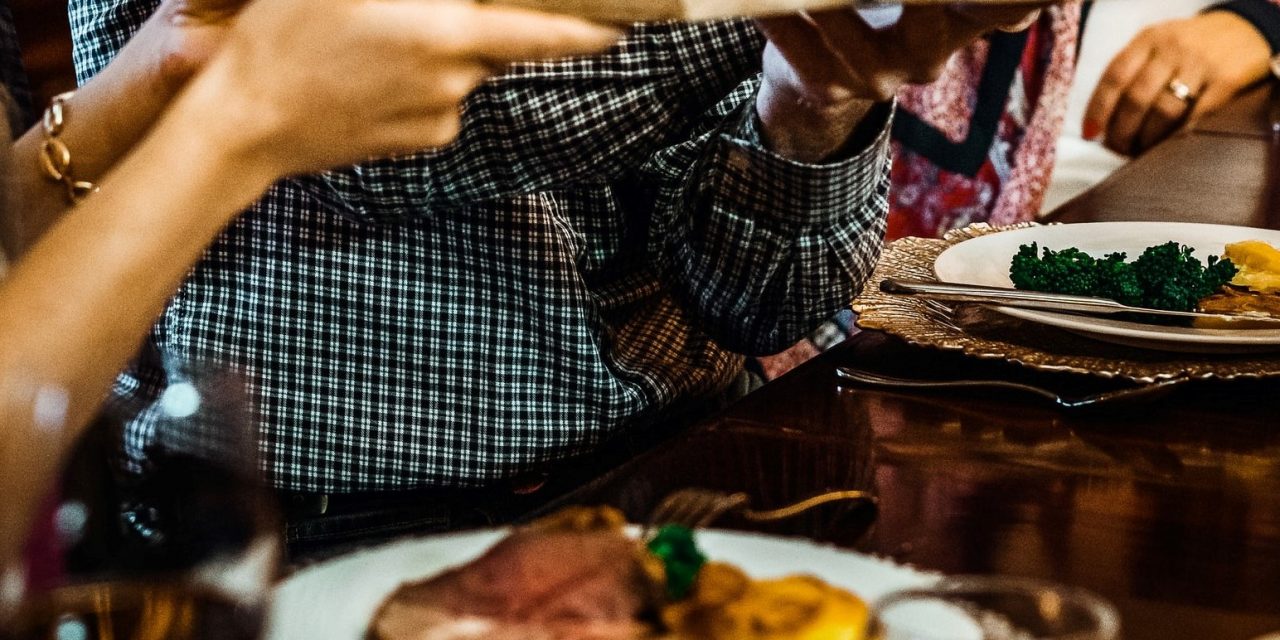 Numerous Easter traditions fill the memories of my youth in southeastern Kentucky. I vividly recall Easter sunrise services, Easter baskets with plastic eggs and chocolate, Easter egg hunts and a packed church sanctuary singing “Because He lives I can face tomorrow” and “Up from the grave He arose, with a mighty triumph o’er His foes.”

The grand finale, however, was not the Hallelujah Chorus, but a smaller gathering of my mother, my grandmother and myself around the table with an abundance of delicious food, including deviled eggs, pecan pie and my favorite, chicken and dumplings. Hungry souls were fed in the sanctuary of the local Baptist Church as we celebrated with word and song, but hungry bellies were fed around the table at my grandmother’s house.

In Luke’s telling of the Easter story, the meals point to the meaning of Jesus’ resurrection. This should not surprise us since Luke typically narrates the story around meals. In fact, beginning with the banquet at Levi’s house in Luke 5:27-39, Luke mentions 10 meals Jesus shared with either tax collectors and sinners, Pharisees and Scribes, or His disciples.

It is no wonder Robert Karris notes that “In Luke’s Gospel, Jesus is either going to a meal, at a meal or coming from a meal” (Eating Your Way Through Luke’s Gospel (Collegeville: Liturgical Press, 2006), 97).

But all of the meals in Luke’s Gospel culminate when Jesus sat down with the two distraught disciples in the village named Emmaus after a few miles journey from Jerusalem on that first Easter Sunday (Luke 24:13-35). It had been a sad couple of days since Jesus’ crucifixion on Friday, and the situation did not appear to be improving, as Cleopas and his companion returned home with no hope. And even though the risen Jesus joined them on the journey, they did not recognize Him because God had not yet opened their eyes (24:16).

It was only at the end of the journey, as Jesus sat down with them at the table, and “He took the bread, blessed and broke it, and gave it to them. Then their eyes were opened, and they recognized Him” (24:30-32). It was only in the “breaking of the bread,” an Easter meal for sure, that the resurrected Christ was made known to them.

The “breaking of the bread” recalls an earlier meal Jesus shared with His 12 disciples, often called the Last Supper, on Thursday evening before His arrest. There, much like at the “Hotel Emmaus,” Jesus took the bread, gave thanks, broke it, gave it to them, and then He said, “This is my body which is given for you” (22:19).

Even earlier in Jesus’ ministry, He fed the 5,000 by taking the loaves and looking up to heaven. In similar fashion, He took the bread, gave thanks, broke the bread, and gave the bread to the disciples (9:16). This miraculous feeding of the multitude resulted in the opening of Peter’s eyes to the reality that Jesus was the Christ (9:20).

And if we go back even further in Luke’s story, to the very beginning, there is the newborn Jesus in a feeding trough for animals (2:7). The message is unmistakable: Jesus alone is the broken bread, tortured and executed, now raised from the dead. He alone, in the power of His resurrection, is able to nourish the hungry soul.

Though we are familiar enough with the image of Jesus as the Bread of Life that nourishes our dead, darkened and displaced souls, we may forget that it was a meal in a garden in Genesis 3 that set us on our course of death and depravity. Rather than Jesus sharing the bread with Cleopas and his companion, it was the serpent sharing the fruit of the tree of the knowledge of good and evil with Eve and Adam. If they would eat, their “eyes would be opened” (Gen 3:5). And of course, they did, and thus began our long, dark exile from the presence of God and eternal death.

When the resurrected Lord opened the eyes of Cleopas and his friend in the breaking of the bread, Jesus signaled that the long exile was over. The new creation has dawned. Let us celebrate that in Jesus’ incarnation, His miraculous deeds, His body broken for sinners, and most gloriously in His resurrection, God has provided the healing nourishment all creation longs for.

Imagine the speed with which Cleopas and his companion raced back to Jerusalem to declare, “The Lord has risen, He has risen indeed!” May we with similar urgency declare this Good News today!