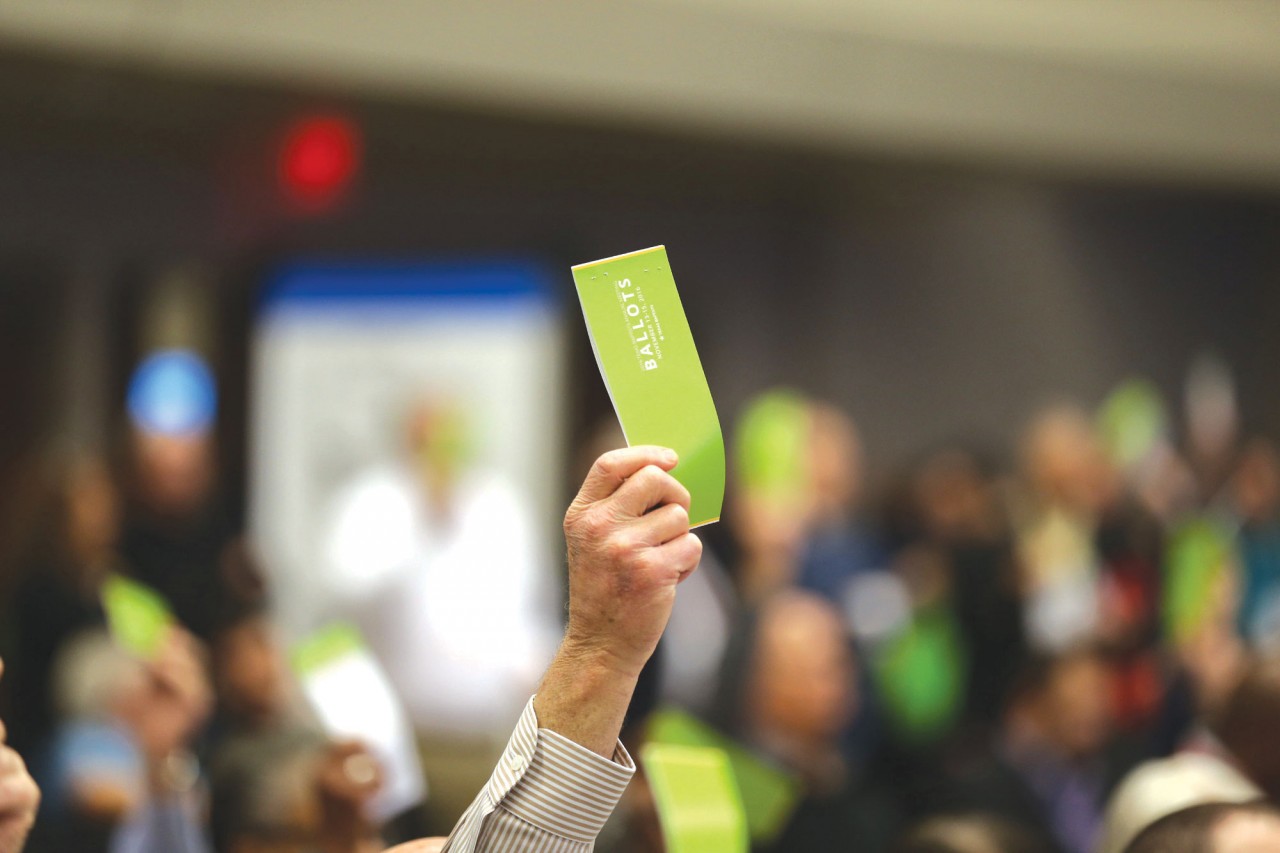 DALLAS (BP)—In response to messenger actions at the Baptist General Convention of Texas (BGCT) annual meeting Nov. 15, convention leaders will ask the BGCT Executive Board to consider withdrawing fellowship from two churches that permit practicing homosexuals to be members.

“The BGCT believes First Baptist Church, Austin and Wilshire Baptist Church are outside of harmonious cooperation as defined by the convention’s historical position and past actions, and reaffirmed by a motion passed by messengers to this year’s annual meeting,” the BGCT told Baptist Press in written comments.

Earlier this month, BGCT leaders sent letters to First Baptist and Wilshire informing them that to affirm any form of sexual expression outside marriage between one man and one woman was tantamount to “choos(ing) to withdraw … from harmonious cooperation with the churches of the convention,” the BGCT said.

First Baptist responded with an open letter on the church’s website to BGCT leaders stating, “We are proudly and openly welcoming and affirming of all God’s beloved children.”

The letter accused the BGCT of “complete disregard for the fragile freedom of the local church as outlined in our historic Baptist tradition” and pledged to withhold funds from the convention starting immediately.

Wilshire leaders announced to the congregation Nov. 14 via email that the church body had voted 577-367 over the previous two Sundays to approve a recommendation permitting “all members to participate in congregational life on the same basis as any other church member regardless of sexual orientation or gender identity.” The vote followed a study process that yielded a 35-page report from a deacon-appointed “Inclusion and Diversity Study Group.”

During the BGCT annual meeting in Waco, Texas, messengers approved two motions related to withdrawal of fellowship from individual congregations, though neither named a specific church.

One motion stated “that the convention reserves to itself exclusively, through a two-thirds vote of its Executive Board, the authority to remove a congregation from harmonious cooperation.”

The other motion stipulated “that any church which affirms any sexual relationship outside the bonds of a marriage between one man and one woman be considered out of harmonious cooperation with the Baptist General Convention of Texas.”

Representatives of both churches told BP they interpret the BGCT’s actions to mean the convention will no longer receive their financial contributions, seat their messengers at annual meetings or permit them to receive other privileges of cooperating churches.

Griff Martin, pastor of First Baptist, said, “We made no demands of the (BGCT) that they be welcoming or affirming. We knew their position. We just asked to still have a seat at the table and to still be able to participate in missions.”

Martin confirmed the church has “done gay weddings,” “ordained gay leadership” and “celebrated and dedicated the children of gay couples. And we will continue to do all those things.”

Mark Wingfield, associate pastor at Wilshire, said the congregation “has been the number one or number two contributing church in the state of Texas” annually to the BGCT’s Hunger Offering. “What we’ve heard them say to us … is, ‘Your stance on LGBT inclusion is more important to us than receiving your funding to help hungry people around the world.’ And our congregation has a real hard time hearing that.”

BGCT executive director David Hardage told the Baptist Standard newsjournal before the annual meeting that, should these churches be considered outside harmonious cooperation, their members elected to convention-related boards would be given the option of moving their church membership or resigning from the boards. In some cases, institutions with non-BGCT-elected portions of their boards may be able to shift members of disfellowshipped churches to those slots.

The Baptist Standard reported that no immediate action would be taken regarding these church members who serve on the BGCT Executive Board staff.

Previously, the BGCT declared its belief that homosexual behavior is sinful in 1982 and 1998, according to the Baptist Standard. The Executive Board approved a report in 1996 that classified “homosexual practice” as “in conflict with the Bible.”

In 2010, the Executive Board declared Dallas, Texas, Royal Lane not in harmonious cooperation with the convention.

In its comments to BP, the BGCT emphasized love of all people and redemption through Christ.

“While Texas Baptist churches are loving, respectful and welcoming to all people, the convention’s position on biblical marriage remains unchanged,” the BGCT stated. “We believe the Bible teaches that any sexual relationship outside the bounds of a marriage between a man and woman is sin. This includes same-sex sexual behavior.”

The statement added, “Texas Baptists proclaim the Good News that Jesus Christ offers forgiveness from sin and strength to pursue godly living. This is a message of love and hope without exception for all people.”