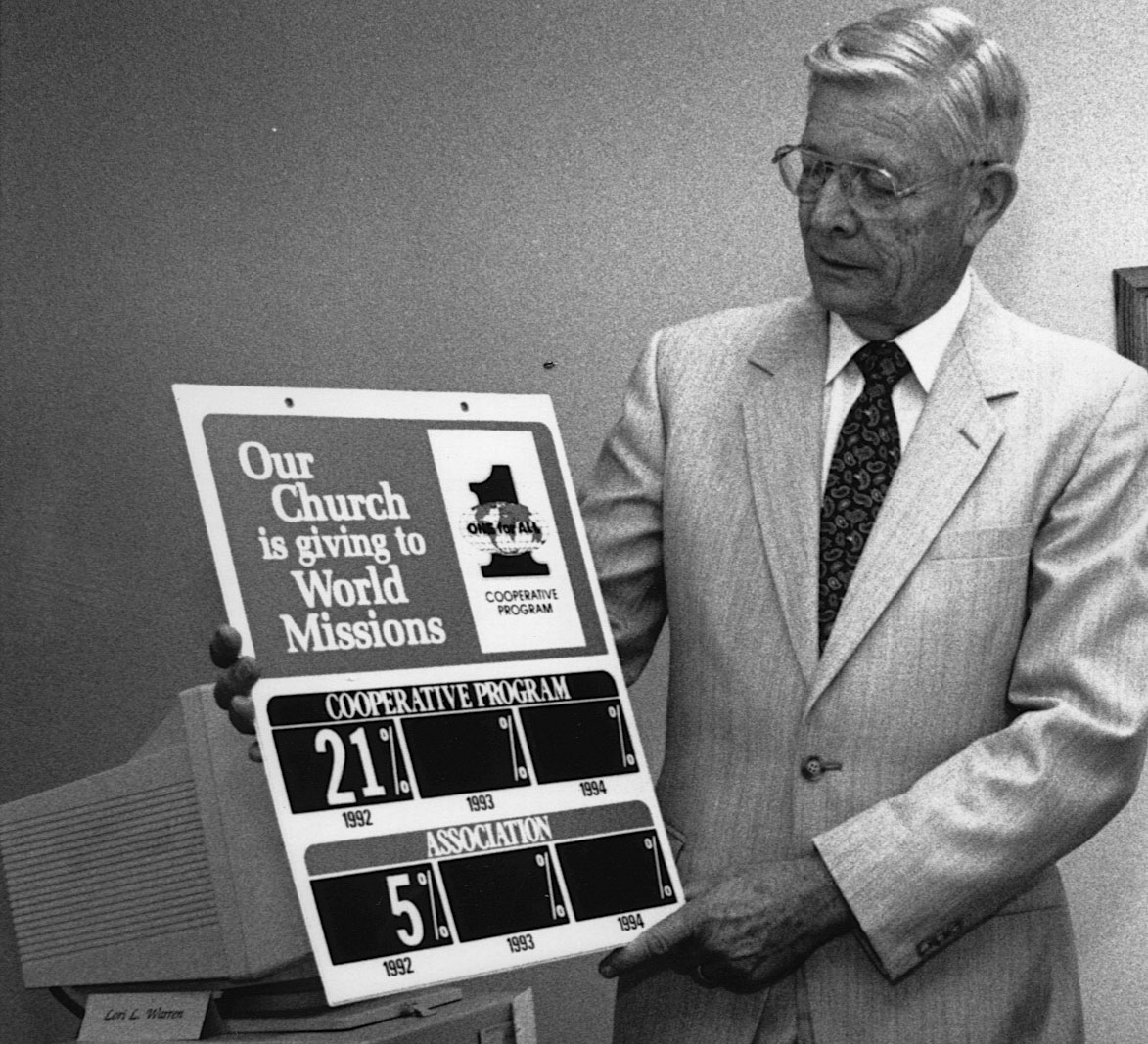 Thanksgiving 2016 will be memorable for the family of Lyle Garlow. The former associate executive director of the Baptist General Convention of Oklahoma (BGCO) died Nov. 24, Thanksgiving evening. He was 89.

For 35 years (1957-92), Garlow worked at the BGCO, serving first in the Religious Education Department and then his last 21 years as associate executive director. He held positions of program 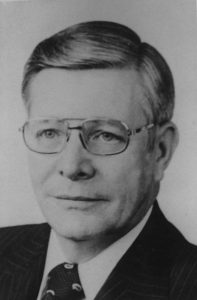 Lyle Garlow worked at the BGCO for 35 years

His obituary also credits Garlow for preaching “in almost every Southern Baptist Church in Oklahoma” and beyond. Those who knew him well described Garlow as a great organizer, a trusted advisor and a great leader for Oklahoma Baptists.

The Nov. 19, 1992 edition of the Baptist Messenger reported Garlow’s retirement saying, “Few men have done more to impact so many churches in our state in so many positive ways.”

Anthony L. Jordan, BGCO executive director-treasurer, shared his memories of Garlow, when, as a “brash” young pastor, Jordan was influenced by Garlow who encouraged him to make an impact for the Kingdom of God.

“I am blessed because he not only invested in my life, but he invested in people around me,” said Jordan who specifically mentioned Kerry Russell, BGCO chief financial officer, and Lori Warren, Jordan’s executive assistant, as two people Garlow mentored.

Regarding Garlow’s influence on Russell, Jordan said, “The specificity with which Lyle Garlow operated his life, the absolute uncompromising detail by which he lived life, his commitment to be faithful to Oklahoma Baptists with every dollar that was given to be used for the advancement of the Kingdom of God in Oklahoma and to the ends of the earth, I get the privilege of working beside Kerry Russell whose life was impacted by Lyle Garlow.”

Warren began her work experience at the Baptist Building when Garlow hired her. Jordan said Garlow taught Warren “this incredible organizational ability which is done with absolute excellence and absolute finesse.”

“I thank Lyle Garlow for the investment he made in people who stand on his shoulders today and help lead the organization called the Baptist General Convention of Oklahoma,” Jordan said, mentioning that, while Garlow served the BGCO for 35 years, he never forgot that its purpose is to serve the local church. “He never came to the point where the organization was about itself.”

Bob Ross, former president of the Baptist Foundation of Oklahoma, spoke as a fellow worker with Garlow. Ross said Garlow was “the man behind the scenes and the glue that held things together.”

“I’m here to tell you that Lyle Garlow was the genuine article,” Ross said. “There was no pretense about him. He had a heart for God; he had compassion for people; he was driven by a sense of divine call and a pursuit and commitment to excellence. He held nothing back.”

Some of the best reflections offered during Garlow’s funeral came from his two children, Dawne Pybas and Sam Garlow. 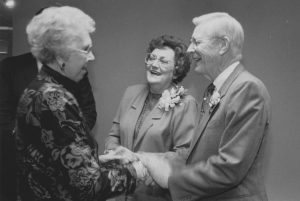 Garlow and his wife Willa Ruth, center, shared a passion for people and for church work.

Pybas said her father taught her that love is an action word, the importance of prayer and that excellence is not an accident. Sharing one significant moment of prayer with her father, Pybas remembered when he led her to pray to receive Christ.

“I won’t ever forget the prayer of thanksgiving that he prayed after I had accepted the Lord,” she said.

Sam Garlow shared many memorable experiences of his childhood with his father. He also shared an experience soon after his father’s passing.

“Someone said to me, ‘Boy, it’s tough to lose your dad at Thanksgiving,’” he said. “And I thought, ‘Not at all. We didn’t lose him. We know where he’s at.’ Every Thanksgiving, we’ll be able to look back and think about that. We’ll think about the life he lived, the faith that he modeled for us, his commitment to his calling and the impact he had on people across this state and across the world.”

For Lyle Garlow’s family, God gave them a special Thanksgiving memory to be shared annually near the end of November.