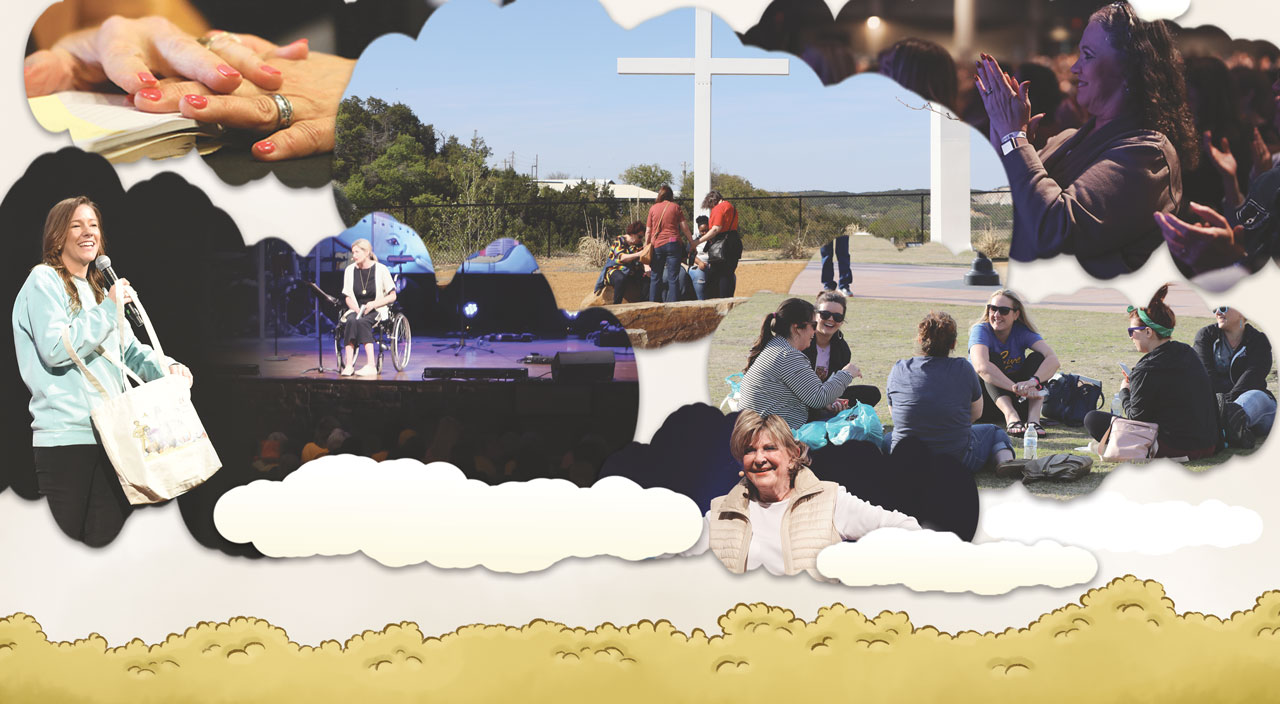 Women spent two days filled with fellowship, powerful messages, Bible-studies and prayers in order to focus on reaching those within their city.

The theme of the 2018 retreat was “Home”, drawing from scripture in Jer. 29:7 which says, “Seek the well-being of the city where I have sent you…”

Amy Cordova, BGCO women’s missions and ministry specialist, shared the impact that the retreat had in the lives of Oklahoma Baptist women. “What an incredible weekend!” she said. “I loved gathering with women from more than 300 cities across Oklahoma and 16 other states to worship Jesus and study His Word. Women showed up in record numbers to enjoy a beautiful time of fellowship with their church family.” 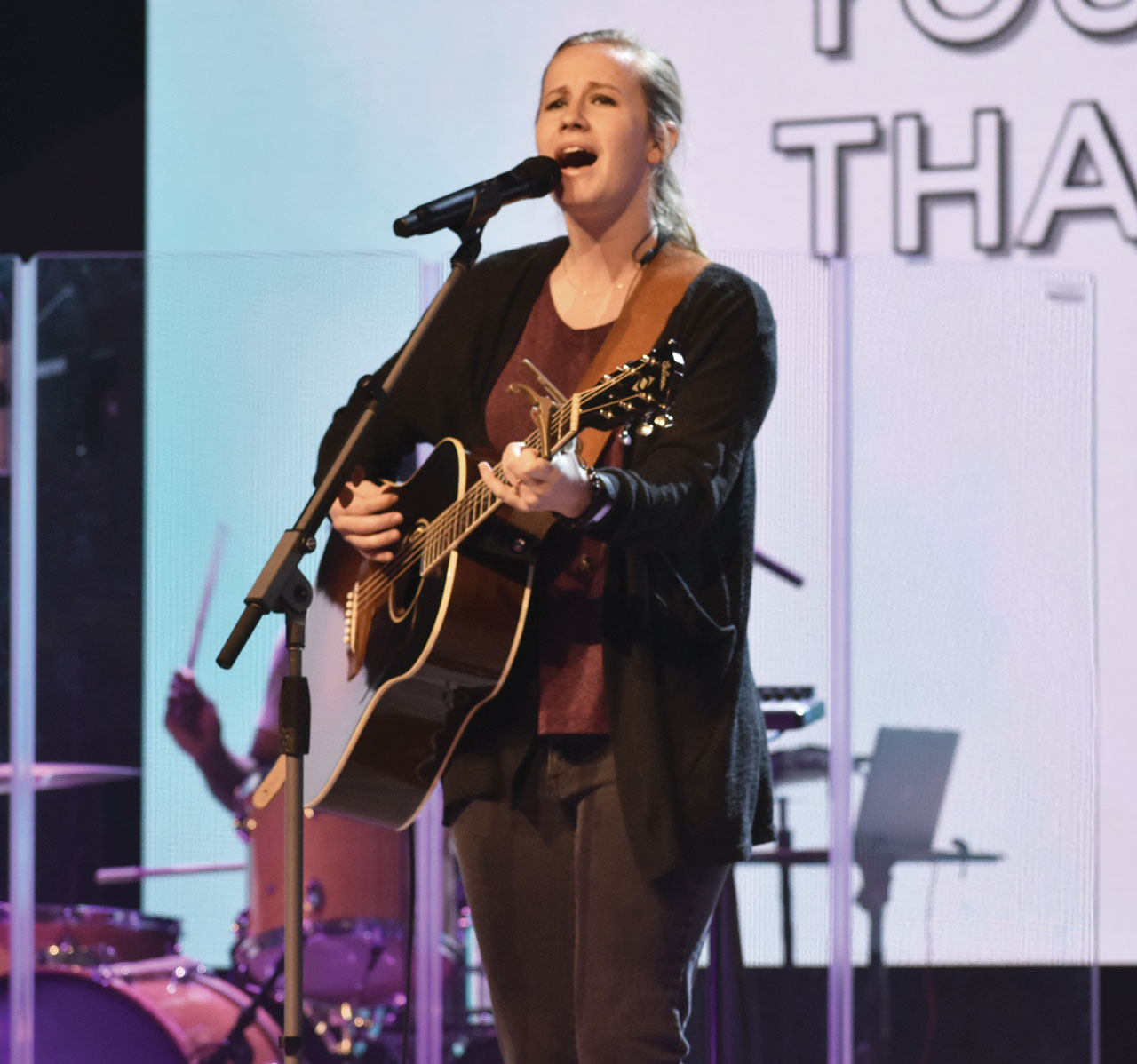 A unique prayer experience was created in the Wynn Mission Center to reflect that of a home. There, women were taught how to pray through their household.

The display featured a kitchen, living room, dining area, master bedroom and nursery with cards that encouraged women to pray scripture over their home and families.

“Each of the speakers were very different,” Cordova said, “yet each were able to present the Message in such a way that it all connected to our theme of ‘Home’.”

Katherine Wolf, one of the breakout leaders, shared about her own experience and struggles. On April 21, 2008, Wolf suffered a massive brain stem stroke. She was just 26-years old.

When Wolf woke from her coma, her right side was paralyzed, and she could not swallow, speak or walk. Initially, the day-to-day struggle for Wolf’s health consumed her and her husband, Jay. In time, it gave them an eternal perspective, which Jay describes as “a newfound freedom, knowing that God would give us life in ways we could never have asked for or imagined.”

Even though Wolf’s body would never heal completely, her spirit mended. She began seeing the miracles she had missed before: Jay unexpectedly came home and was able to call 911 on the day she had the stroke, and her surgeon decided to operate despite a poor prognosis. 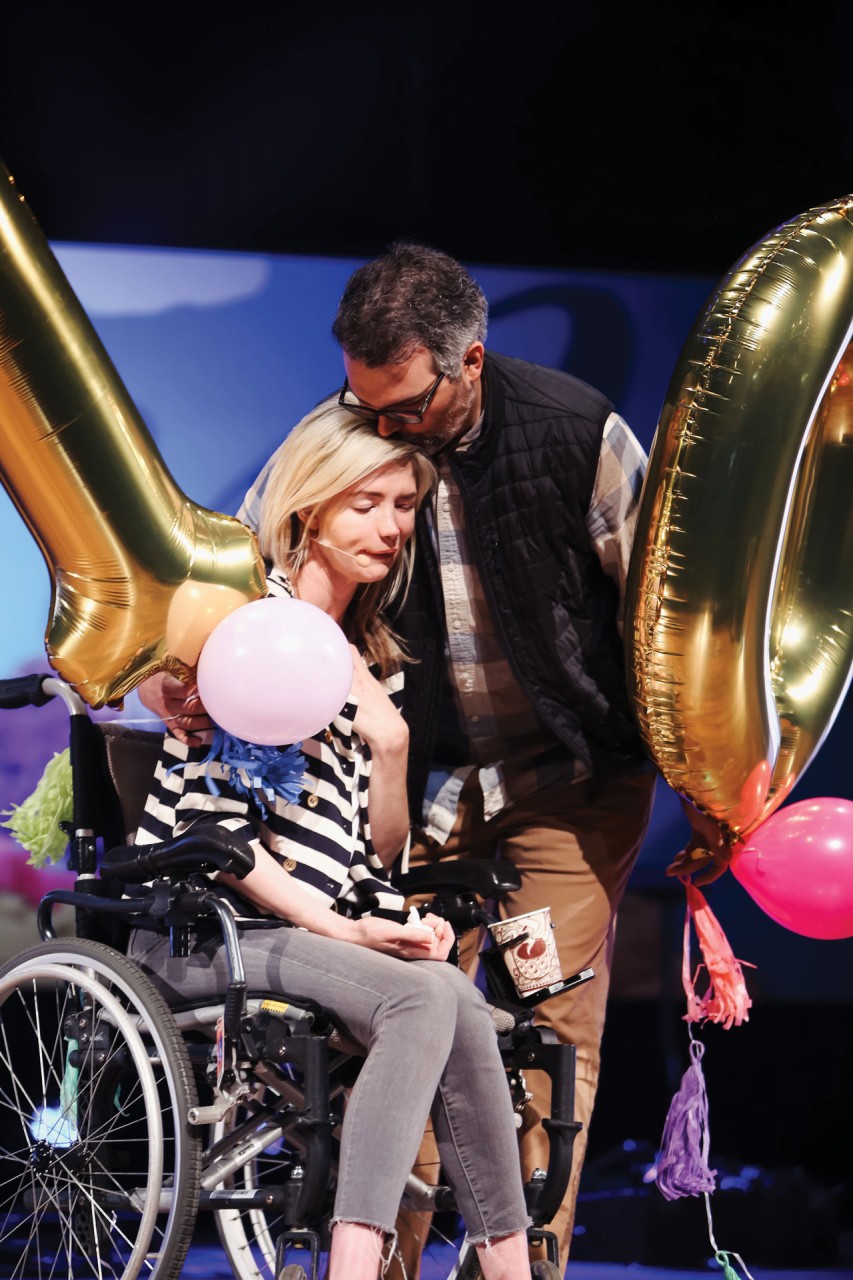 Jay Wolf surprises his wife Katherine with balloons on the 10-year anniversary of her brain stem stroke.
Photo: Ashley Campbell

The Wolfs use the symbol of an anchor to describe their renewed hope in God, a concept taken from Heb. 6:19 that says, “We have this hope as an anchor for our lives, safe and secure” (HCSB).

They have anchored their hope in eternal life, not in Wolf’s physical recovery, though she fights for improvement every day. On the 10th anniversary of her stroke, Wolf encouraged Women’s Retreat attendees by saying, “Let your pain be your platform. God has designed us for this! Let us not waste it, for the Lord has stewarded us for this!”

Ruth Chou Simons was another featured speaker at Women’s Retreat. Simons is an artist, entrepreneur and enjoys spending her time sharing how the Gospel intersects with her daily life. The mother of six young boys, she and her husband Troy lead “GraceLaced ministries.”

Simons spoke on the importance of focusing hearts and minds on things of eternal value.

“We think we need all these resources to be better, to fill our day with activities, to have the best, but we already have everything we need. His name is Jesus.”

Simons encouraged the women to “bloom where they are planted” and to spend time investing in their eternal happiness, rather than earthly happiness.

/// General sessions speak to the heart 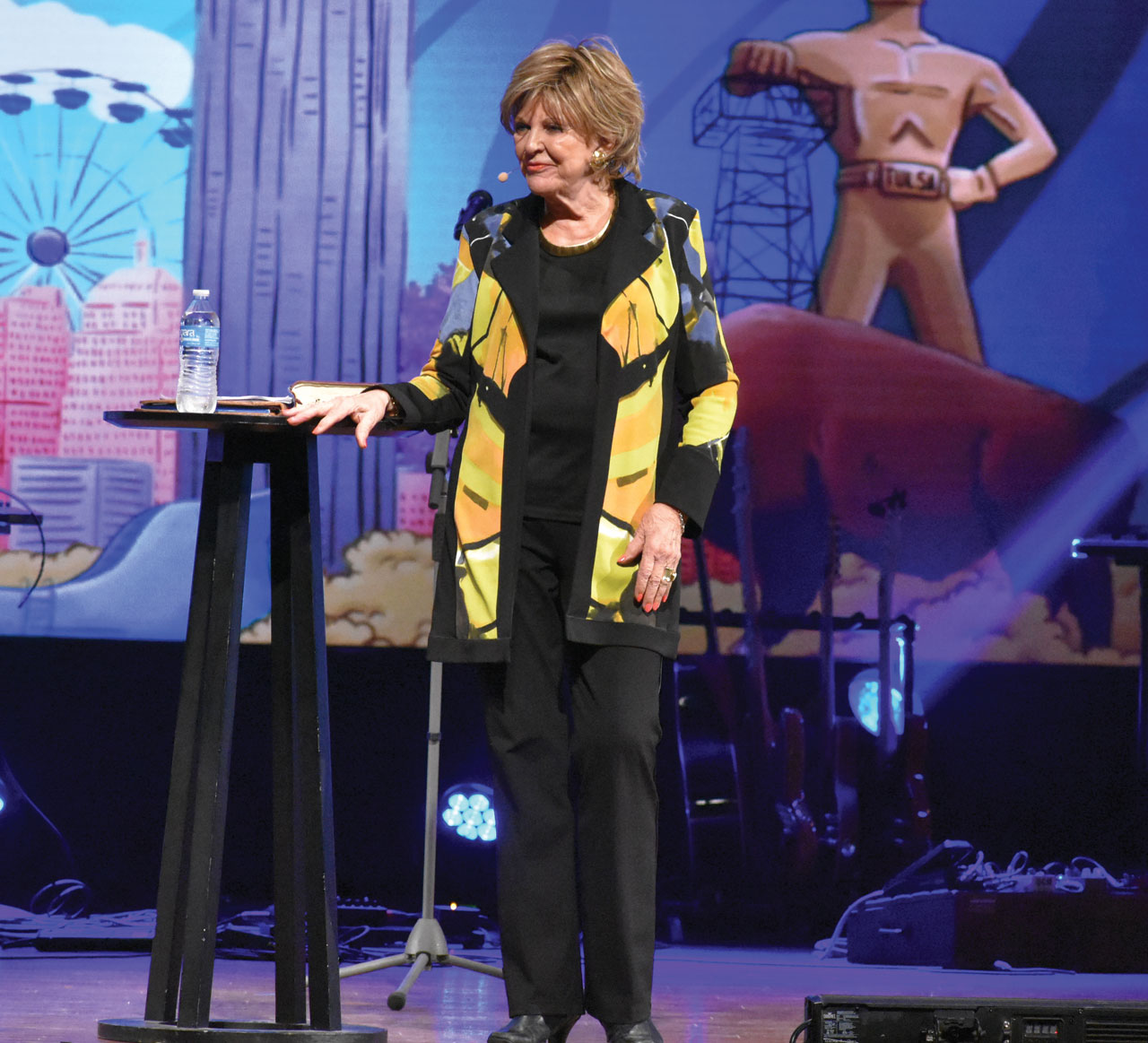 Kay Arthur challenged women to pray not only for their families but for their city and state as well.
Photo: Ashley Campbell

A Tennessee native, Arthur, 84, shared about her own struggles growing up as a divorced mother of two who was sick at heart and sick of the life of sin she had been living.

The popular Precepts for Life Ministry Bible teacher challenged those in attendance to reflect on their own prayer life and how they could be living to impact those around them.

Arthur encouraged women to not only pray for their state or city, but to begin reflecting on how a Godly woman should live and act.

She questioned, “What priority should the Word of God have in your house? How should a Godly woman walk and act?”

Additionally, Arthur challenged older generations to reach out to younger generations and lead their life as an example. She referenced Titus 3:4-5, “…so that they may encourage young women to love their husband and to love their children, to be sensible, pure, workers art home, kind, so that the Word of God would not be dishonored.” 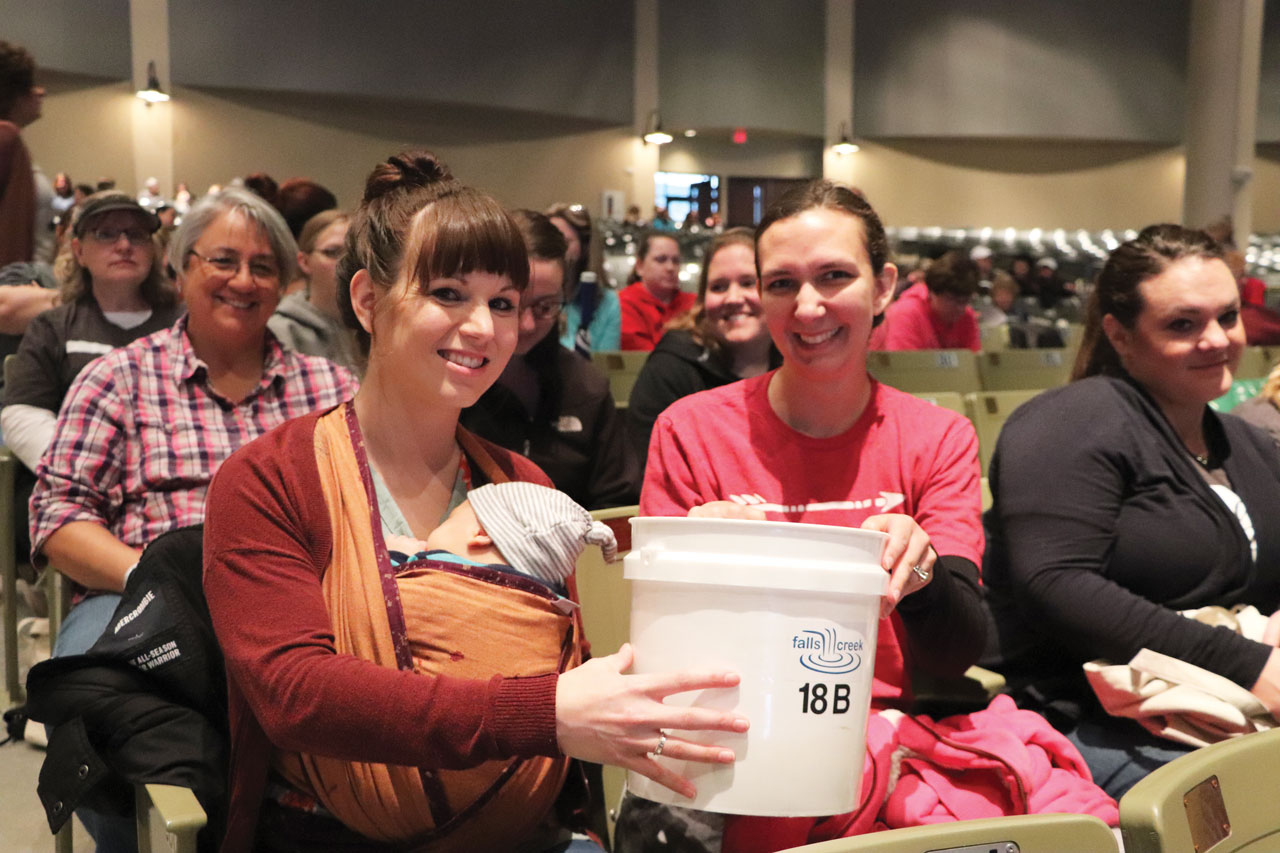 The offering taken on Saturday by women who attended the annual retreat totaled $39,722.40 for the Hope Pregnancy Center, a service provided by Oklahoma Baptist Homes for Children (OBHC).

Greg McNeece, OBHC president, and his wife, Karen, were in attendance to give the offertory prayer. 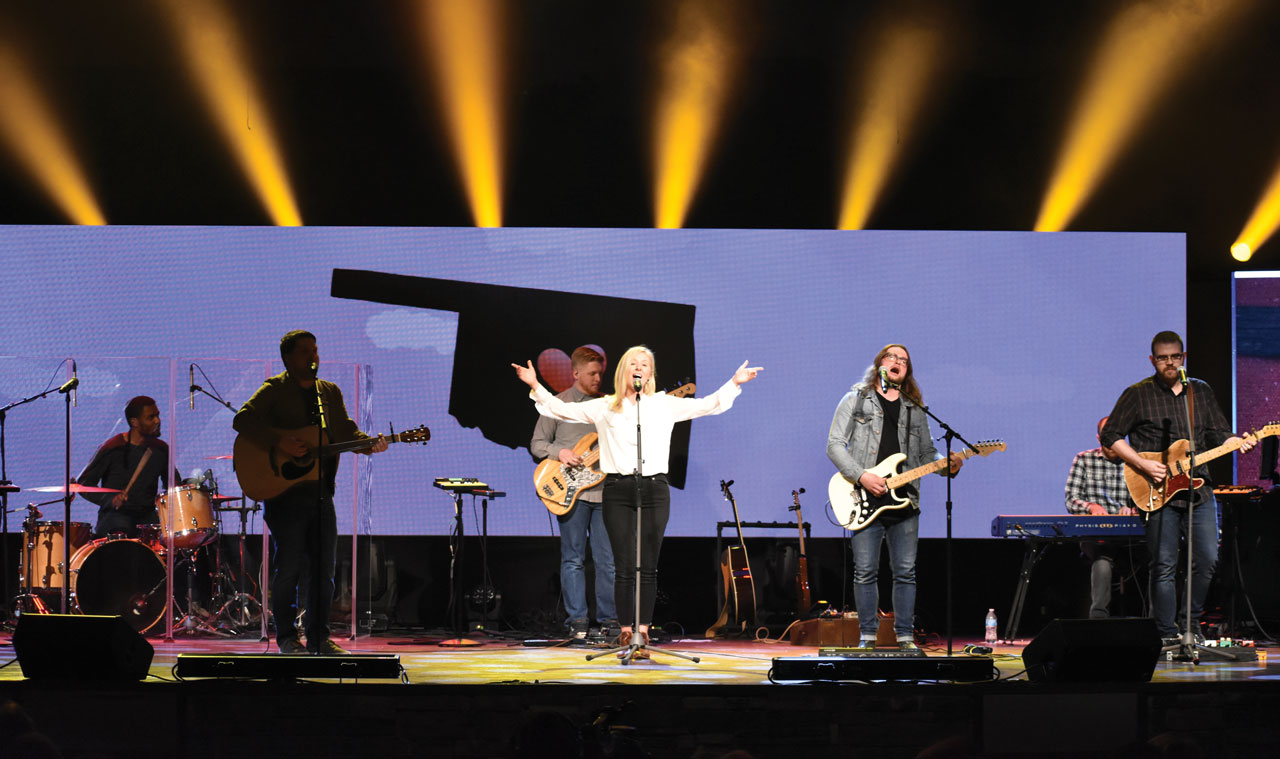 The Lord continued to work in the lives of women throughout the course of the weekend. Twenty-six women made decisions, including professions of faith in Christ and recommitments to walk with the Lord.

Cordova concluded Women’s Retreat weekend with a challenge. “No matter your season of life,” she said, “let the Gospel be made in your home, your community, and the city you live in. My greatest desire is our homes will be a light for the world to see Jesus and a launching pad for the Gospel to be made known.”

For more information, photos and coverage from the BGCO Women’s Retreat, visit www.bgcowomen.org or www.Facebook.com/bgcowomen.