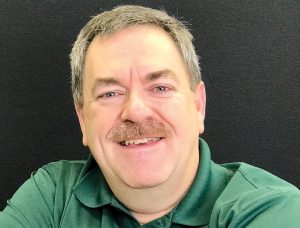 Gatton, who has been serving as Children’s Minister at Oklahoma City, Southern Hills, since 2013, will begin work at the BGCO on Jan. 25.

“We are thrilled to welcome someone of Charlie’s skill and experience to our team,” said James Swain, BGCO Equipping Team leader. “Specifically, he has a passion for the ministry of CrossTimbers that has been demonstrated in his service on the planning team of the summer Children’s Missions Adventure camp and his leading groups from his church in mission projects to improve the camp.  On broader scale, Charlie brings a variety of Children’s Ministry experience that enables him to be a great resource for the churches of our state.  He will join Mark Jones, our Children’s Ministry Consultant, to form a strong team that will strengthen the work of Children’s Ministry across our state for years to come.”

Swain said the CrossTimbers Program and Children’s Ministry Specialist has the primary responsibility of developing and implementing the program for Children’s Missions Adventure camps during the summer.

“The program director works with the CrossTimbers manager from the Conference Centers staff to insure that all aspects are integrated for maximum effectiveness.  Charlie will lead a planning team of Children’s Ministry leaders to develop the program for camp that has a strong missions emphasis. This role also works in the broader context of Children’s Ministry to seek to strengthen churches in their ministries to children,” Swain added.

Gatton, a U.S. Army veteran who is a Tennessee native, has served in children’s ministry as a staff member or volunteer throughout his adult life. He and his wife Ann have two daughters, Lara, who is a student at Oklahoma Baptist University, and Shelby, a student at Westmoore High School.