BGCO Board has first meeting in 2017 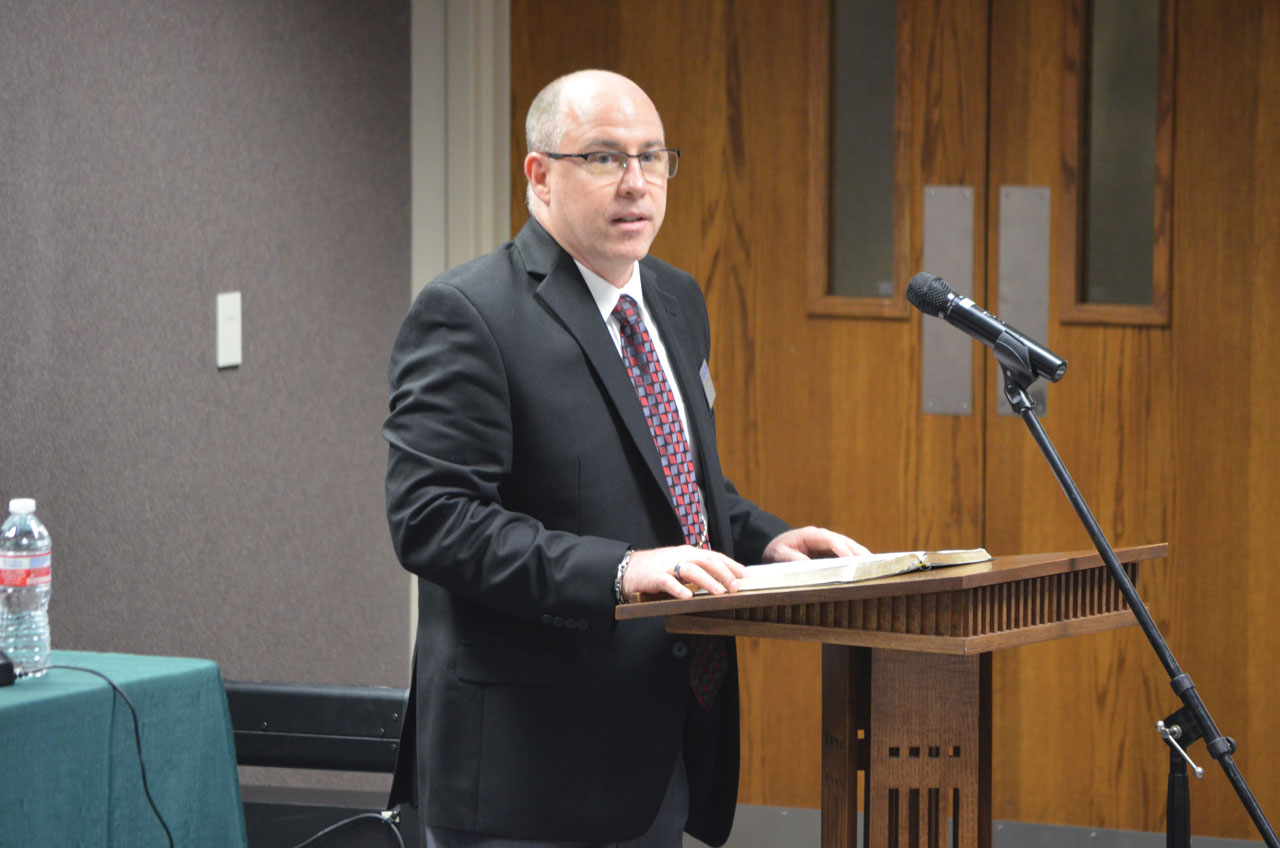 The Baptist General Convention of Oklahoma (BGCO) Board members met for the first time this year, Feb. 7, at the Baptist Building in Oklahoma City. Incoming BGCO President Joe Ligon, pastor of Marlow, First, presided over the plenary session that featured reports from BGCO affiliates, committee reports and 10 approved recommendations.

Anthony Jordan, BGCO executive director-treasurer, addressed the board, reflecting on 2016 and anticipating good 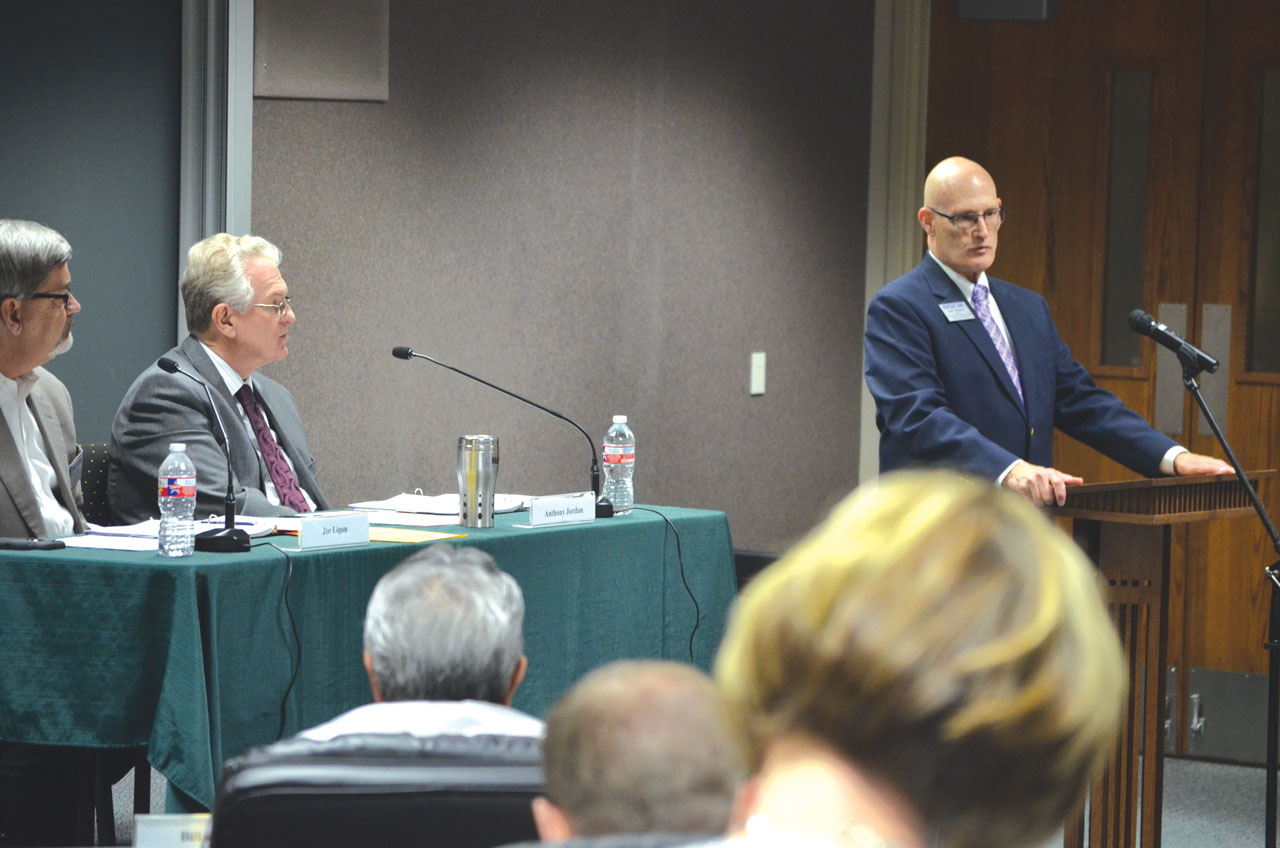 things to happen in 2017. He said last year “was marked by spiritual victory and continued generosity.”

He pointed out the emphasis of evangelism in churches through Sunday School and small groups that was promoted through the Connect>1 program. Jordan said he believes this emphasis was instrumental in Oklahoma Baptist churches experiencing an increase of 830 in the number of baptisms by last year. “That is remarkable in these days,” he said, pointing out the baptism increase went against the trend in Southern Baptist life.

The Edna McMillan State Mission Offering (SMO) was another topic Jordan addressed, saying last year’s SMO came within $27,000 of its goal, and the SMO will continue to be “focused on impacting lostness here in Oklahoma,” through supporting church planting, special evangelism projects, hunger relief, Disaster Relief and the Robert Haskins School of Christian Ministry. The board approved the recommendation for the 2018 SMO goal of $1,100,000.

Jordan also is encouraged with the start of 2017, seeing great results from the Youth Evangelism Conference (YEC) last month. Young people were trained during a weekend at Falls Creek Baptist Conference Center to share the Gospel and challenged to present the Good News to someone within 48 hours of the conclusion of YEC.

“We have been getting amazing reports from young people who went back and shared the Gospel and saw people come to Christ, and many were born in the Kingdom of God,” Jordan said. “I believe God is at work in Oklahoma Baptist life. That’s a great beginning to 2017.”

Last year’s budget also was discussed, as Jordan said the BGCO leadership team met prior to the Sept. 2015 Board meeting and concluded the 2016 financial plan was “too aggressive.”

“In a gut-wrenching day of excruciating pain, our leadership team cut $1 million from the proposed (2016) convention budget,” Jordan said.

Because of the major financial cut, the 2016 BGCO budget experienced an overage that, had the cut not occurred, 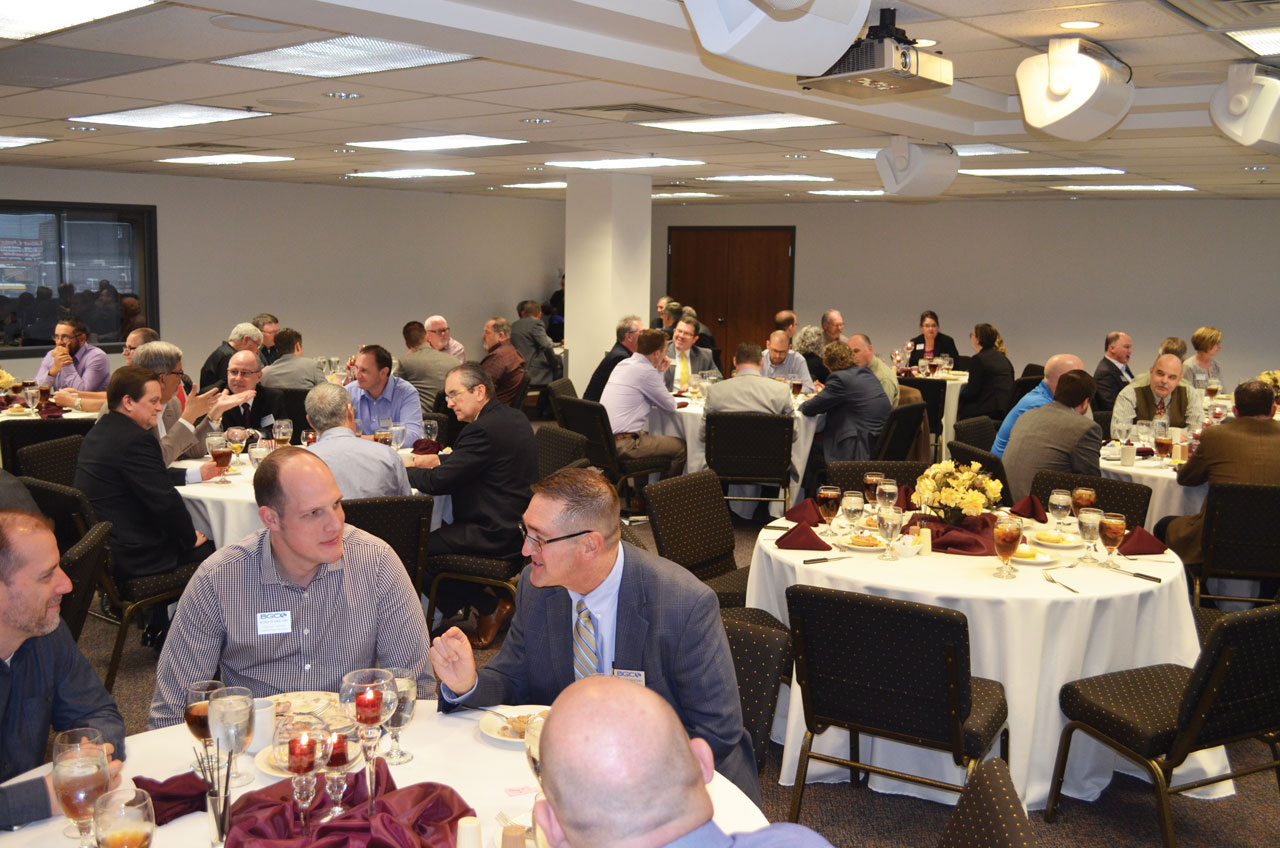 Board members fellowship during lunch.

The Board approved the distribution of the $838,450 overage from the 2016 Cooperative Program budget. Fifty percent of the overage ($419,225) will be sent to the Southern Baptist Convention, while the remaining half will be distributed through BGCO and affiliated ministries.

In other business, the Board:

• Approved electing Rodney Briggs, a member of McAlester, First, to complete the one-year unexpired term of Tim Russell on the BGCO Board of Directors. Russell was relieved of his duties when he became director of missions in Grady Association.

• Approved the Falls Creek Centennial Plaza cost be increased by up to $500,000 to replace the HVAC in the Scantlan Building, where the former cafeteria was located.

The next BGCO Board Meeting will be May 16 at the Baptist Building.