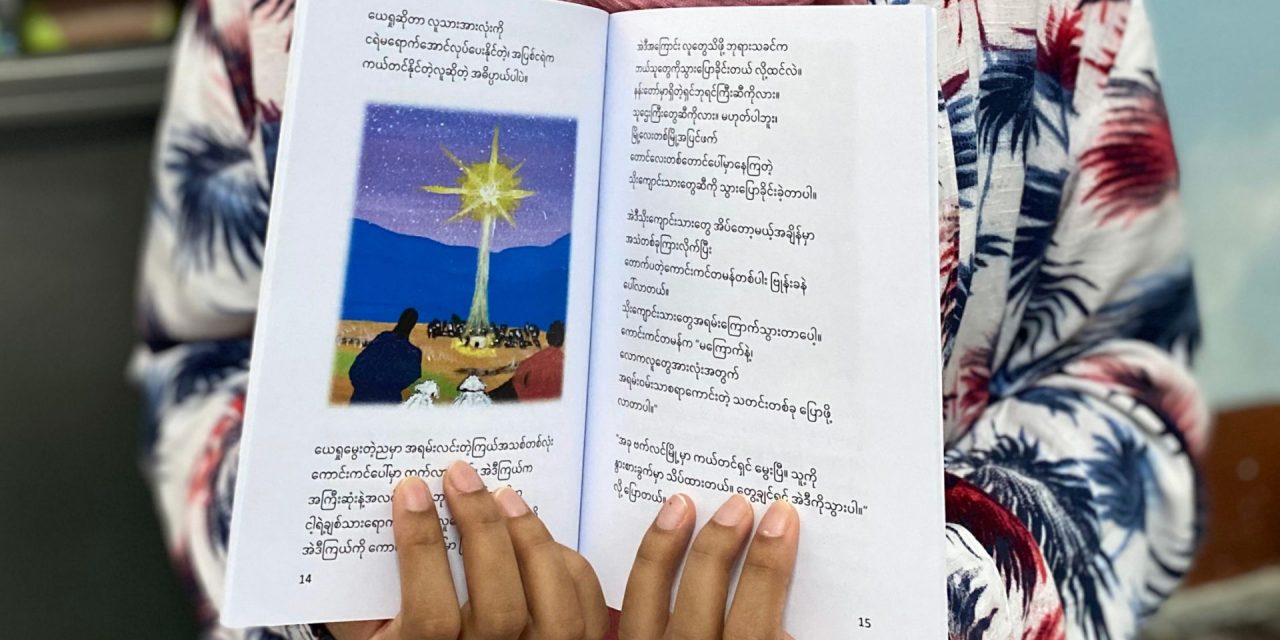 This Christmas season, believers from Southeast Asia and the United States are partnering to share the Gospel with thousands of people in Thailand through the simple gift of a handmade stocking stuffed with a Bible story booklet. 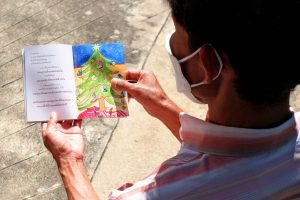 A man looks over a gospel booklet given to him as part of a Christmas outreach in Bangkok, Thailand. IMB Photo

More than 2,000 stockings were made by believers at various Southern Baptist churches in the United States and sent to local churches in Bangkok, Thailand. Some congregations are Thai, while others are made up of minority people groups from other Southeast Asian countries.

All the believers were trained this year by International Mission Board (IMB) workers on how to use the stockings as a bridge to gospel conversation.

“Everyone is encouraged to think of someone, friend, family or neighbor, who isn’t a believer, and then write their name down, take a stocking, and commit to sharing the truth of the Christmas message with at least that person,” said Stan Favaro*, an IMB worker who helped plan the outreach.

He said that normally, the believers he worked with preferred to have big outreach events at churches where pastors could share. COVID-19 prevented that this year, but it’s provided a great opportunity to help believers focus on having individual gospel conversations themselves instead.

Oliver Wilson*, another IMB worker helping with the outreach, said when people hear someone in the United States took time to make a stocking just for them, it can open doors in wonderful and surprising ways.

“(The stocking) gives us more opportunities to talk to people because it is a gift. Everyone likes it. When you give it, some people open their hearts more to talk and listen to some of what the gospel is about,” said Khun Somchai*, a Thai believer whose parents both came to faith after receiving stockings.

A unique element to this year’s outreach is that the gospel booklets included in the stockings were illustrated by Maiah Anwar*, a Muslim refugee and artist. She is bringing the Christmas story to life for thousands and in the process learning the gospel herself.

It’s something only the Lord could have orchestrated, said Favaro* and his wife, Carol*.

Carol met Anwar as she served alongside a local church delivering food to Anwar’s family and other refugees in Bangkok. As she got to know Anwar, she realized Anwar’s artistic talent.

Thanks to generosity from their sending church, they were able to pay her to illustrate the gospel story and print the needed booklets. Finding work as a refugee is challenging, and this gave her a way to provide for her family.

She did research for the project, and Stan said it was clear from her artwork that she was really beginning to understand the gospel herself. Now her illustrations will help thousands across Thailand understand it as well.

Stan and Carol are only in Bangkok temporarily due to COVID border closures and said they never imagined all the Lord could do in this transitional season.

“It’s really been a gift from the Lord,” said Carol.

Wilson said the collaboration involved in the outreach showed that every believer has a role to play in taking the gospel to the unreached.

“Every person from kid to adult can be part of getting the gospel to those who have never heard it at Christmas,” he said.

If you or your church is interested in being part of the stocking outreach next year, email Connect2APAC@imb.org.