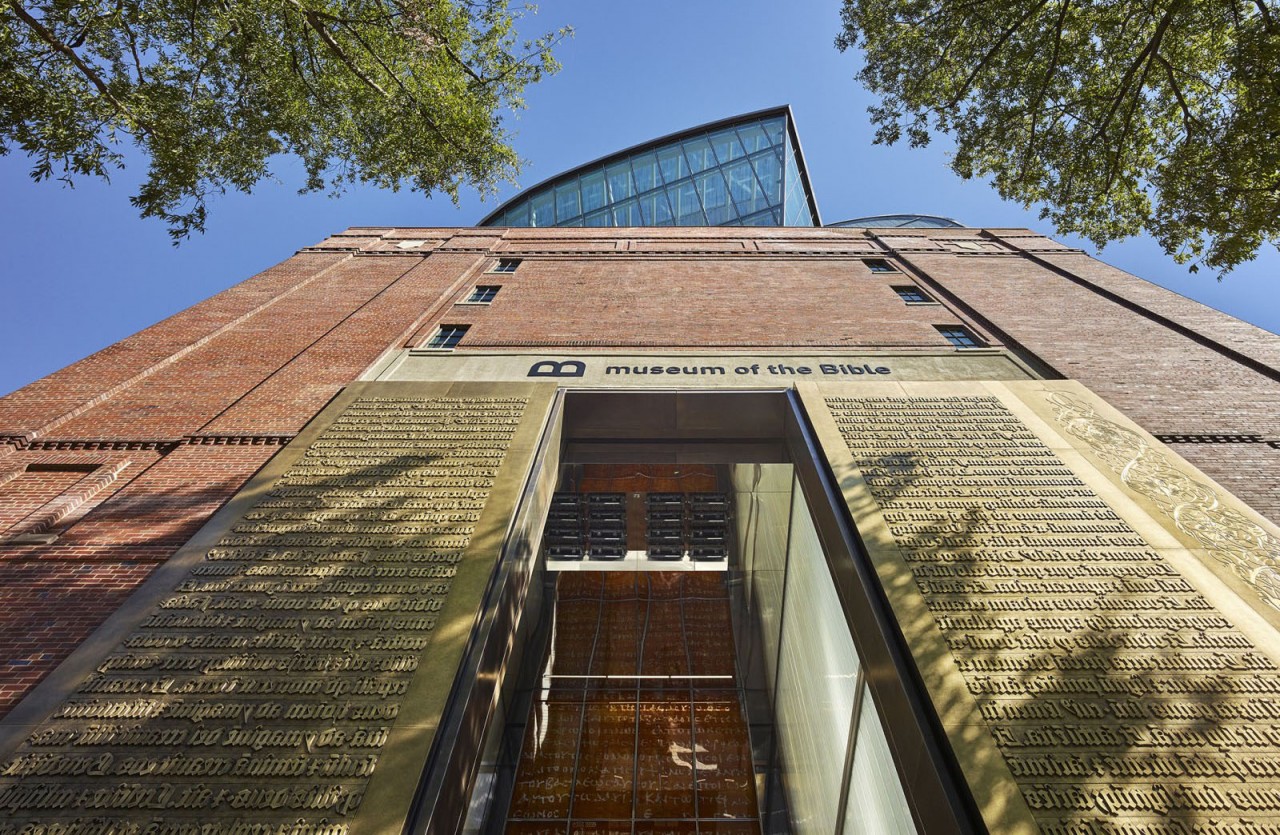 WASHINGTON (BP)—A historian, an ethicist and a pastor—all Baptists—displayed a difference of opinion on the usefulness of the word “evangelical” and the state of evangelicalism in an Oct. 29 conversation at the Museum of the Bible. 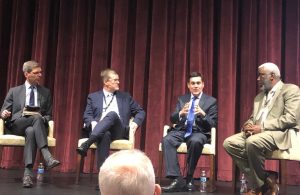 Thomas Kidd, history professor at Baylor University and prolific author, discussed the crisis in evangelical Christianity with Russell Moore, president of the Southern Baptist Ethics & Religious Liberty Commission, and Thabiti Anyabwile, pastor of Washington, D.C., Anacostia River. Kidd interacted with Moore and Anyabwile regarding his new book, “Who Is an Evangelical?: The History of a Movement in Crisis.”

In his keynote address, Kidd said he remains optimistic about evangelicalism despite its politicization, especially in recent years. He cited as an example the 2016 poll results that showed 81 percent of self-identified evangelicals voted for Donald Trump.

“(A)t root, being an evangelical entails certain beliefs, practices and spiritual experiences,” he said. “So partisan commitments have come and gone, and sometimes it’s true evangelicals have made terrible political mistakes. But conversion, devotion to an infallible Bible and God’s discernible presence—those are the characteristics that make an evangelical an evangelical.”

Non-evangelical Americans, however, may have a variety of impressions about what “evangelical” means, Kidd said, “but one certain association that people make with the word is ‘Republican.’ And the term ‘evangelical’ has become fundamentally political in popular parlance today.”

Another likely association non-evangelicals make with the word is “white,” he said, adding pollsters assume evangelicals are white.

In his response to Kidd, Moore said he is not ready to surrender the word “evangelical.”

Anyabwile said he does not share the optimism of Kidd and Moore regarding evangelicalism.

He doesn’t think the “partisan and ethnic definition of evangelicals” is peculiar, he said. “I actually think that is the DNA” of evangelicalism.

“Evangelicalism as a movement has generally and consistently taken what I would refer to as anti-black positions on social and political questions,” Anyabwile told the audience. “Historically, the movement has been generally pro-slavery, pro-segregation—much of the movement, anti-affirmative action and anti-immigrant. (T)he common denominator has often been the disadvantaging of black and brown people.

“Until we get there, I’m not certain evangelical is a term worth fighting for and a label worth wearing. I think we actually have to become God’s people in a unified way, and then figure out how to label that.”

The current crisis in evangelicalism, Kidd said, consists of multiple overlapping aspects, including:

Moore said many people who do not attend or belong to a church “will nonetheless define themselves as rigorously evangelical because of the memes they are sharing” on social media. Evangelicals will have to deal with “the decongregationalizing of the movement itself,” he said.

In his talk, Kidd defined evangelicals as “born-again Protestants who cherish the Bible as the Word of God and who emphasize a personal relationship with Jesus Christ through the Holy Spirit.”

Anyabwile told of convening a meeting of fellow black, Reformed pastors at which 60 to 70 percent of them said they no longer want to be identified as evangelical.

“I don’t think there are a lot of people who theologically are in fact evangelicals who are actually comfortable and actually embraced by the term,” he said. “That’s a problem. Ethnic minorities are only able to comfortably exist in evangelicalism to the extent that they don’t ‘get too political.'”

Kidd—who reviewed the history of evangelical Christians in America from the Great Awakening of the 1740s—said the crisis in evangelicalism became increasingly conspicuous after World War II, “grew even more acute during the Moral Majority era of the 1980s, and then it broke wide open with the 2016 election of Donald Trump.”

While Hillary Clinton “hardly seemed like an acceptable alternative” to Trump, the white evangelical vote for him “was a grievous disappointment to many traditional Christians, especially certain women and people of color,” who were offended by his actions regarding females and minorities, Kidd said.

The Institute for Studies of Religion at Baylor University co-sponsored the event with the Museum of the Bible. Jeffrey Kloha, the museum’s chief curatorial officer, moderated the panel discussion.