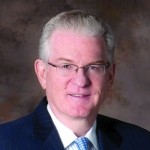 “While it is disappointing that the Supreme Court’s decision regarding the Defense of Marriage Act fails to protect the institution nationwide, we take heart knowing that no government body can redefine what God Himself created in marriage as one man and one woman. Time will tell what net effect this will have on Oklahoma and the culture, yet God’s people will stand firm in the days ahead grounded in the truth of the Scriptures.”

WASHINGTON (BP) — Follow this timeline on developments in the gay marriage controversy, from the signing of the Defense of Marriage Act in 1996 to the historic decisions by the Supreme Court on gay marriage.

May 2013 –- In a quick succession of votes, legislatures in Rhode Island, Delaware and Minnesota pass gay marriage bills which are signed by their respective governors, bringing to 12 the number of states to redefine marriage.

November 2012 –- Gay marriage supporters record a historic victory on election night when voters in three states –- Maine, Maryland and Washington –- approve the legalization of gay marriage. It is the first time that voters in any state OK the redefinition of marriage.

May 2012 –- President Obama becomes the first sitting president publicly to support gay marriage, sparking a tidal wave of Democrats in the House and Senate to follow his lead over the next year.

May 2012 –- North Carolina voters approve a constitutional amendment defining marriage as between a man and a woman. It is the 30th state to pass such an amendment.

February 2011 — President Obama orders the Justice Department to stop defending the Defense of Marriage Act in court. By year’s end, the department switches from neutral position to actively working to have DOMA overturned.

November 2009 –- Maine voters, by 53-47 percent margin, overturn a gay marriage law that had been signed by the governor in May 2009. Three years later, Maine voters change their minds (see November 2012).

April 2009 –- Vermont legislature overrides governor’s veto, making it the fourth state to legalize gay marriage –- and the first to do so through the legislative process.

April 2009 –- Iowa Supreme Court orders gay marriage legalized. Iowa becomes the first state outside the Northeast, as well as the first in the heartland, with such a law.

November 2008 –- California voters approve Proposition 8, a constitutional amendment defining marriage as between one man and one woman. It passes by 52-48 percent margin and reverses state Supreme Court ruling that had legalized gay marriage.

Fall 2008 –- Democratic presidential nominee Barack Obama says he believes marriage is a “union between a man and a woman.” At the same time, he says he opposes the Defense of Marriage Act and California Proposition 8. Critics call his position contradictory.

September 2007 — Maryland’s highest court, in 4-3 decision, refuses to legalize gay marriage, saying the state has a “legitimate governmental interest” in “fostering procreation” by limiting marriage to one man and one woman.

November 2006 — Seven states, including left-leaning Wisconsin, pass constitutional amendments defining marriage as between one man, one woman, bringing to 27 the number of states with such an amendment.

July 2006 — New York state’s highest court, in 4-2 decision, refuses to legalize gay marriage, saying that “intuition and experience suggest that a child benefits from having before his or her eyes, every day, living models of what both a man and a woman are like.”

November 2004 — Voters in eleven states on Election Day pass constitutional amendments defining marriage as between one man and one woman. Left-leaning states Michigan and Oregon are among the group.

February 2004 — President Bush publicly embraces a federal marriage amendment defining marriage as between a man and a woman, saying, “The amendment process has addressed many serious matters of national concern. And the preservation of marriage rises to this level of national importance.” The amendment fails to get the required two-thirds support in the House and Senate for it to be sent to the states.

November 2003 — Massachusetts’ high court, in 4-3 decision, rules that the state’s traditional marriage laws violate the state’s constitution and that gay marriage must be legalized. Court stays its opinion 180 days.

September 1996 – President Clinton signs the Defense of Marriage Act, which defines in federal law marriage as between a man and a woman. It also gives states the option of not recognizing gay marriage from other states. The law had passed when Hawaii’s Supreme Court appeared on the verge of legalizing gay marriage.