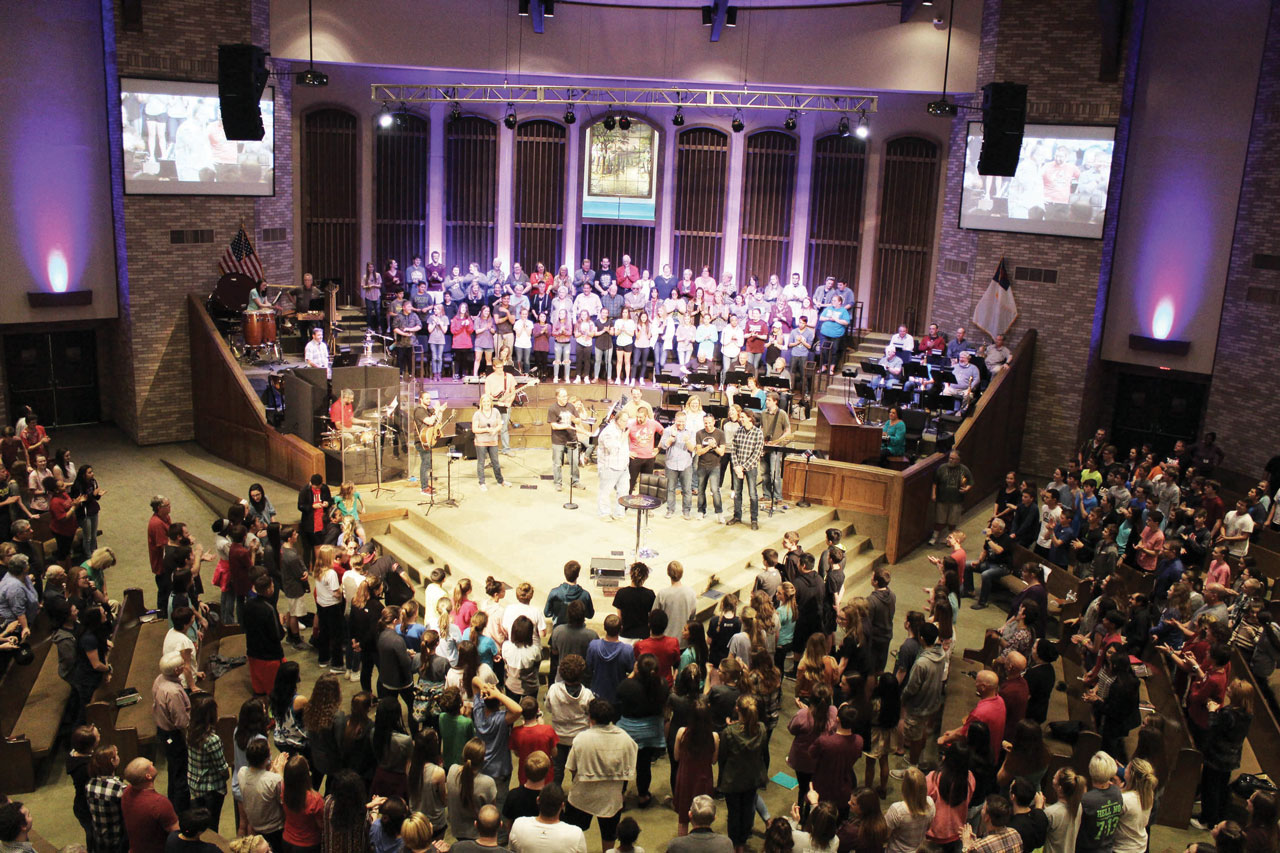 ADA—If God were to begin a spiritual awakening in the “Bible Belt,” He might just choose a place like Ada to do it. That is what Brad Graves, pastor of Ada, First, believed.

Through a multi-day event in February called “Awaken Ada,” the church saw approximately 200 spiritual decisions and has recorded more than 65 baptisms.

“Many describe what happened in Ada, Okla. last week as unbelievable, overwhelming, anointed; and most said it was simply indescribable,” said Graves who mentioned there were a few “only God” attributions leading up to Awaken Ada.

To prepare for the event, which would be headlined by revival evangelist Ken Freeman, members of Ada, First “cleansed the Temple” with 300 people reading aloud the entire Bible, cover to cover, in the sanctuary.

Following this, approximately 100 members fasted for 21 days, calling on the Lord to send awakening and revival in Ada. Hearts were set as Freeman arrived on a Wednesday, and a 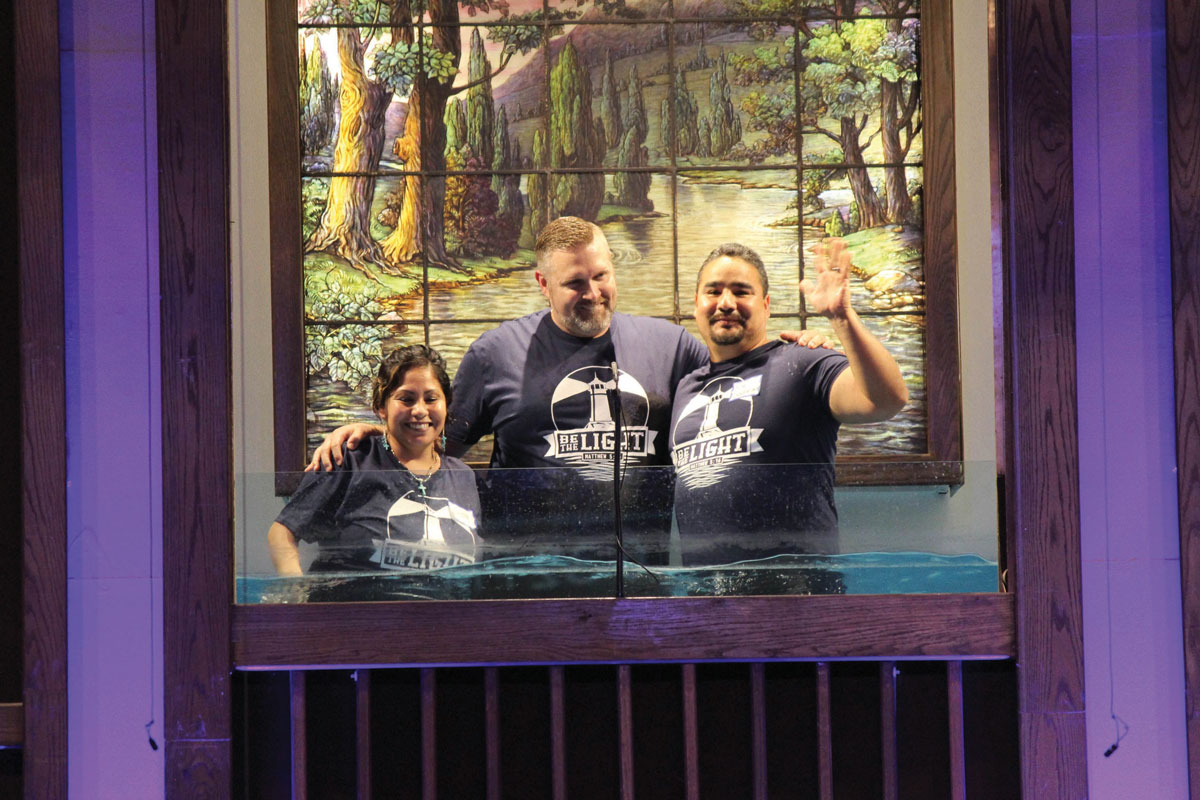 68 people have been baptized in the last 8 days, with more to follow

“With one of the largest crowds hosted on a Wednesday Night Youth Service this school year, Ken spoke to a packed room of students, and the first 18 decisions for Christ were made,” according to Graves.

On Friday evening, more than 100 students and adults traveled to the Ada Lodge at Falls Creek for a weekend Winter Camp. During worship services, 13 more decisions for Christ happened.

Then, at a Saturday night Communion Service, which lasted for hours, students worshipped the Lord with great intensity. This sparked a number of student-led prayer groups at schools, the following week.

According to Graves, the community participated in the awakening. “One local high school even added the Wednesday night service in its daily announcements. Posters and invite cards were distributed around our area by the hundreds, and countless people gave rides, picked up people and walked,” he said.

All of these events led up to the Sunday morning worship service, which kicked off the five-service revival week. That morning, the church baptized 19 students. 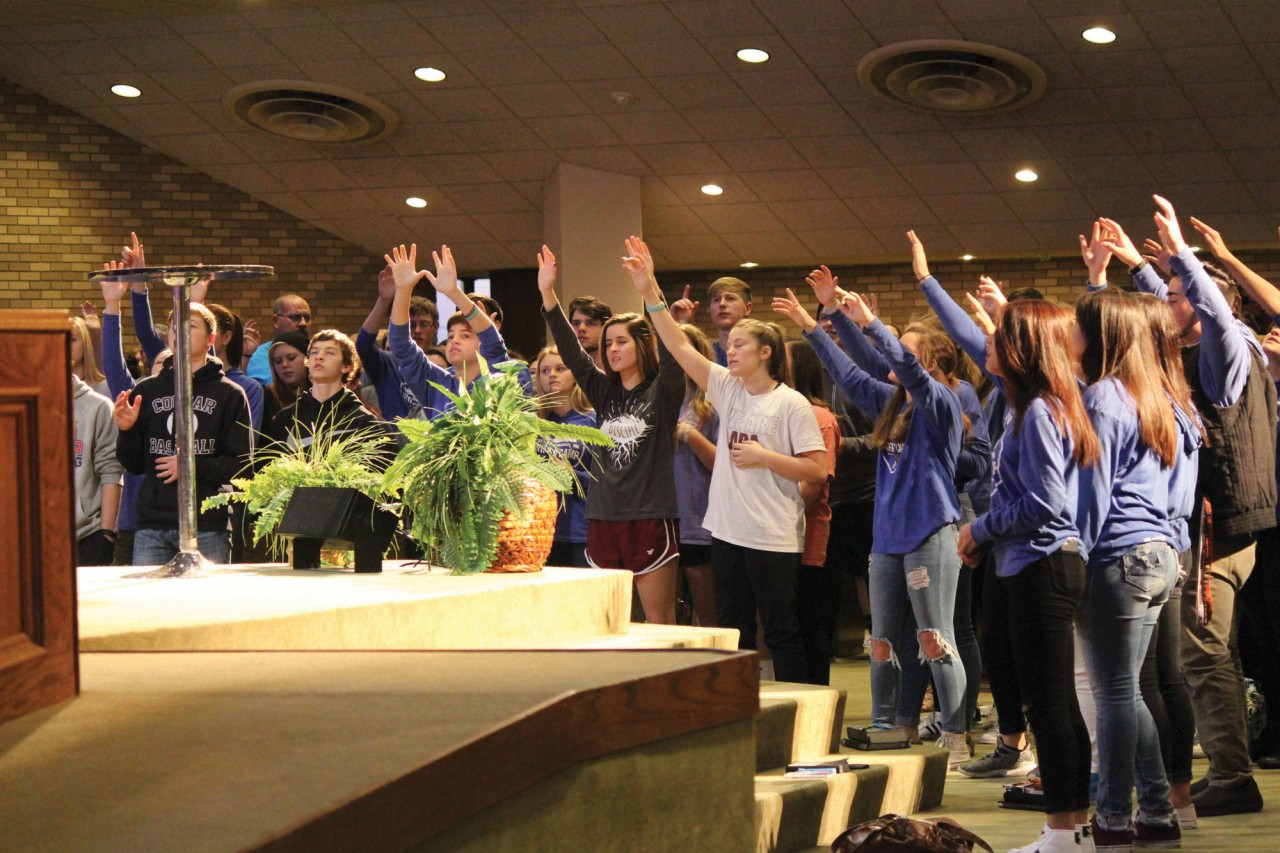 Hundreds of students from Ada area gather in worship

From Sunday through Wednesday, Graves and the congregation saw the crowd sizes only grow. During the times of response, the altar was full of people.

“On Wednesday we had other churches join for worship, and with a crowd of between 1,500 and 2,000 people, we believe it to be the largest crowd our sanctuary has held,” said Graves. “We had the balcony full, choir loft full, students and adults crammed into pews, and many students sitting on the floor. We also had a nursery and elementary kids service for 4th grade and below in the gym. With the size of our town it is easy to celebrate that close to 10 percent of our population came to our service that night.”

“I was overwhelmed with emotion, because we had been praying for a moment like this for years,” said one church member.

Each evening, dozens of people came to faith in Christ. At the time publication, Ada, First had recorded 199 decisions for Christ, with 68 baptisms and more baptisms scheduled. These people came from all walks of life, from teens to married couples.

“I have been in a lot of revivals and crusades, even Billy Graham and Luis Palau, but Wednesday night was the most historic and anointed service that I may have ever been a part of,” he said. 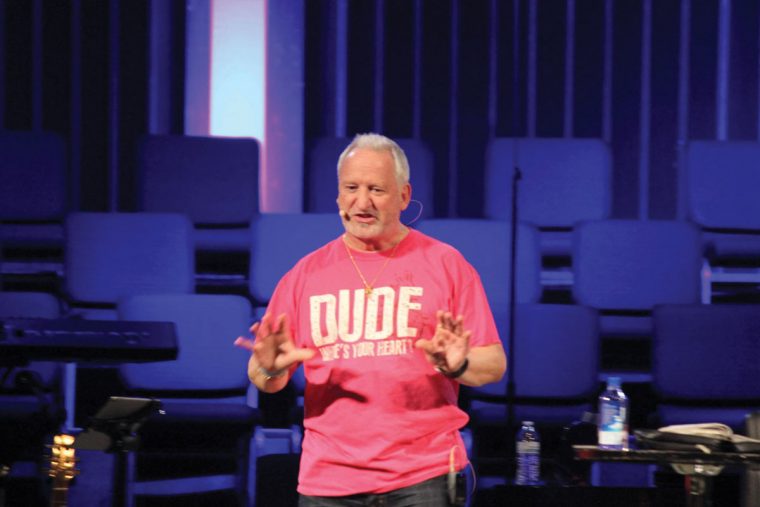 Evangelist, Ken Freeman, has preached across the nation for over 30 years

but because I saw the intensity and passion of the students in their worship. I have never seen that many students that sincere and intense on just worshipping God, and with God’s

promise to inhabit the praises of His people, He did not disappoint,” added Graves, who believes the prayer and fasting was a key to focusing the church on God.”

Graves’ prayer is that this outpouring of blessing from God changes the spiritual landscape in Ada. With God’s help, an awakening like what was seen in Ada also can spread to other parts of Oklahoma and the nation.