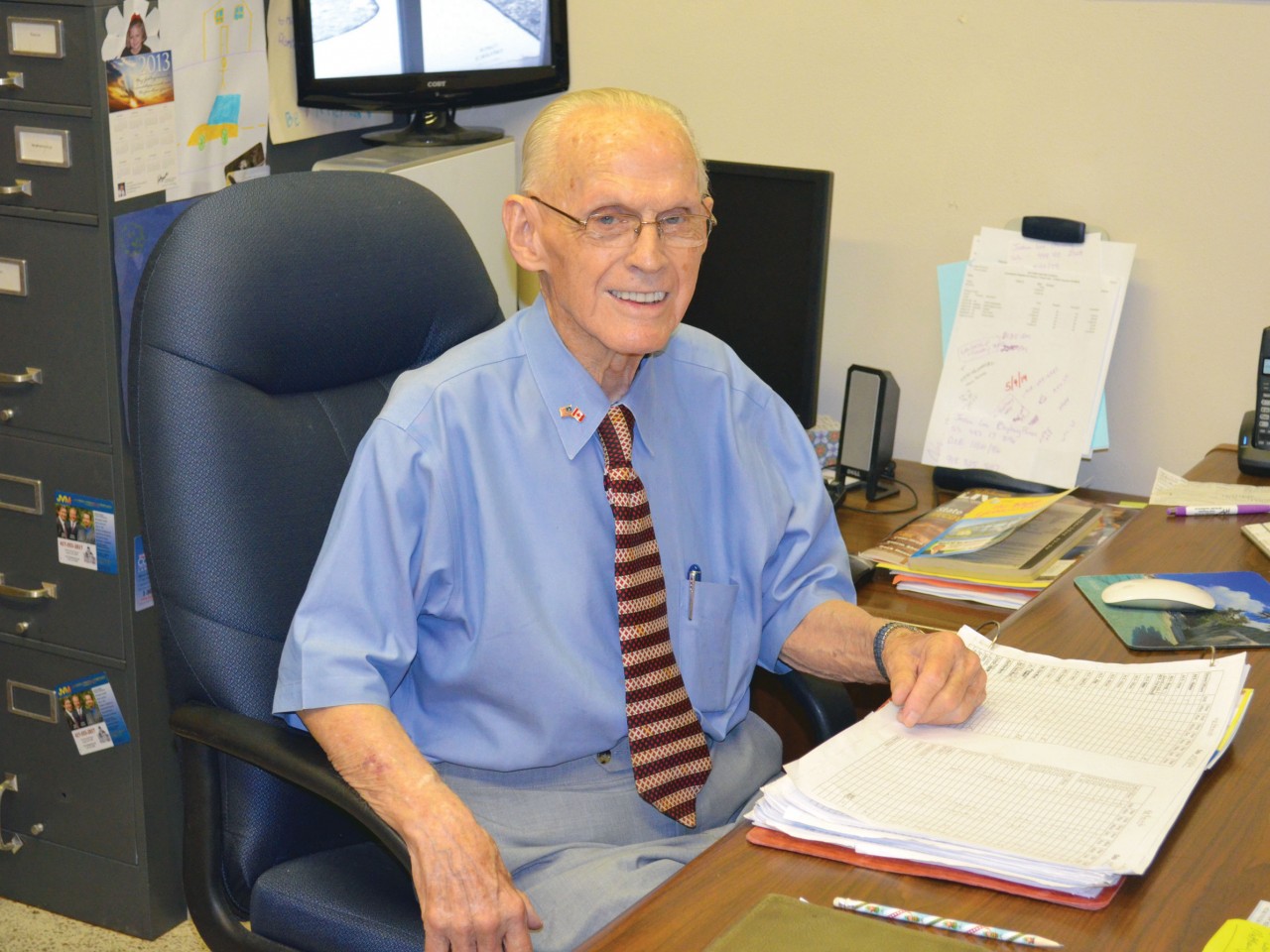 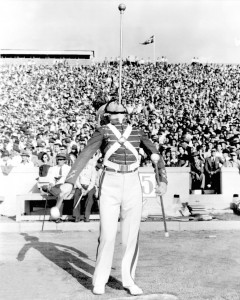 While attending the University of Oklahoma in the 1940s, Ed Walker was a drum major who excelled in balancing a baton on his chin while twirling two others.

MIAMI—Oklahoma Baptists are currently involved in the ReConnect Sunday School emphasis. This would not literally apply to Ed Walker, though, because for more than 60 years he has been “connecting” people to Sunday School, and he has not stopped.

On July 19, Walker will be 91, and he could be considered the oldest, active Sunday School director, serving at Miami, First. He claimed his title in 1954, when he approached Pastor Weldon Marcum about how to enlarge the Sunday School program. Considering the time, the growth strategy was revolutionary. Sunday School at Miami, First got bigger by starting more small groups.

Every Sunday morning, Walker arrives at church at 8:45. He goes through class records and materials, making sure everything is organized before Sunday School leaders arrive. He said he makes it a point to greet everybody and wants them to feel important. He also will visit each department that morning and show his support for every leader.

Rick Longcrier has been pastor at Miami, First for nine years and said Walker has been an encouragement to him.

“Even before I got here, I knew how faithful Ed was,” said Longcrier. “Sunday School is his passion. He would do anything he could do to help. He encourages me every time I see him. He is always positive, always giving and always faithful. He has given his life to this church.”

Though there have been many transitions and different approaches to small group ministry, the changes have not discouraged Walker from being involved in Sunday School. Longcrier said he welcomes such modifications.

“The reason he has lasted this long is he’s been willing to adapt to change,” said Longcrier. “He hasn’t been one to say, ‘Back in 1972, we had success doing it this way.’ I wish we could still have that same success, but we’ve had to revamp Sunday School and have classes that met certain needs of people. He has been very accommodating with change. In fact, he has embraced it.”

To understand Walker’s perspective on church life would involve knowing how innovative he has been throughout his life. This simple article would not do justice to describing all of his achievements, but here is a synopsis. 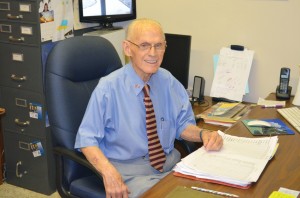 Every Sunday morning, Ed Walker will be at Miami, First getting ready for Sunday School to start.

After receiving his pharmacy degree at the University of Oklahoma in 1944, Walker began his professional life as a pharmacist in Miami. He was an entrepreneur who founded or acquired many businesses in pharmacy, finance, healthcare and real estate. He made a deal with Sam Walton in the 1960s before Wal-Mart became a national franchise to add pharmacies and jewelry departments in all of Walton’s stores.

He was appointed by President Lyndon Johnson to the first Federal Medical Assistance Advisory Counsel, which established what is known today as Medicaid. He has been a consultant to the Social Security Administration, U.S. Senate Finance and House Ways & Means Committees, related to Medicare and Medicaid Pharmaceutical Legislation and Regulations, as well as principles of reimbursement for long-term care facilities.

As a consultant to Johnson’s administration, Walker led the charge to see improvements made to nursing home facilities with licensed administrators and staff. He was president of American Nursing Home Association from 1967-96, known today as American Health Care Association.

In Southern Baptist life, he has served as a trustee at Oklahoma Baptist University, Southern Seminary, and for more than 17 years on the board of Baptist Village Communities. His list of accomplishments could go on and on, including appointments by Oklahoma Governors David Hall and David Boren on various state committees.

Walker contributes his successes to his “co-leadership and support” of his wife of 69 years, Charlene, who passed away in 2013, and his son David. But mostly, Walker gives thanks to “God’s extreme leadership and blessings” on his many ventures.

Through all of his business endeavors, Walker always made it a point to evaluate how much time he was spending on his work. He said whenever it appeared he was giving too much time to his businesses, he would cut back and offer businesses to other capable people. He never wanted his work to interfere with his service at church.

Much can be learned from the life of Ed Walker. His accomplishments are unsurpassed, and he continues to live an exemplary life, especially for being involved in church and Sunday School small groups.

God bless Ed Walker as he continues to make an impact and connect people to Sunday School.