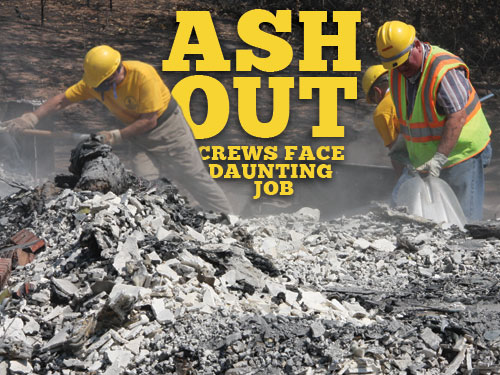 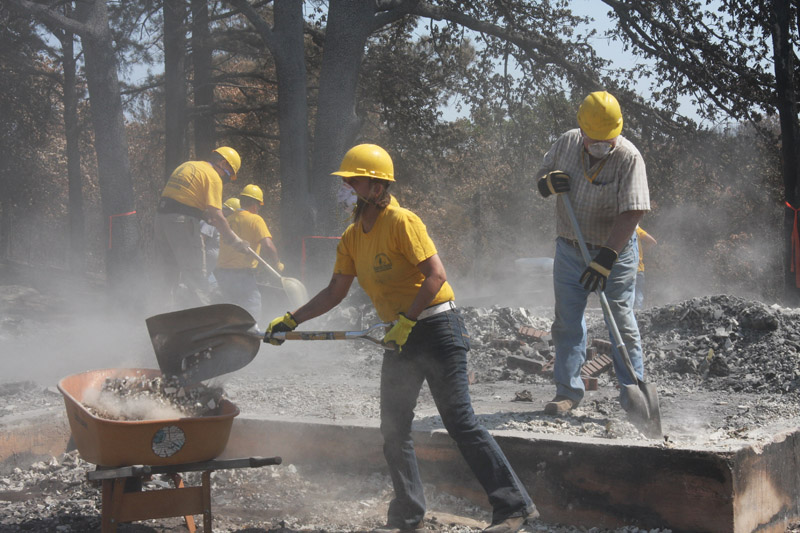 Picture a ’coon dog trying to get a fix on his quarry without the benefit of a scent,  or a local cabbie trying to deliver a fare to a destination bereft of his usual landmarks, and you might begin to understand what members of ash out teams trying to find  their assigned work site face.

Most of the home sites are in rural areas, with house numbers frequently non-existent and roadways narrow and winding through rough, hilly once-forrested terrain—not exactly Main Street U.S.A. Sometimes, even a GPS device doesn’t seem to help.

Disaster relief volunteers are fanning out across Central Oklahoma with major command centers set up in Mannford and east of Noble as they work to complete the massive job of helping to clean up more than 300 home sites left in ashes after early August wildfires. As of Aug. 14, the number of applications for help was approaching the 150 mark in Mannford alone, said Wes Johnson, Incident Commander at the Creek County Incident Command Center (ICC) at Mannford, First.

“And, there are another 28 sites near Glencoe northeast of Stillwater,” said Dave Karr, Incident Commander at the Cleveland County ICC at Noble, Twelve Corners.

Karr said he had requests for 101 jobs in that area, while another 18 jobs had been logged in the Luther area, which is being served by another ICC situated at Arcadia, First, where Randy Smith is Incident Commander.

Baptist General Convention of Oklahoma (BGCO) crews were being assisted by teams from both the Baptist General Convention of Texas (Texas Baptist Men) and the Southern Baptists of Texas Convention. Additional help was scheduled to arrive later with two teams from Arkansas, one from California, one from Louisiana, three from Mississippi, two from Missouri, two more from the SBTC and three more from the BGCT on the way.