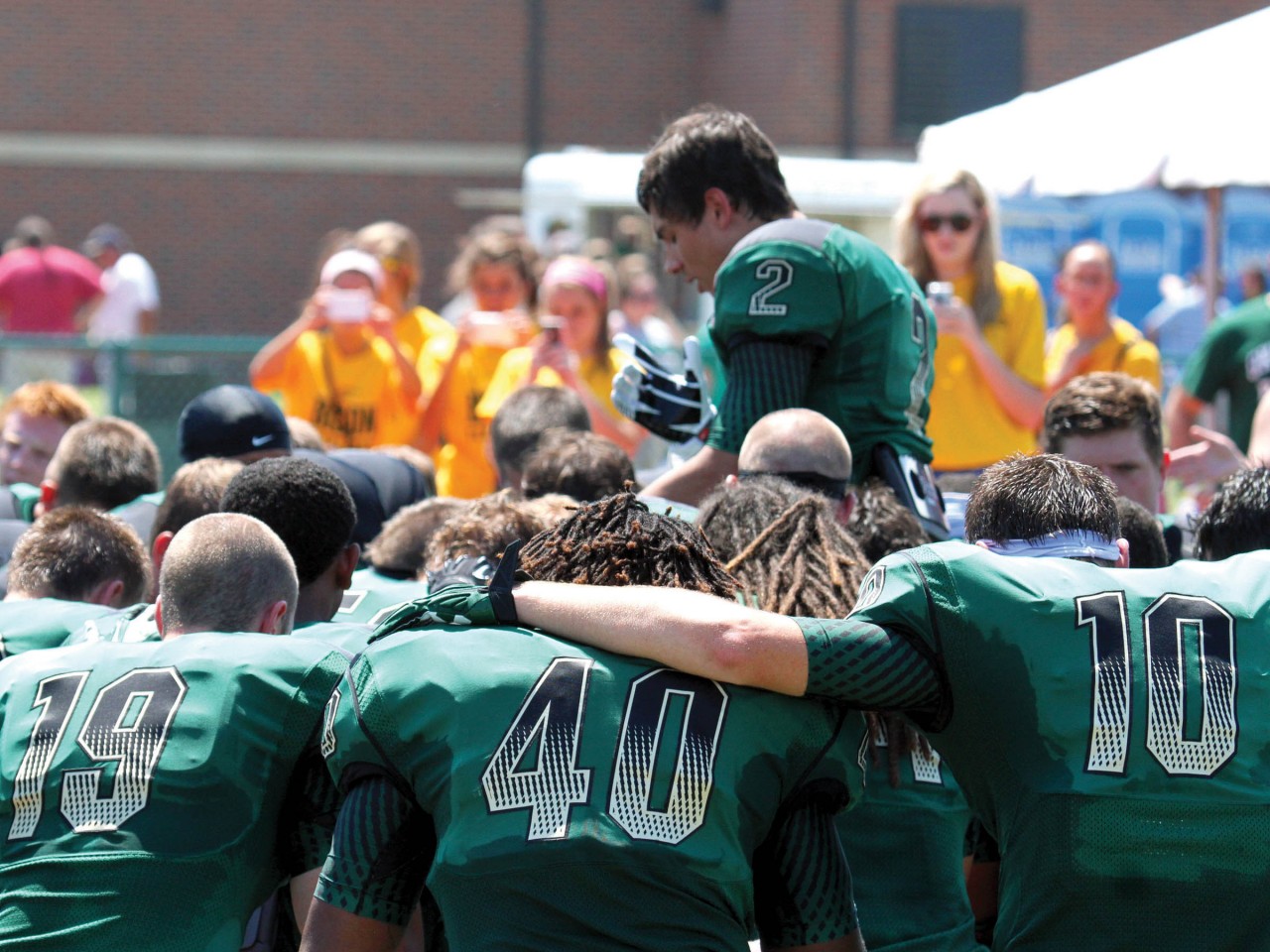 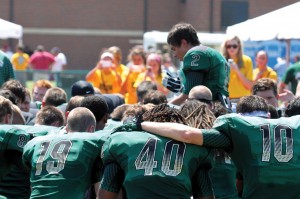 SHAWNEE (BP)—Nyko Symonds admits he was a little nervous when he entered Bob Stoops’ office to give him the news he was leaving the program.

Symonds, a third-string wide receiver and a kick holder on special teams, had decided to leave the University of Oklahoma (OU) in 2012 to pursue more playing time with another program. While the OU head football coach told Symonds he’d hate to see him go, Symonds believed he needed to make the move.

“I felt like it wasn’t right,” he said, adding that OU has a tremendous program and many solid Christians on the team. “I just felt while I was there that it really wasn’t where God wanted me to be.”

Though Symonds was “raised in the church” and made a decision for Christ when he was young, he fell into a worldly lifestyle during his early college years and “started to stray” from his faith.

“I wasn’t living an out-of-control party lifestyle,  (but) I did do things I never thought I would,” he said. “I’d say I love Jesus. I’d say that I’m a Christian, but I’d hardly read the Word.”

Life for Symonds, he said, used to be all about sports.

“Sports was literally my whole life. People knew me as Nyko the athlete—the football, baseball, basketball player,” he said. “That was really my identity—even growing up.”

After Symonds decided to leave OU, his spiritual life took an unexpected turn. While finishing up his last semester at OU, a friend on campus shared with him about a mission trip he had been on to North Carolina. The conversation, Symonds said, made him realize he wasn’t living the life Christ had for him.

One day Symonds decided to pick up the Bible and start reading the Gospel of Matthew.

“I don’t think I read two words . . . God grabbed me,” Symonds said. “His presence was in the room. I was in tears. Speaking to me, telling me that it’s time to come and live for Him and do it His way. After that my life began to change.”

Around that same time, Symonds hadn’t decided where he’d transfer to the following semester.

Enter Symonds’ former high school coach, Chris Jensen. Jensen had coached Symonds during his senior year at Southmoore High School in nearby Moore. There, the two helped lead the Saber Cats, a team that Jensen helped start, to the state semifinals.

Jensen was now in the middle of reviving Oklahoma Baptist University’s new program that hadn’t played in more than 70 years.

An evening meal with Jensen, and ongoing conversations about OBU’s football program, eventually persuaded Symonds to make the move. He transferred there in the fall of 2012—a year before the program officially began—to provide leadership for incoming younger players.

“Honestly, all I knew about Oklahoma Baptist was that they had a good basketball program and it was a tough school,” Symonds said.

It was his relationship with Jensen that helped seal the deal.

“To me, he was my favorite coach—just the man he was. The impact he had off the field was greater than any other coach I’ve been under,” Symonds said. “He’s a strong Christian man.”

Since then, Symonds, now a team captain, hasn’t looked back. Today, he is majoring in pastoral ministry with a minor in Bible.

“God is calling me to preach the Word in some form or fashion,” he said. “There is nothing more that brings me the joy I feel when I preach the Gospel and people listen and respond. I gave my first 20-minute sermon this past November.”

“A lot of people knew me as the cocky, arrogant, good athlete,” he said. “That’s how people saw me. I’ve seen people break down in tears by me just telling them my story.”

Any regrets about not being in the Sugar Bowl during Oklahoma’s 35-31 win over Alabama last week?

“For Him to bless me to be able to go to OBU, a great university, play for my high school coach, be a captain on the team, to be able to pour into kids and also grow in my own walk and overcome my struggles, I wouldn’t trade it for anything,” he said.